Our San Diego State vs. Arizona predictions call for a close, exciting game.

These are two of the most talented teams in college basketball. Both are ranked top 20 in KenPom’s rankings and the AP Top 25 poll, and both are coming off solid first-round victories in the Maui Invitational.

Both are also 4-0 this season, but these teams attack basketball in different ways.

So, what happens when an unstoppable force meets an immovable object?

Lloyd was an assistant under Mark Few at Gonzaga for years, and he has the Wildcats playing exactly like the Bulldogs. Arizona is a juggernaut offense that is dominant in transition and uber-efficient at the rim.

The Wildcats get out in transition at the sixth-highest frequency (37.4%) and have the second-highest field-goal percentage at the rim (84%), per Hoop Math.

As a result, the Wildcats have the nation’s highest effective field-goal percentage (71%), per KenPom.

So, you beat Arizona by stopping them in transition and keeping them out of the paint. And lucky for San Diego State fans, the Aztecs boast an elite interior and transition defense.

San Diego State ranks in the 88th percentile of D-I teams in transition points per possession allowed this season (.744), per Synergy.

The Aztecs’ interior defense has slipped slightly this season, but I believe that’s due to a small sample size, as the Aztecs have been top 50 nationally in 2-point defense in four straight seasons under Dutcher.

The Aztecs have a smothering man-to-man defense that excels at dictating opposing shots, forcing defenses into low-efficiency shots in the mid-range area. Moreover, their aggressive on-ball and off-ball pressure forces turnovers at one of the highest rates.

While Arizona is elite offensively, the Wildcats are having turnover issues. They run at an uber-high pace, leaving little room for error from the guards, and the backcourt tandem of Kerr Kriisa and Cedric Henderson is struggling in that area.

Therefore, the Aztecs match up perfectly on defense with Arizona. But the problem with the Aztecs has never been the defense, as the offense has always lagged far behind under Dutcher.

This year’s team is different, however, as 68% of last year’s minutes returned for this season, including the starting backcourt of Lamont Butler and Matt Bradley and big man Nathan Mensah.

So far, the offense has taken a huge step forward. The Aztecs have scored 80 or more points in three of their four games this season, something they accomplished just once in 32 games last year.

As a result, I am uber-high on the Aztecs this season and for this game. I believe San Diego State wins this game outright and, as a result, would bet on them at a PK or better. 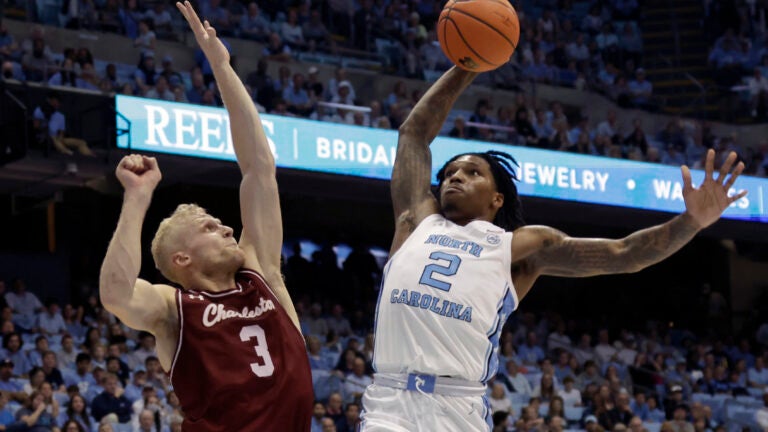 North Carolina vs. Indiana predictions: Is this a prime bounce-back spot for Tar Heels?