Fewer than 24 hours separate golf bettors from the start of the 2022 Presidents Cup at Quail Hollow Golf Club in North Carolina.

The second (and objectively lesser) of the two international team competitions the U.S. participates in sees Team USA arrive at Quail Hollow as -700 favorites to lift the trophy. Those sizable odds are largely due to U.S. dominance at last year’s Ryder Cup along with the fact Team USA has won the Presidents Cup eight straight times.

But, how to approach this competition from a betting perspective is slightly more intricate. Here, we’ll share our top player prop bets for the competition — which offer better payouts and greater variance.

All odds come courtesy of Caesars Sportsbook and are reflective at time of writing.

In taking players to lead their respective teams in total points this week, the first thing I’m looking for is a high volume of participation.

Cantlay fits the bill straight off the top as he’ll likely rekindle his Ryder Cup bromance with Xander Schauffele as one of the core teams for the United States. The other two will likely be Justin Thomas/Jordan Spieth and Scottie Scheffler/Sam Burns.

Part of the reason I’m targeting the Cantlay/Schauffele pairing is their record as a team in these competitions. Just at last year’s Ryder Cup, the pair went 2-0 in team matches after posting an identical record while playing together at the 2019 Presidents Cup.

It also helps that this team won the Zurich Classic of New Orleans last year and arrive at this tournament in great form — each has a win in their past five starts.

In terms of why I’ve opted for Cantlay over Schauffele, the thesis is two-fold. First is that Cantlay has a better Sunday singles record than Schauffele — 2-0 for Cantlay vs. 1-1 for Schauffele in their past two singles matches at the Ryder/Presidents Cups — and that Cantlay projects out slightly better in my statistical model.

Whereas Team USA has some clear-cut pairings on its side of the competition, the possible pairings for Team International are slightly cloudier.

But, the one thing captain Trevor Immelman has hinted toward is that players from the same country will likely be grouped together a majority of the time. That makes Scott, a Presidents Cup stalwart, and Davis, appearing in his first Presidents Cup, a logical pairing.

Rather than trying to identify one player out of that group, I’ll split a unit between the pair and hope this team is the one that leads the pace for the underdogs.

The case for Scott is somewhat clear: He leads this year’s International side in total appearances at the Presidents Cup and owns a brilliant match play record. Just at last year’s Dell Match Play, the 2012 Masters winner advanced to the round of 16 after going 2-0-1 (W-L-T) in the group stage.

Plus, he has a combined 29-36-6 record in match play over the course of his career, by far the best and most experienced record of the International team.

As for Davis, I’m taking a flier because of his recent form and ability to rack up birdies. Over his past 24 qualifying rounds, Davis leads all President Cup players, Americans included, in opportunities gained and sits fourth overall (second among Team International) in birdies or better gained.

Additionally, Davis brings previous experience at Quail Hollow to the fold as he tied for 26th at the 2019 Wells Fargo and sits second on the International side in SG: Total at this track. 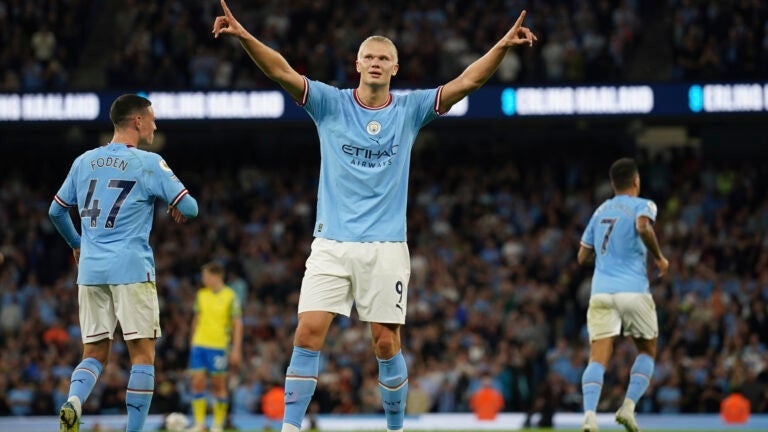 Our best bets for the Weekend EPL Derbies