Although we’re roughly two weeks away from the conclusion of the MLB regular season, bettors can still add to their portfolios by taking a swing at the futures market. We’ll look at one regular-season prop that should go down to the wire before trying to find value in some playoff futures.

While the NL Rookie of the Year remains one of the closest races, we know that the winner is more than likely to be a member of the Atlanta Braves. Atlanta’s right-handed starter Spencer Strider has had a phenomenal campaign as he’s 11-5 with a 2.67 and a 0.99 WHIP.

But while Strider’s made 31 appearances this year, he’s only been a starter in 20 games. In contrast, his center field teammate Michael Harris II already appeared in 100 games while having over 350 at-bats. Harris is hitting .305 with 18 home runs and 59 RBIs. He’s also just 21 and nearly three years younger than Strider.

When it comes to player awards, I tend to lean heavily on the Wins Above Replacement (WAR) metric, and Harris’ value (4.9) is currently a full win higher than Strider’s (3.9). Yet, it’s Strider who’s the favorite to win the award at -135 while Harris’ odds are at +100.

Based on their WAR values, these odds should be much closer, and one can easily make the case that Harris should be the frontrunner. While it might not be a particularly sexy play with long odds, it highlights the inefficiency bettors can take advantage of based on the market price.

When deciding on a World Series exacta, it helps to have at least one team you can key in, like when filling out your Kentucky Derby trifecta or superfecta ticket. That team in this spot is the Houston Astros of the American League.

I believe Houston is head and shoulders the best team in the AL based on the depth of its lineup, pitching staff, and bullpen. I’ve been stumping for the Astros for months and repeatedly backed them in their head-to-head series against the Yankees.

In the postseason, good pitching generally trumps good hitting, and Houston’s team ERA (2.92) is almost an entire run lower than that of the Yankees (3.35). If we turn to the bullpen, the Astros are at the top of the AL yet again with a 2.72 ERA compared with the Yankees (2.98).

Moreover, Houston’s ability to miss bats is precisely what you want in the postseason. Astros relievers lead all of baseball with a 10.30 K/9 ratio.

I looked at Houston’s schedule this year, and one team that wasn’t listed was the Los Angeles Dodgers. Not facing the Dodgers could create a bit of mystique should the two teams meet in the World Series.

There are, of course, other contenders, such as the Mets and the defending champion Atlanta Braves. You’d have to go back to the 2000 season to find the last time a team repeated as champions, so fading the Braves is a worthwhile strategy. As for the Mets, the Astros swept the season series, winning all four games and outscoring New York 24-6.

I know the Astros were part of a cheating scandal, but there’s no question the team was talented enough to succeed on its merit. After clinching yet another postseason berth, the Astros will be in the playoffs for a sixth consecutive season and seventh in the past eight years. Houston’s also reached the World Series in three of the past five seasons. That doesn’t happen by accident.

If you’re looking for a World Series future, I’d recommend splitting your average bet size into three wagers and keying the Astros in as part of an exacta to defeat the Dodgers (+1000), Mets (+1400), or Braves (+2200). 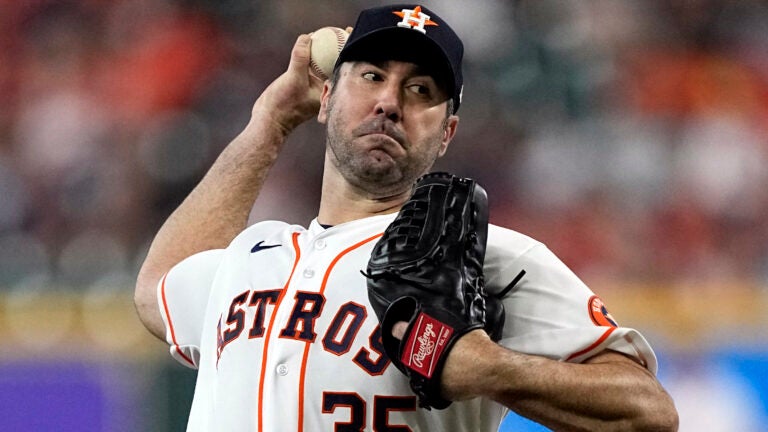 Can you still find value in the World Series futures market?