Connor Seabold didn’t have much for the Red Sox as he allowed five runs (four earned) in two innings of a 14-8 home loss to the Orioles. Monday’s loss extended Boston’s winless streak to six games and dropped its record to 72-81.

The nightmare will finally end next week when the Red Sox close out the season against the Rays. Meanwhile, there are nine games to go, so let’s see where the betting value lies in Tuesday’s matchup.

Michael Wacha’s been one of the few bright spots for the Red Sox as he gets set to make his 22nd start this season. The Texas native continues to have his best campaign in seven years after finishing with a losing record for the past three seasons.

Wacha’s 2.70 ERA is a career-best, and as a flyball pitcher, he’s been able to take advantage of the spacious parts of Fenway Park in left-center and right-center field. According to FanGraphs, his 37.9% flyball rate is his second-highest mark in the past nine seasons, but his 0.90 HR/9 ratio is his second-best mark during that span.

One thing we know about Wacha is he can pretty much put the ball wherever he wants, thanks to his impeccable command. As impressive as his 2.25 BB/9 ratio is this season, it’s his highest mark over the past three years.

However, I’d be remiss if I didn’t point out the regression that looms over Wacha, given his 3.98 xFIP and 4.31 xERA. His zone contact rate (87.9%) is the second highest of his career, but opposing hitters have only managed a .253 BABIP despite arguably an above-average hard-hit rate of 34.5%. But with likely just two starts remaining on the season, Wacha might well escape without any penalty from the regression gods.

Unlike Wacha, Bradish is more of a groundball pitcher (1.32 GB/FB). What’s interesting is that while he has a sinker in his arsenal, he only throws it 3% of the time. According to Baseball Savant, he utilizes more of his offspeed pitches, such as his slider (29.6%), his curveball (12.3%) and his changeup (8.9%), to induce ground balls.

I don’t dispute that there’s something to Boston’s success against Bradish thus far this season, although he is playing for a team looking to finish strong down the stretch.

The Red Sox already look like they’re in vacation mode. But if there’s anyone who can snap Boston out of this funk, it’s Wacha.

According to our ActionLabs database, Wacha’s teams were 30-16 for 8.57 units when facing a losing streak of two or more games with him on the mound. He’s also on a 5-0 run in this spot, and the Red Sox have yet to lose consecutive starts of his this season.

While I generally don’t get involved in baseball games during the season’s final month, I’d lean to the Red Sox if I had to pick a side. 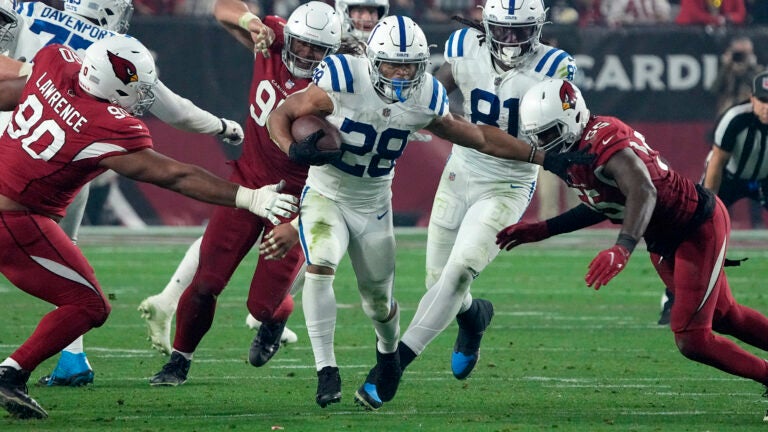 Steelers vs. Colts predictions for player props: Defenses seek to hold the stars in check