The Blue Jays clinched a wild-card spot on their day off following the Orioles’ loss to the Red Sox on Thursday. And with the Blue Jays currently on a six-game homestand, you can almost guarantee that the players had a decent night out in the T-Dot.

Toronto still has something to play for as it hopes to finish ahead of the Rays and Mariners to secure home-field advantage in the wild-card round. However, the Blue Jays offense is currently struggling, averaging just 2.7 runs over the past three games while on a two-game losing streak.

And now the Red Sox come into town fresh off a three-game winning streak against the Orioles. Can the Red Sox keep their streak alive against a Blue Jays team that might still be bleary-eyed from last night’s celebrations?

Red Sox starter Nick Pivetta won’t particularly mind if Toronto’s celebrations lasted into the wee hours of the night. After all, the Blue Jays have had tremendous success at the plate against Pivetta. According to Baseball Savant, Toronto’s roster is batting .306 against Pivetta, with a .411 wOBA and a .507 xSLG.

This season, Pivetta’s numbers are probably as good as they’re going to get when you consider that his 4.32 FIP and 4.48 xERA are right in line with his traditional ERA.

Since arriving in the big leagues, he’s struggled with the long ball. Pivetta has a career 1.50 HR/9 ratio, though that number is down to 1.32 this season. However, he’ll be up against a Toronto team that ranks in the top 10 in home runs (190). He’ll also have to keep pace with Blue Jays starter Alek Manoah, who is having a tremendous sophomore campaign.

Manoah dropped his ERA down from 3.22 to 2.31 in his second season in the majors. But one thing that greatly concerns me is the workload he’s had to endure. Manoah has already thrown almost 80 more innings this season than in his rookie year. That’s more than a 70% increase, which is something that you usually don’t see anymore in the modern day of baseball.

My model recognizes Manoah as the favorite in this contest, but I wouldn’t make his odds any higher than -178. And as for Pivetta and the Red Sox, I’d need odds of +161 or better to justify a play on the visitors.

Thus, this line is really in a dead zone for me.

But if I had to pick, I’d much rather side with the underdog than pay a higher premium with the Blue Jays. Nonetheless, this play is unlikely to make my official card on Friday. 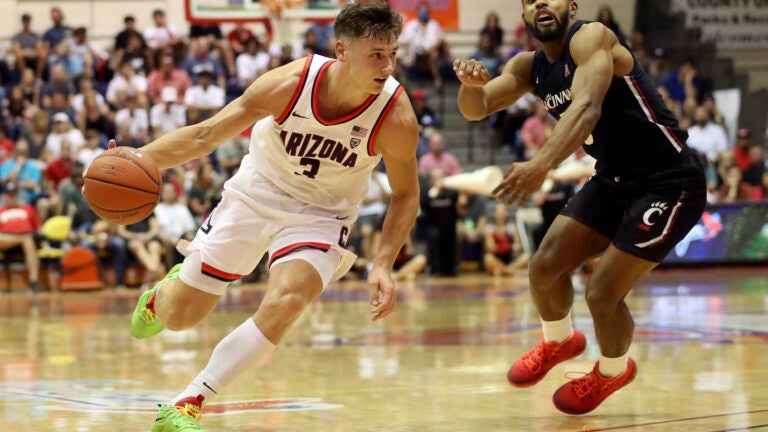 Creighton vs. Arizona odds and prediction: Will the Wildcats overpower the Bluejays?