I’ve always felt that it’s tough to handicap baseball games in September — particularly when you have two teams that don’t have much to play for. Thus, you can never take things for granted if you’re fortunate enough to win a wager during the final weeks of the regular season.

And while it was a bit of sweat, in the end, we managed to cash our play on the under in Tuesday’s Red Sox-Reds game.

But for Wednesday, I’m going to go in the other direction as my model uncharacteristically projects a ton of runs with Boston’s Connor Seabold getting the start against Cincinnati’s Chase Anderson. Odds provided by BetMGM.

I couldn’t believe my eyes when I ran my model this morning and saw a projected total of 11.63 runs. My first thought was that perhaps I had input the wrong team, such as the Colorado Rockies playing at the hitter-friendly Coors Field.

But when I checked my numbers against the current market price, I saw that the total ranged anywhere from 9.5 to 10. And then, when I looked at the pitching matchup combined with our Action Network Weather Report, I realized that I might be on to something here.

Seabold gets set to make his fifth career start and fourth this season for the Red Sox. His last start in the majors was on July 8 when he lasted only 2 2/3 innings while allowing seven runs on nine hits to the Yankees in a 12-7 loss.

The California native’s poor outing might’ve been injury-related as he landed on the IL with a strained forearm following that start. It was somewhat reminiscent of his season debut in June when he also allowed seven runs on nine hits in a 7-2 loss to the Blue Jays.

Usually, I’m not particularly eager to form an opinion of pitchers who don’t have much of a sample size at the major league level. However, given the combination of Seabold and Anderson on the mound, paired with 8-10 mph winds blowing out to the left field, I decided to make an exception.

Like Seabold, Anderson has also struggled, as evidenced by his 6.43 ERA. The veteran right-hander spent the majority of the year in the minors before getting a callup from the Reds.

I’ve never been someone who plays a ton of totals, but I have to admit that this feels like the right spot to do so. It’s easy to have paralysis by analysis, so I’m willing to trust my numbers here and lock in the over at 9.5 before it shoots any higher. 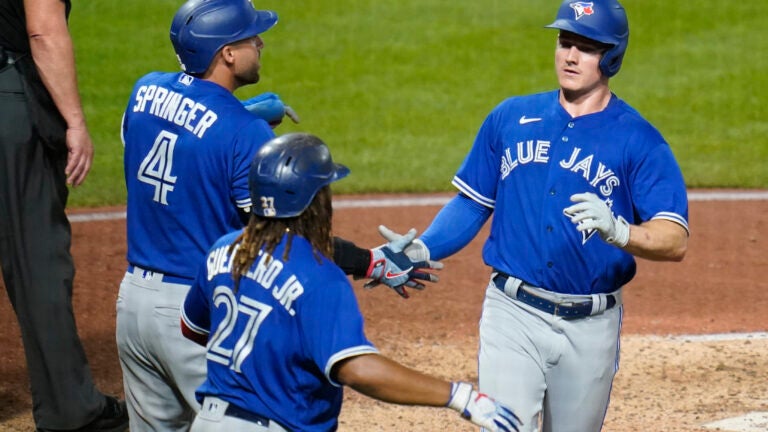 Any value on Red Sox as road underdogs in Toronto?