The latest edition of the battle for Los Angeles is here as we’re set to provide a Lakers vs. Clippers prediction for Tuesday’s NBA slate.

Both sides arrive at this contest in tip-top form with each having won two consecutive games. Most recently, the Clippers captured a 14-point road victory over the Dallas Mavericks while the Lakers produced a nine-point road win against the Portland Trail Blazers on Sunday.

Tonight, the Clippers are a consensus five-point “road” favorite with the Lakers sitting at +164 to continue their winning streak. The total is set at 230 points, juiced -110 each side.

One note before we begin — LeBron James is listed on the Lakers’ injury report for tonight’s matchup. I recommend waiting for clarity on his status before you bet this as his participation would have a big impact.

That said, I’m a bit surprised at how high this total is set given the defensive nature of earlier meetings between these sides. Although a lot has transpired since their two meetings — a 103-97 Clippers win on Oct. 20 and a 114-101 Clippers victory Nov. 9 — the fact remains these offenses leave a lot to be desired.

The Clippers are among the least efficient offensive sides in the league. Per dunksandthrees.com, head coach Ty Lue’s side ranks a dismal 28th in adjusted offensive rating despite having faced the easiest set of opposing defenses.

Plus, across their most recent set of games, the Clippers have underwhelmed slightly against fairly weak defenses. Although they’re averaging north of 115 points per game in their past five, all but one of those contests came against bottom-seven adjusted defensive rating sides.

Given the relative step up in competition — the Lakers are 18th in adjusted defensive rating having faced the eighth-hardest offenses strength of schedule — my expectation is that bettors will see a decline in production tonight in Los Angeles.

At the same time, this marks a great sell-spot on a Lakers offense facing an above-average Clippers defense.

Not only are the Lakers a bottom-half adjusted offensive rating side, but they’re battling a Clippers defensive unit that’s 10th in adjusted defensive rating. Plus, as referenced earlier, the Lakers have struggled to score points against the Clippers this season.

Further, when the Lakers have to face a solid defense this season, their outputs unsurprisingly shrink. Across 13 games against sides with a current top-10 adjusted defensive rating — three overtime games included — the Lakers are averaging only 111.7 points per game, down from a season-long average of 117.1.

In the past five games against such opponents, the average is still only 112.4 points per game.

For those reasons, I have no choice but to back a low-scoring contest here. Back the under so long as it remains available at 229 or better. 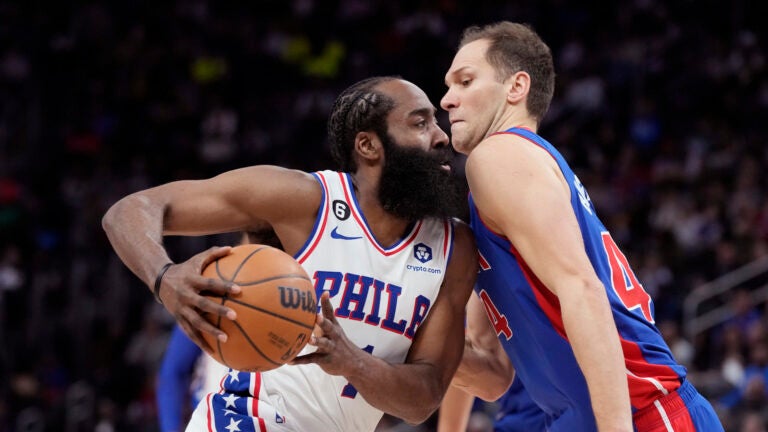 76ers vs. Spurs prediction: find value with this profitable system play on the total