With NBA training camps already underway, there’s no better time to start building our portfolios with some plays in the futures market. Thus, I’ve identified three plays that offer a ton of value, which I’ll look to lock up before the lines move away from me.

Gobert was the rebounding champion this past season with 14.7 boards per game. But what’s intriguing about this prop is that it often has repeat winners.

For example, there have been only 18 different rebounding champions since the 1980 season. Moreover, since 2007, Dwight Howard, DeAndre Jordan and Andre Drummond have won 11 of the 15 rebounding titles.

However, Howard and Jordan are closer to the end of their careers, and Drummond is now more of a reserve player. Therefore, I think it’s Gobert’s time to pick up the mantle.

We certainly have evidence that Gobert can assume this role. After all, he averaged 13.5 rebounds for back-to-back seasons before finally becoming the rebounding champion. And with his odds sitting at +350, this opportunity is too good to pass up.

If you’re looking for value, you probably can’t do much better than backing Simmons at 23-to-1 odds. I know Simmons can be a bit polarizing, but he does have the skill set to be the 2022-23 steals leader.

In the 2019-20 season, Simmons led the NBA with 2.1 steals per game. Now, after his publicized hiatus, the Brooklyn Nets will likely do everything in their power to make Simmons comfortable in his first year with the club.

Thus, it wouldn’t surprise me if they asked him to focus his efforts more on the defensive end of the court.

Last season, Brooklyn ranked 20th in points allowed — the worst mark of any of the top eight seeds in the Eastern Conference. Simmons brings instant defensive credibility to the Nets, and I can’t think of a better way for him to begin rehabilitating his image.

I’m all-in on the Zion Williamson bandwagon. The former top overall pick looks shredded right now, and I think he has a point to prove after playing only 85 games over the past three seasons.

During the 2020-21 season, Williamson averaged 27 points in 61 games on a Pelicans team that went 31-41 while coming up just short in qualifying for the playoff Play-In Tournament.

However, this Pelicans team has made strides over the past two seasons by adding veteran guard CJ McCollum. New Orleans qualified for the Play-In Tournament this past season and advanced to face the Suns in the first round after defeating the Spurs and the Clippers.

The Pelicans were a handful for the Suns, who led the regular season with 64 wins. And all the while, New Orleans held Williamson out of competition as he rehabbed a foot injury. I think the Pelicans can surprise some people if Williamson has a clean bill of health. And at 30-to-1 to win MVP, I think he’s worth a shot. 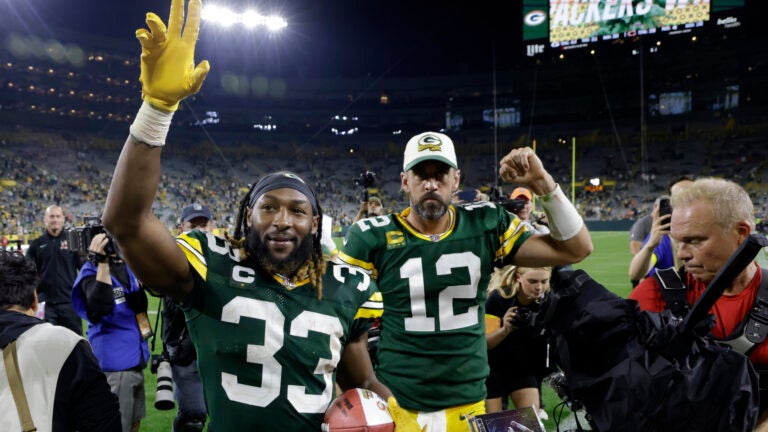