The Patriots are not only limping into their Week 4 matchup against the Packers with a 1-2 record, but they could also be without their starting quarterback Mac Jones.

Jones suffered what’s reported as a high-ankle sprain in the final two minutes of New England’s 37-26 road loss to Baltimore. The second-year quarterback hasn’t practiced this week, but Patriots head coach Bill Belichick won’t tip his hand on whether Jones will play on Sunday. If he doesn’t play, Patriots backup Brian Hoyer will replace him under center.

The question for this handicap is how much we downgrade Hoyer if he plays. I’ll try to answer that and share how I’d attack this game from a betting angle.

The look-ahead line for this game at most sportsbooks listed Green Bay anywhere from a 5- to 6-point favorite. Then, once word began to spread about Jones’ injury, we saw it pop up to -9. Sportsbooks were always going to move the line past the key number of seven, so it wasn’t surprising to see it closer to -8.5 or -9.

Green Bay likely took sharp money from -6 to -9 before the public got involved and pushed it as high as -11, which is where we finally got some buyback on the underdogs.

But when we talk about how valuable a quarterback is to a point spread, you’ll probably get a more accurate projection when you assess them more over an extended period than just one game. Coaches usually have a better chance of scheming up a game plan for their backup quarterback, but it becomes more challenging when they have to play for consecutive weeks.

As a result, I would probably say that Hoyer is conservatively anywhere from a 1.5- to 2-point downgrade from Jones, but I certainly wouldn’t drop him more than three points.

The other thing worth considering is whether we can trust Green Bay to win this game by that margin against a non-division and non-conference opponent. My guess is that the Packers are less-incentivized in this spot. According to our ActionLabs database, Green Bay is just 4-4-1 against the spread (ATS) as a favorite in non-conference games, with an opening spread between five and 10 points and a closing line between seven and 10 points.

Moreover, Belichick is 6-3 ATS as an underdog of six or more points and 2-0 ATS in this spot when facing a non-conference opponent. I’d want maximum value for my play, so I prefer buying this line up to 10.5 with New England and swallowing the 10-cent juice. 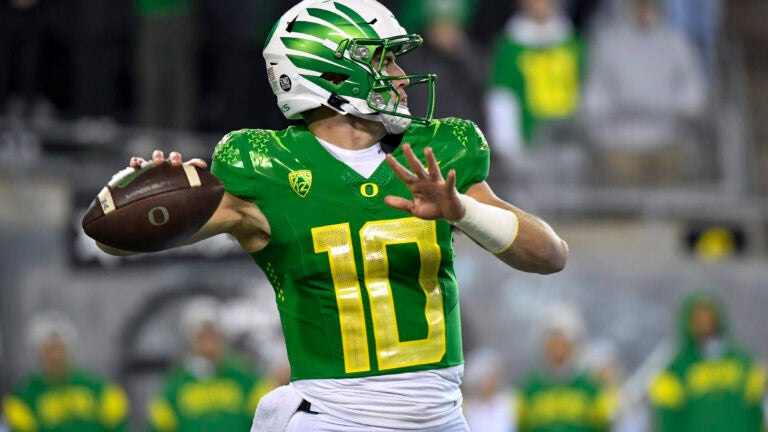 Oregon vs. Oregon State predictions: time to target the total in this rivalry showdown