Sunday’s slate is filled with many great games, and oddsmakers expect many of them to be competitive as 13 of the 15 games have spreads with a touchdown. However, one of those tight spreads offers excellent value. So let’s dive into my best bet of the week.

When Dak Prescott got injured in Week 1 against Tampa Bay, many thought the sky was falling as Dallas would be unable to compete without their star quarterback. However, the team’s results since then have been quite the opposite of what the public and the oddsmakers thought.

Quarterback Cooper Rush is 2-0 at the helm this season as he’s led the Cowboys to upset victories over Cincinnati and the New York Giants. Now he’ll take his squad on the road against a reeling Washington team.

The Carson Wentz experiment has not worked all that well for the Commanders, as they have dropped two straight after winning their season opener. Washington enters this matchup ranking 30th in yards per play as Wentz has not gotten it going through the air, and Antonio Gibson has been ineffective rushing the ball. Those results have one common denominator: the offensive line.

Those types of results should be no surprise after seeing that Washington ranks 26th in line yards. Essentially the offensive line is getting no push up front, which may put their backfield in an awful spot.

The strength of this Dallas team is the defensive line. They have the highest sack percentage and will now go up against an offensive line that is 30th in sack rate allowed. Dallas will be able to create constant pressure on Wentz and likely force turnovers, as their secondary has been fantastic. The Cowboys are 12th in opponent completion percentage allowed and second in yards per pass.

While the Cowboys defense may dominate this matchup, Cooper Rush and the Dallas offense will have to get on the board to cover here, but that should not be an issue. Rush has been very efficient and, as a result, effective in throwing the ball. He has completed nearly 63 percent of his passes and has yet to throw an interception. The Commanders’ secondary may have trouble with the talent of CeeDee Lamb and Michael Gallup; they rank 26th in yards per pass allowed.

Though Rush may have success through the air, the Cowboys will be able to dominate on the ground. They have one of the best one-two punches in the game, with Ezekiel Elliot and Tony Pollard running the ball. The duo have combined to average five yards per carry and will now face a defense that ranks 29th in yards per rush allowed.

Dallas has climbed to a three-point favorite since opening, and the market is also beginning to push that number. The Cowboys should be in total control of this game. I would bet them up to -3.5. 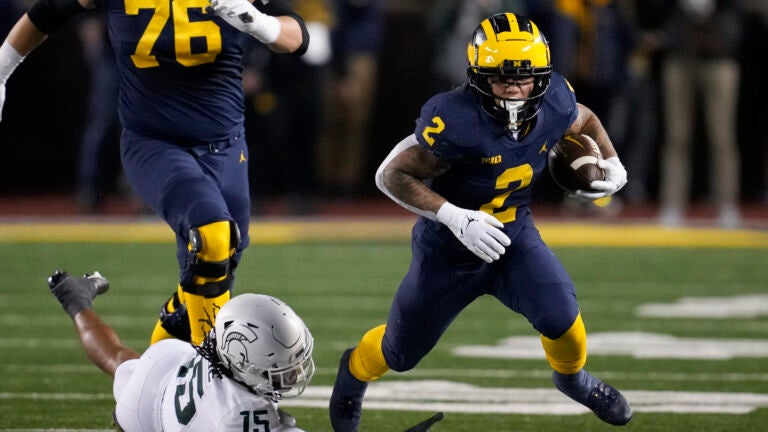 Michigan vs. Ohio State predictions: can Wolverines keep it close with dominant Buckeyes?