The Green Bay Packers will try to keep their slim playoff hopes alive when they travel to Philadelphia to take on the Eagles on Sunday night, and we have Packers vs. Eagles predictions.

Green Bay is coming off a disappointing 27-17 Thursday night home loss in Week 11 to the Titans.

The Packers trailed the entire game as the Titans went right down the field and scored a touchdown on their first possession.

Green Bay never got much of a chance to control the game and the time of possession. Moreover, the Packers struggled to run the ball against the Titans’ stout defense.

However, the Packers should have better opportunities against this Eagles outfit.

Philadelphia has failed to win by the point-spread margin in any of its past three games.

It’s worth noting that their opponents managed to keep the Eagles’ offense on the sidelines by running the ball and winning the time of possession battle.

Green Bay will need to follow a similar blueprint to have any chance of picking up a win. As a result, this is one game where you’ll want to target Packers’ running backs for your player props.

With the Packers’ abandoning the run in Week 11 against the Titans, Aaron Jones finished with just 40 rushing yards on 12 carries to the Titans.

In two of the three weeks before that, he carried the ball at least 20 times.

I think this is an excellent buy-low spot with Jones because in four of the five games this season where he finished with 12 or fewer carries, he had at least 16 the following week.

We’ve seen opposing teams be able to move the ball on the ground against the Eagles. According to Football Outsiders, the Eagles rank 26th defensively using their run DVOA metric.

Look for the Eagles to get a heavy dose of Jones toting the rock on Sunday night.

AJ Dillon struggled as well against the Titans. The third-year running back rushed for just 13 yards on six carries.

Green Bay can pack quite a punch when the duo of Dillon and Jones fires on all cylinders. Dillon has been very resourceful as the second running back in the Packers’ system.

The Boston College product is averaging 4.0 yards per carry. Moreover, Dillon rushed for at least 30 yards in nine of his 11 games this season.

The last time Dillon recorded fewer than 20 yards, he bounced back with 54 yards in the next game.

I think we’re getting a ton of value here with a player who’s proved to be very consistent.

Take the over in Dillon’s prop of 28.5 rushing yards. 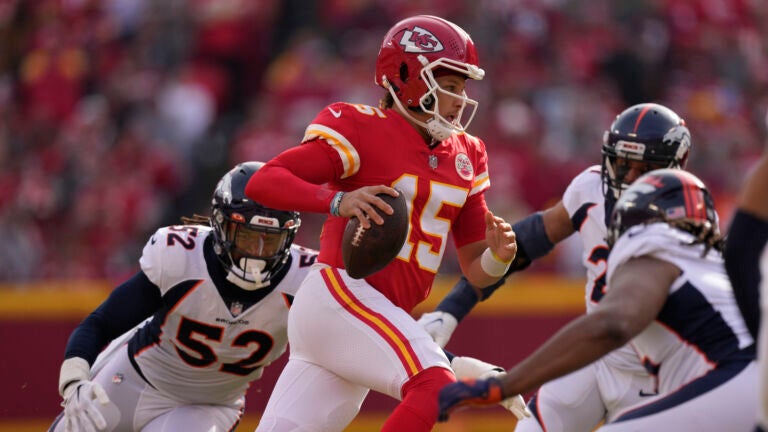