With Week 14 approaching, we’re nearing the final stretch of the NFL regular season. Thus, this is a decent time to scour the NFL market for mispriced futures.

I’m not entirely against taking a chalk play — particularly if your reasoning is sound.

As a result, I’ve put together some plays you might want to consider adding to your portfolio.

Everything you need to know about sports betting in Massachusetts

Jacobs is playing like a man possessed after the Raiders declined to pick up his fifth-year option worth around $8 million. At 24 years old, Jacobs won’t get a better chance at a big payday when he becomes a free agent this offseason.

The Alabama product has 1,303 rushing yards on 5.4 yards per carry. He’s also chipped in with 10 rushing touchdowns.

Jacobs already leads the league in rushing, but his current odds are as high as -160.

Thus, I prefer to back him to lead the league in yards from scrimmage.

According to Pro-Football-Reference, Jacobs currently has a 225-yard lead on Miami’s Tyreek Hill. But what sets Jacobs presently apart is what he’s doing in the Raiders’ passing game.

Through 12 games, Jacobs already has 331 receiving yards which is 17 yards short of tying his career high.

If you look at Hill, Dolphins head coach Mike McDaniel is making a conscious decision not to utilize his dynamic receiver in the running game.

Hill has just six carries on the year, which is well short of the touches we saw him get when he first came into the league.

As a result, I don’t know if the usage of Jacobs is slowing down anytime soon — especially when the Raiders still have a sneaky chance of playing their way into the postseason.

I’m not someone who pays much attention to HBO’s “Hard Knocks” show, but you couldn’t help but notice the viral clips of an emotional Williams pleading with his teammates to give their all in the hopes of improving on their 3-13-1 campaign last season.

Whether you think Williams was genuine or simply putting on for the cameras is entirely up to you.

I will say that his teammates likely won’t care what you believe because, by the look of things, they’ve got his back all the way.

Williams entered the season as the Lions’ second option at running back. However, he’s emerged as the team’s lead ball carrier after D’Andre Swift missed some time due to injuries.

Williams leads the NFL with 14 rushing touchdowns, two more than Cleveland’s Nick Chubb, who is in second place.

The difference here, of course, is inside the red zone as Williams dominates Chubb in touches: 93 to 58.

It’s worth noting that the Lions rank second in the league in red zone chances with 3.8 per game.

I think the Browns may focus more of their red zone offense on getting Deshaun Watson up to speed since he’s been away from football for almost two seasons.

Thus, we’re getting a reasonable price at +170 here with Williams. 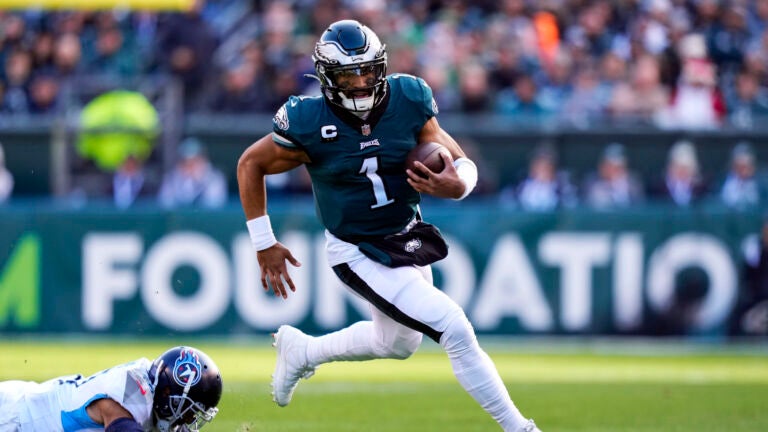