The World Cup is rapidly approaching and we’re continuing to offer up our futures market predictions.

Having broken down our favorite “to advance” bets earlier today, we now flip the coin and focus on the other side of the market: NOT to advance. Here, we’ll break down two teams that could be in for a shock early exit from Qatar when they’re expected to go through.

Without further delay, let’s get right to the picks. Odds come courtesy of FanDuel Sportsbook and are reflective at time of writing.

Not to Advance Bet No. 1

This is effectively a bet on Japan to advance, but you’re getting a slightly better price on Germany not to advance.

As crazy as the thought of Germany failing to reach the knockouts at two straight tournaments is, they’ve posted some concerning underlying metrics of late.

Those issues can largely be attributed to a lackluster German defense, which conceded 2.05 xGOT per 90 minutes and kept only two of six opponents under one xGOT, per fotmob.com.

Given the relative inexperience of the defense on Germany’s Cup squad, with the average number of caps for all nine defenders 22.7 and with only two above 40 caps, I expect Germany could exit early once again.

Back the Germans to miss the knockouts at +450 or better.

Not to Advance Bet No. 2

The odds certainly aren’t as sexy here, but Croatia is trapped inside a quietly difficult group.

Although I’m not very high on Belgium for the entire tournament, they have a very high ceiling if their players round into form. Then, you have Morocco and Canada, the two teams that will likely challenge Croatia for the second spot in the Round of 16 from Group F.

I’m slightly higher on Canada as a result of their strong attack and think they could challenge a normally-decent Croatia defense. In their past nine fixtures against fellow Cup sides, Canada has generated 1.38 expected goals per 90 minutes and never fewer than one expected goal.

Additionally, the Canadian defense has also held up well in those fixtures, allowing only 1.07 expected goals per 90 minutes.

But, bettors shouldn’t count out this Morocco side either. In five Africa Cup of Nations fixtures, the Moroccan attack created 2.24 expected goals per 90 minutes, albeit with three of those matches coming against sides outside the top-100 in the FIFA rankings.

As for Croatia, this was a side that lost all four of its European Championship fixtures on expected goals while allowing 1.67 xG/90 minutes in two matches against the Czech Republic and Scotland, both non-tournament sides.

Add in an aging squad and I’ll take a shot on Croatia missing the knockouts. 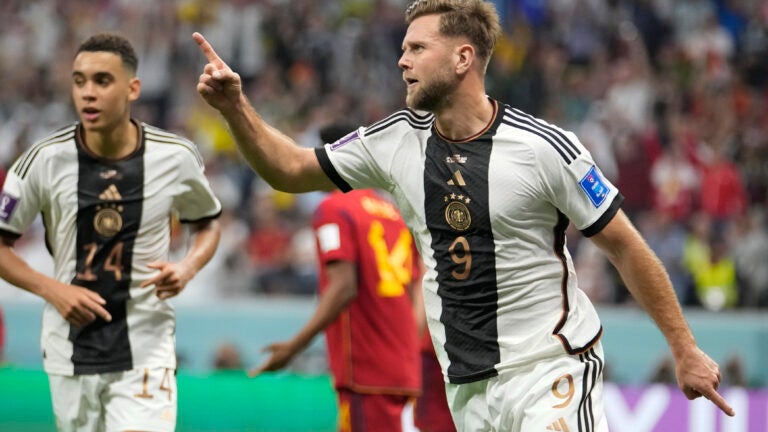