The third-row seat adds versatility, but it also pits this L version against a dynamic set of competing models. Among the best is the 2021 Kia Telluride. Introduced just a couple of years ago, the Telluride has impressed Edmunds’ experts with its spacious interior, nicely appointed cabin and competitive price point. Which SUV is the better buy? Edmunds compared them to find out.

Both of these SUVs have a smooth ride quality and well-cushioned seats. And unlike many rivals, the Telluride and Grand Cherokee L offer plenty of legroom and headroom in all three rows. That means even 6-footers will have no problem comfortably sitting in the very back.

There are a few minor differences, however. The Kia’s interior is noticeably quieter while traveling at highway speeds, and its seats do a better job of holding you in place when going around turns. The Telluride also has an advantage in storage space, providing 21 cubic feet of storage behind its third-row seat compared to the Grand Cherokee L’s 17.2 cubes.

Each SUV comes standard with a capable V6 engine. In the Kia’s case, it’s a 3.8-liter engine that produces 291 horsepower. The Jeep 3.6-liter engine makes a nearly identical 293 horsepower. However, the Telluride is up to nearly 700 pounds lighter than the Grand Cherokee, and that helps it accelerate quicker than the Jeep. Edmunds’ testing reveals that the Telluride zips from zero to 60 mph in 7.5 seconds, compared to the Grand Cherokee L’s 8.6 seconds. That’s enough of a difference to notice when quickly accelerating to enter a highway or pass a slow-moving vehicle.

But the Grand Cherokee L has three aces up all-new sheet metal. The first is an available 5.7-liter V8, which produces a that’s-more-like-it 357 horsepower. Also, the Jeep can tow more. While the Telluride maxes out at 5,000 pounds, the Grand Cherokee L’s V6 can pull up to 6,200 pounds. Opting for the V8 bumps towing capacity to a stout 7,200 pounds. Lastly, the Jeep is one of the few vehicles in this class geared toward off-roading, with available add-ons such as hill descent control and an advanced traction management system.

We think that Jeep’s Uconnect 5 infotainment system features one of the most intuitive touchscreen interfaces on the market. The digital buttons are quite large, and the generous screen size means there’s plenty of virtual real estate to work with. Not to be outdone, the Kia has a similarly easy-to-use system with crisp, clear graphics.

The two SUVs are also pretty evenly matched in terms of the punch and clarity of their range-topping audio systems, breadth of advanced driving aids and safety features, and smartphone integration. The two are on such equal footing that we consider this one a dead heat.

The rear-wheel-drive Jeep Grand Cherokee L starts at $40,085, including destination and handling charges. You get a lot for the money, with desirable features such as a power liftgate, heated front seats and adaptive cruise control all standard. A fully loaded Summit Reserve V6 will set you back $65,430, or $68,725 if you opt for the V8. The Grand Cherokee L has plenty of features throughout the range to back up the lofty price tag, but interior materials quality is a little underwhelming.

The Telluride is far less expensive; it costs $34,015 in its base form and tops out at $51,805 with every major option box ticked. Kia doesn’t offer some ritzy features you can get on the Jeep, such as massaging seats or four-zone climate control. But unless you’re considering that top-spec Grand Cherokee L, you’ll generally find that the Telluride offers a similar offering of features at a significantly lower price. Its interior also exudes a more premium feel once you start closely examining the fit and finish of the materials.

EDMUNDS SAYS: The Kia Telluride and Jeep Grand Cherokee L are two of the hottest three-row SUVs on the market, but only one can take the crown in a direct comparison. While the Grand Cherokee L certainly has appealing attributes, the Telluride wins out with its well-rounded nature and superior value. 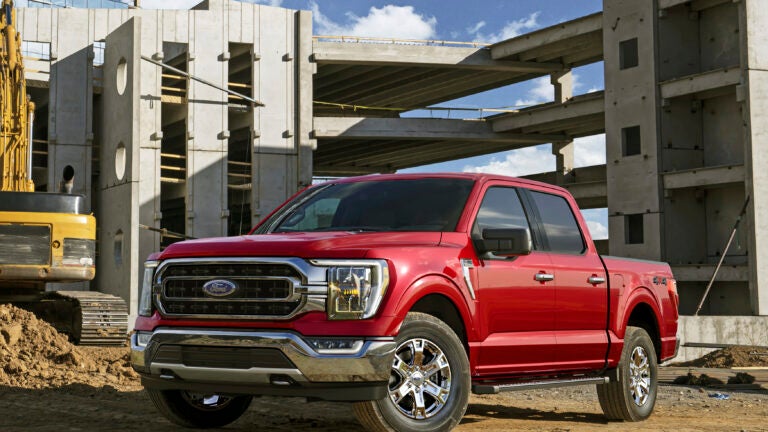