You’ve likely seen it on TV: A classic car auction, with vintage cars rolling by the auction block. The bright lights, the TV commentators, the auctioneer babbling faster than you can keep up.

This is the experience of the Barrett-Jackson Classic Car Auction, and what you see is only the tip of the iceberg.

Barrett-Jackson was founded by Russ Jackson and collector Tom Barrett as a charity car show in 1967. A few years later, in 1971, they partnered on the first auction. Craig Jackson took over in 1991 as chairman and CEO after the passing of his father, a changing of the guard in the classic car hobby.

Before then, a “classic” was considered a pre-war car. So Jackson pivoted the assortment of cars to where the hobby was going, which meant muscle cars from the 1960s and 70s.

“The demographics were changing.” Jackson said. “We were seeing the average age of a buyer getting younger.”

It was around this time that Barrett-Jackson partnered with Speedvision. In 1996, the company recorded its first auction to tape, and by 1997, their auctions were airing live. Speedvision became SPEED, and with the demise of SPEED in 2013, the auctions moved to Velocity. They’re routinely one of the network’s highest-rated television events. 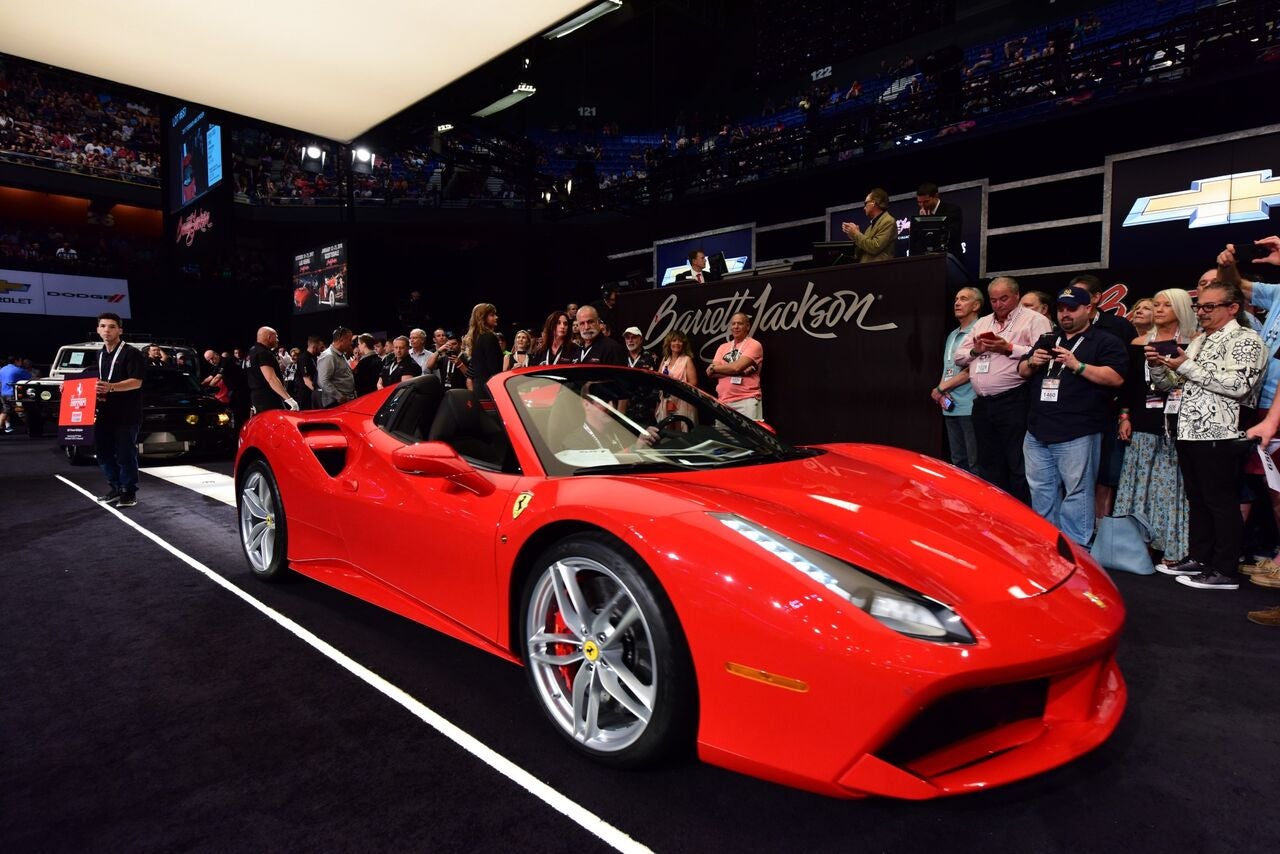 This coincided with the growth of the auction events around the U.S. From June 21 to June 24, Barrett-Jackson hosted its second-ever Northeast Regional auction at Mohegan Sun Casino in Connecticut, one of a handful of stops around the country.

“At this Northeast auction, we had collectors from 46 states and five foreign countries,” Jackson said.

Part of that growth can be attributed to the popularity of the the events that take place off the main stage. There’s a massive paddock where the auction cars can be viewed before they go before the crowd. Automakers like Ford and Dodge feature elaborate stages with their latest performance vehicles, too.

To enter a car in an auction, owners reach out to Barrett-Jackson via mail, phone, or online. They will ask the owner for photos of the car, a copy of the title, and any information on the car’s provenance.

That word “provenance” is really important in the classic car community, and represents any information that gives the car a unique story. Was it previously owned by Steve McQueen? Was it raced at Lime Rock Park in 1969? Was it the first, last, or only car of its kind to be built like this? Anything that makes the car stand out builds its provenance.

Barrett-Jackson then calls back the owner to further establish the story of the car. If the story adds up, the owner pays an entry fee, and the Barrett-Jackson machine starts turning. “We start marketing the car in the catalogue, and across various media platforms and email blasts,” Jackson said. 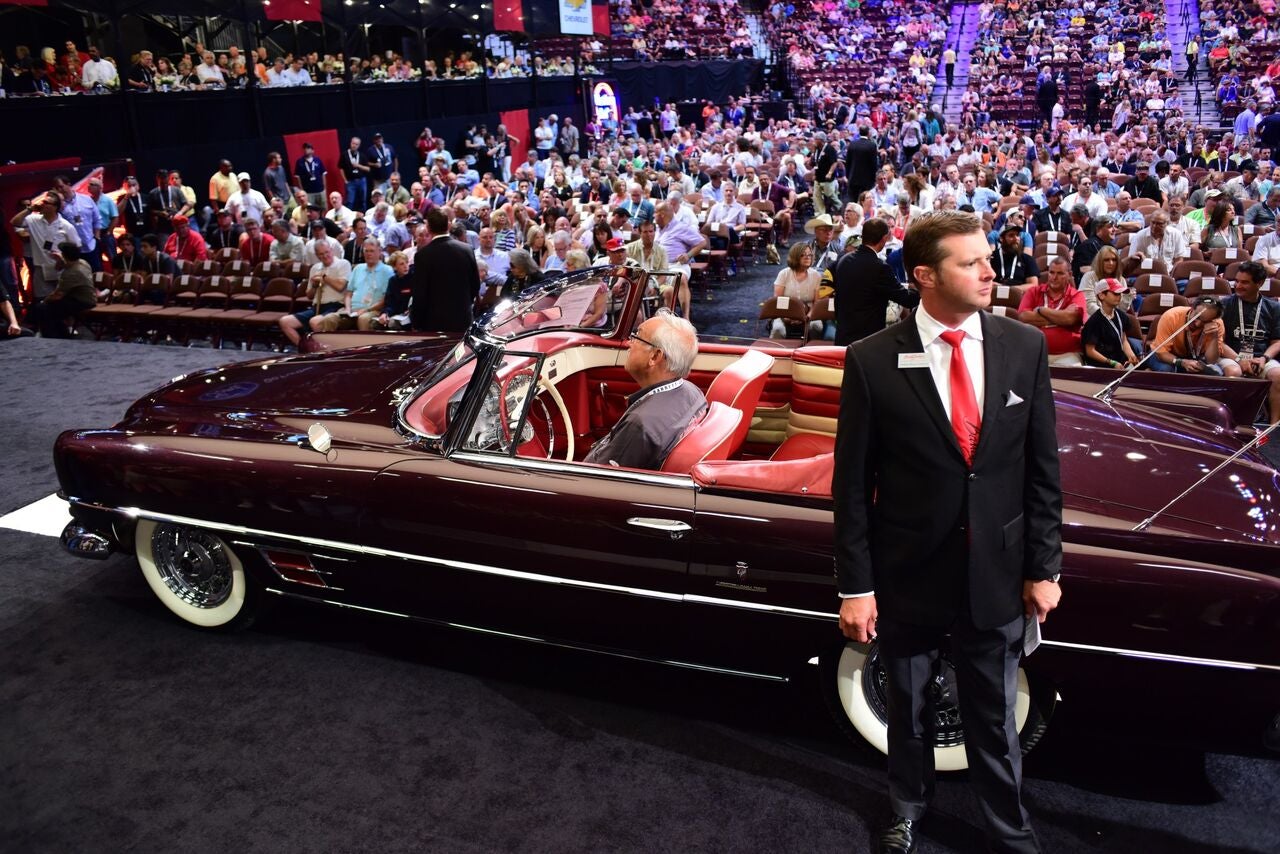 One of the original factory HEMI-engine cars, a 1958 Dual-Ghia Convertible sold for $269,500 at Mohegan Sun.

The owner brings the car to auction and it is checked in. If it is a really rare car, Barrett-Jackson’s team of experts check the car over to validate the owner’s story. These guys are good, and cars with stories that don’t check out have been removed from dockets in the past.

After all the weeks leading up to the auction weekend, the vehicles spend a precious few moments on the exceptionally well-lit auction block, where they could go for thousands — or sometimes millions. In 2007, a 1966 Shelby 427 Cobra Super Snake sold for $5.5 million, setting a Barrett-Jackson record.

Being a bidder is a far simpler process; you just need the money. “Once you contact our bidder department,” said Jackson, “we contact your bank, and get a letter of guarantee that the bank will be able to issue you a check on the days of the auction.”

Once the hammer drops, Barrett-Jackson mails the seller a check within 21 business days.

A unique aspect of the Barrett-Jackson auction is the ringmen, who act as a liaison between the auctioneer and the bidder. Each ringman has a special howl, scream, or holler to get the auctioneer’s attention.

“Some of our arenas are 300 feet back or more,” said Jackson, “We sometimes have 50 ringmen in our larger arenas.”

Jackson was able to grow the auction into the classic car empire it is now by evolving, and the hobby is once again changing. For more than a decade, muscle cars have been going for big money, but now, car enthusiasts are looking to cars from the 70s, 80s, and 90s as their dream cars.

“We are like the New York Stock Exchange,” Jackson said. “We’re a true marketplace.” 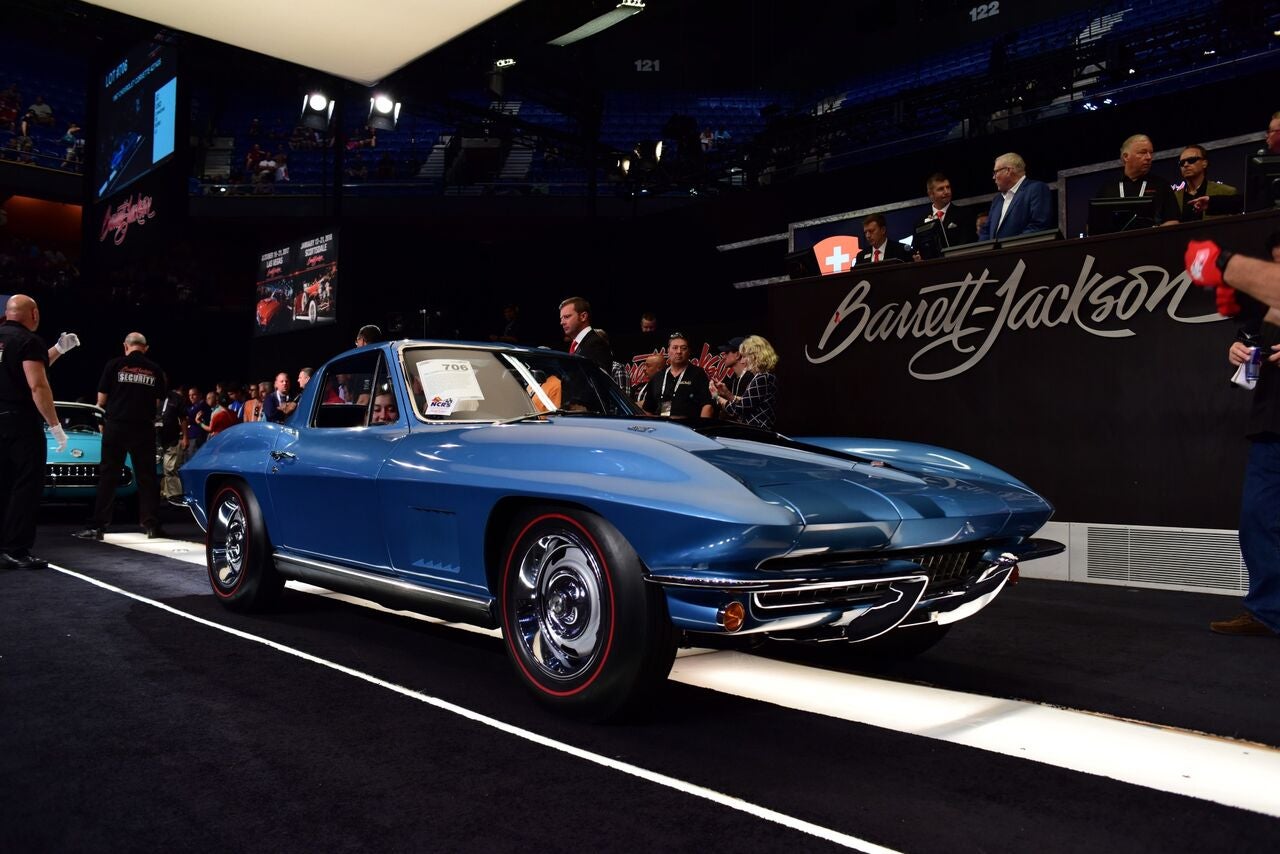 George Kennedy is a freelance automotive journalist and automotive expert. You can reach him at [email protected] and on twitter @GKenns101. 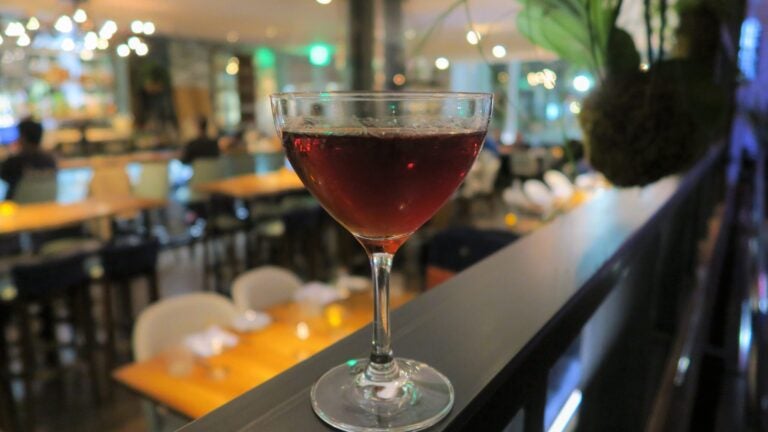 How art and mixing drinks come together at this Brookline bar