The Tesla Model S is one of the most buzzworthy cars on the market. Its sharp looks and blistering performance have proven that electric vehicles can be cool.

So one Massachusetts man decided to take matters into his own hands — literally. He goes by Rich, and on his YouTube channel, “Rich Rebuilds,” you can see his work: combining salvage Teslas to make new, running cars.

His efforts have attracted a mass following with over 310,000 followers on YouTube and multiple videos racking up more than 1 million views. His efforts have also caught the attention of some Tesla employees in Palo Alto, Calif.

We spoke to Rich to learn what it takes to combine salvage electric cars to create street-legal, roadworthy runners.

Boston.com: Have you always been into cars? What did you do before making YouTube videos?

Rich Rebuilds: I work in the Financial District in Boston, and I’ve always been into cars. For a long time, I never knew how to pursue that passion. So I would tinker with the cars that I had, like my Corvette.

I make a decent wage, but making the jump from full-time IT to full-time auto mechanic was a lot, so I wanted to explore working with cars as a hobby at first. Then, a few years ago, a friend of mine got a job at Tesla. He brought by a Model S, and I instantly fell in love.

How did you get into working on Teslas? Can you take us through the process of that first salvage build?

When my friend brought by the Model S, it was awesome. It checked all the right boxes for me. Then he told me the price.

Once he told me it was $100,000, I said to myself, I’ve gotta be able to get one for cheaper. So I looked for ones that were dinged up, damaged, but still driving. I ended up Googling a Tesla that was in a field and was inexpensive enough to catch my attention. I later found out it had been in a flood. But I was cocky and just thought, how hard could this be?

I figured it was like a really big cellphone, and I could put it in a bag of rice or use a ton of hair dryers. But I found out just how difficult it was, and that’s where this all kind of started.

And what has been your relationship with Tesla during all of this?

When I called them up the first time, I told them I took a car apart due to saltwater damage and asked to buy parts. They said they can’t sell parts to me and kept repeating that. I thought to myself, what am I going to do?

What would normally happen, with any other car, is I’d tell them the car and go to the parts department of a dealership and they sell you a part for a vehicle. To be honest, I wasn’t used to not having support from the automaker.

So what did you do when Tesla wouldn’t sell you parts?

I ended up purchasing another car for another $15,000 and harvested all the parts from one car into the other. The second car wasn’t flooded, but it had head-on damage.

It took several months to complete the project. I worked on it during nights and weekends. My wife has a car and I have a Corvette, so the second car couldn’t sit there. I had to commute to a tow yard about an hour away. I’d bring tools, take parts off the car, and drive back an hour to put the parts back on the other car.

I learned to work on these cars through reverse engineering — trial and error. That’s how we built it. As I was taking the flooded car apart, I was learning about it. 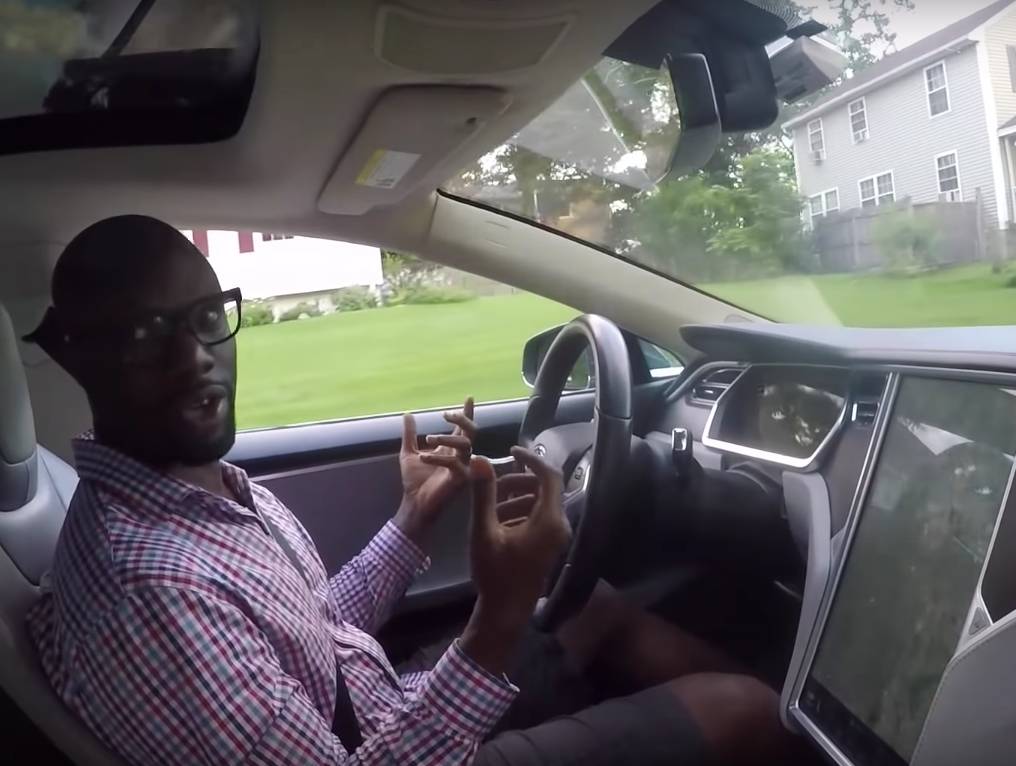 On the road, tracking down another salvage Tesla.

Any issues with working on the Tesla software?

Not really. There were some issues in the beginning. Some of the components of the two cars wouldn’t talk to each other. So I literally had to use everything from the dry car and the frame from the water-damaged car.

Another issue was that I needed a key for the car. After I powered the car up, I looked in GPS, found the old owner, and reached out. We had a long conversation, and he called Tesla. A week later, he called back and said he had a key.

When did you decide to turn your work into a YouTube channel? And what has running it been like?

For the very first build, I just did random pictures and posted them in a Tesla forum. That one thread had more than 700,000 views, and that was just posting pictures. Someone suggested I should put this on YouTube, and I went from there.

Running a YouTube channel is not for the faint of heart. You’re putting yourself out there every time you post a video. A single one of my videos could reach a million viewers. A very small percentage are strict haters, and a lot of people post comments questioning my abilities.

It’s demanding. It’s a full-time job to stay on top of YouTube searches. And on top of that, I still have my day job.

And what has Tesla’s response been to your channel?

[I’m told] a lot of people there watch the channel, whether they want to admit it or not.

There are only like five people out there who can do this Tesla work. Some won’t document it for various reasons. Go on YouTube and look up Tesla videos, and very few are bringing truth to the masses. There are many Tesla evangelists, and they will only show the good side of the car.

Massachusetts is a “right to repair” state. What does that mean, and what does it mean for you and your relationship with Tesla?

It means that the consumer has to have the same rights to repair manuals, tools, and software to diagnose and troubleshoot the products they own. From an automotive standpoint, the consumer needs access to computer equipment, too.

But here’s the tricky part: Tesla doesn’t have any dealers. They have showrooms and service centers. So they technically aren’t dealers. … They have an online repair manual and will charge $100 a day to use, and $3,000 for the year. If you have access to that manual, it just tells you how to take parts off. It doesn’t explain how to diagnose, thus driving people back to service centers.

What are some of the other big challenges in doing these builds?

Parts availability. Unfortunately, I have to wait until someone crashes their car to get parts. Which is why I’ve been stockpiling parts to fix my own vehicle, in case I need to replace something on the car I have. This is 2018, and this is the process that I have to deal with.

On the flip side, what have been some the biggest surprises?

Once you’re finished, there’s a big allure to a Model S. Once you’ve driven one, you’re not going to want to go back. Also, they are surprisingly very easy to work on. No grease or oil. Fewer moving parts.

Do you hope your channel will inspire more people to attempt to DIY their Tesla?

It’s inevitable that we’ll see more electrification in mainstream cars in the future. Where do you see things going for the aftermarket and modification?

What people don’t realize is that some people hate EVs. They think they can’t be performance cars. But think about your first remote control car or Power Wheel. It was an EV.

What’s one thing you’ve learned from this journey?

Don’t be scared to fight big corporations. They are listening. We’ve already made an impact. If you are wronged by a company, don’t sit idly by. Start your own thing, and let it catch on.

This interview has been lightly edited and condensed. 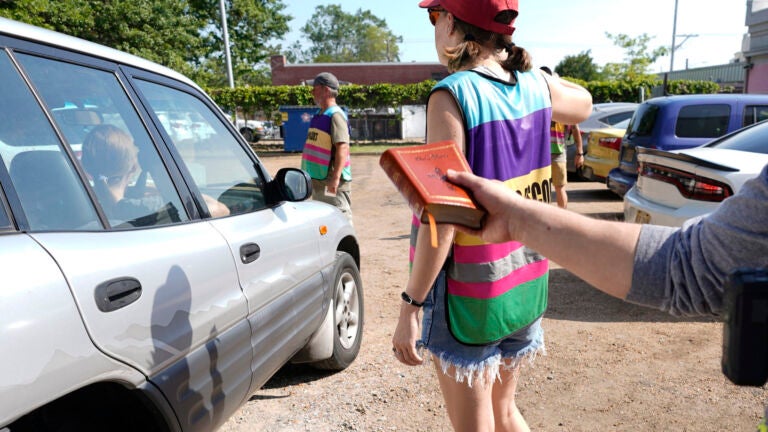