They’re classic cars fit for a concours d’elegance, a royal wedding or simply a quiet drive down a country lane. They exude vintage elegance, but lifting the hood reveals they’re fueled by electricity, not gasoline.

When Prince Harry and Meghan Markle quietly sped off in a 1968 E-type Jaguar after their 2018 wedding, they made automotive history. Although completely “stock” in appearance, beneath their roadster’s sleek, opalescent blue bonnet throbbed a heart measured in kilowatts. Indeed, the royal honeymoon coach was believed to be the first classic sports car converted to electric power by a major automaker.

Shortly before year’s end, another venerable British marque joined the trend, the newcomer being Aston Martin, the century-old automaker. (In October, Morgan Motor Co. of England postponed plans to introduce an electrified version of its iconic three-wheeler.)

Aston Martin unveiled a reversible “cassette” system meant to offer owners the best of all worlds. Installed directly on the original engine and gearbox mountings, the zero-emissions EV powertrain is enclosed within its own self-contained cell or “cassette.” If an owner wishes to compete in classic car shows or sanctioned motor sports events, the original engine and transmission can be reinstalled in about a week’s shop time, said Paul Spires, president of Aston Martin Works.

“We want to give our heritage cars greater longevity,” Spires said. “We’d hate for them all to just wind up gathering dust in museums, where no one can actually enjoy a classic Aston on the road.” A secondary goal: staying ahead of global environmental “regulatory and social pressures,” especially as they relate to automobile use in and around urban centers.

As with Jaguar’s “Concept Zero” E-Type, the only external clue to the car’s true power source is a glowing digital screen nestled in its dashboard.

Both Aston and Jaguar said their electric cars offer handling and performance that’s on a par with the originals. That works out to top speeds of roughly 120 mph and modern-day-matching 0-to-60 acceleration times.

Wrote Car and Driver magazine of its August 2018 test drive in the Jag: “It handles rougher surfaces well and, despite some enthusiastic throttle applications, never felt short of traction.” The review was headlined: “Battery Power Doesn’t Ruin the Jaguar E-Type.”

Spires said a ride in Aston’s converted 1970 DB6 MKII Volante — successor to James Bond’s famous DB5 — conveys “an incredible sense of well-being.” It may not deliver the same soul-satisfying sounds and smells as a half-century-old original, he acknowledged, but silently cruising through winding country lanes in a vintage top-down roadster offers its own rewards.

“We expect sophisticated global buyers, especially those who consider themselves socially and environmentally aware, to think more of Aston Martin,” Spires said. “This adds credibility to our value as a brand.”

To be sure, electric automobiles are nothing new. Ferdinand Porsche unveiled the first hybrid-powered auto in 1900. Thousands of early electric cars, taxicabs, trucks and buses were built in the United States by firms like the Electric Vehicle Co. The hybrid Owen Magnetic a century ago, for example, used a gasoline motor to run its generator, a setup reminiscent of today’s Chevrolet Volt.

Still, might not the Jaguar-Aston offerings rankle some purists as, well, heretical? “On the contrary,” Hagerty said, “it bodes well for the collector hobby.” Last year, for the first time, his firm recorded more requests for vintage-auto insurance quotes and greater usage of its valuation tools by Generation Xers and millennials than by baby boomers, he said.

Something of a purist himself — he still drives the 1967 Porsche he restored with his father at the age of 13 — Hagerty added, “If this gives someone a reason to buy a vintage car for the first time, it’s awesome.”

The company, based in Coventry, England, said it has already taken deposits on deliveries expected to commence in the summer of 2020. Jaguar is working to bring street-legal versions to the United States, said Mike Goodbun, a spokesman for Jaguar Classic, a division of Jaguar Land Rover dedicated to preserving the firm’s heritage. Build slots are filling up fast, he said.

While Jaguar is moving ahead with restored and converted E-types, Spires said, his firm will offer conversions — and reversals — of the rarer Aston models at its Newport Pagnell facilities in Buckinghamshire. As at Jaguar, prospective clients “have already raised their hands,” he said.

Would a converted — or rather a reconverted — classic really be welcome at ultra-choosy events like the annual Pebble Beach Concours d’Elegance in Carmel, California? “It depends on how seamless it is,” said Martin Button, a member of the show’s selection committee and owner of Cosdel International, which transports and stores vintage cars.

“If the reversion process really removes all evidence of the changes, it would probably be judged like any other car,” Button said. “But if it’s still got some little screen on the dash, that’s another matter — that would be a real takeaway.”

Chances are those glowing controls won’t pose an insurmountable problem, at least for the Jags, said Bruce Trenery, an E-type owner. “The original instrument panels come out with a few thumb screws,” he said, “so swapping out a digital screen shouldn’t be that big a deal.”

On the other hand, the economics of vintage cars could present a higher hurdle. Even a perfectly restored Series 1 roadster, with covered headlights and dashboard toggle switches, “is a $250,000 car,” said Trenery, whose company, Fantasy Junction in Emeryville, California, has bought and sold collector vehicles for over four decades. “A nearly $80,000 conversion fee would represent almost a third of its value.” For less valuable American sports cars like most Corvettes and Mustangs, such conversions would seem even more impractical, at least for now.

Button also frets about the usable range of electrified sports cars. “Spirited driving can really gobble juice,” he said, remembering an experience in a Tesla Roadster. With a reputed range of well over 100 miles, the Tesla ran dry at less than 50, he said.

Despite such reservations, Trenery and Button see a path to the future in the British automakers’ announcements. The Jaguar XKE “isn’t just a beautiful car, it’s a milestone design that’s going to live on,” Trenery said. “If you want to enjoy it in congested areas — and you have the financial means — electrification could make sense.”

Button thinks such conversions might someday “inoculate” older classics like Duesenbergs and Packards against tightening regulations. “But it won’t happen overnight,” he added. In the United States at least, lower fuel prices and relaxed mileage requirements mean “we’re still a long way from not being able to drive our classic cars.”

In any case, Button, an avid vintage car collector in his own right, probably won’t be an early customer. “I’m an engineer,” he says. “I like pistons and valves and mechanical old stuff. I even like the smell of gasoline.” 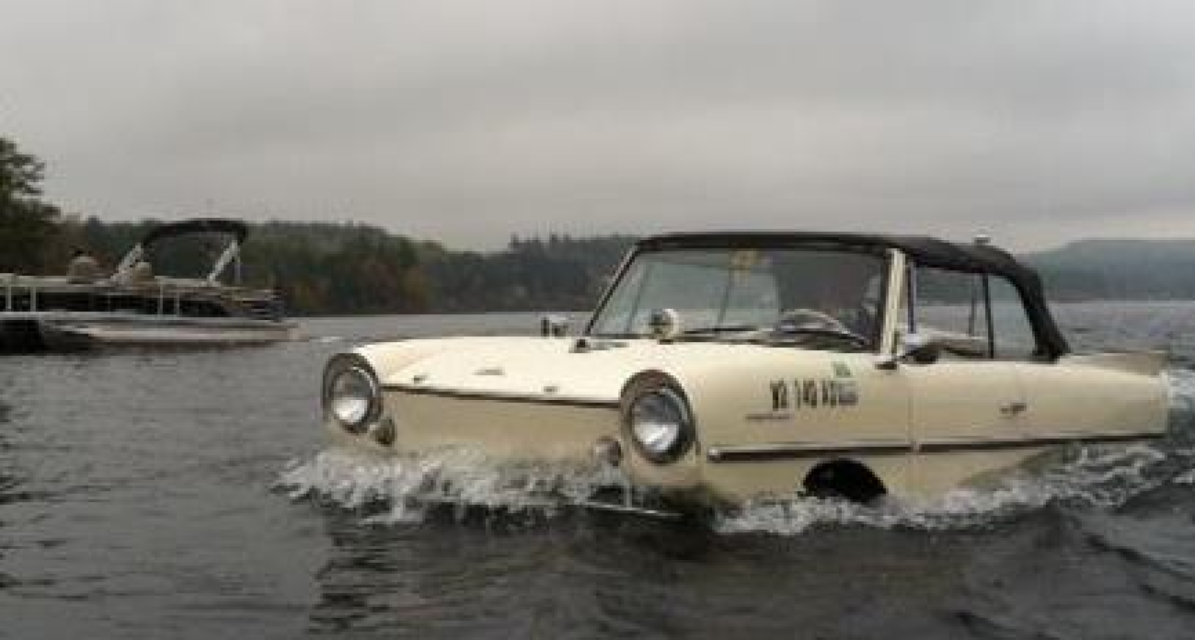