The Volkswagen Type 2 made a greater impact on the automotive world than you may know. Most commonly known as the “Bus” or the “Love Bus,” the vehicle became a symbol of the 1960s counterculture along with the VW Beetle.

But it was its style that made the greatest impact, and that’s what Volkswagen wants to capitalize on with the debut of the VW I.D. Buzz.

“Our goal is clear: we want to make the fully electric, fully connected car a bestseller around the world,” Herbert Diess, chairman of the board of management for Volkswagen, said in a statement. “The iconic car of the electric age must be a Volkswagen.”

So the Bus is back, but as an EV. Here are a few things to know about the I.D. Buzz:

Electric motors at each axle make a combined 369 horsepower, and it’s all-wheel drive as well. As evidenced by vehicles like the Tesla Model S, electric power can deliver 100 percent of its torque from a standstill, making for rapid acceleration. The Buzz won’t have the same punch as a Model S, but it will likely shake assumptions about performance in electric vehicles. 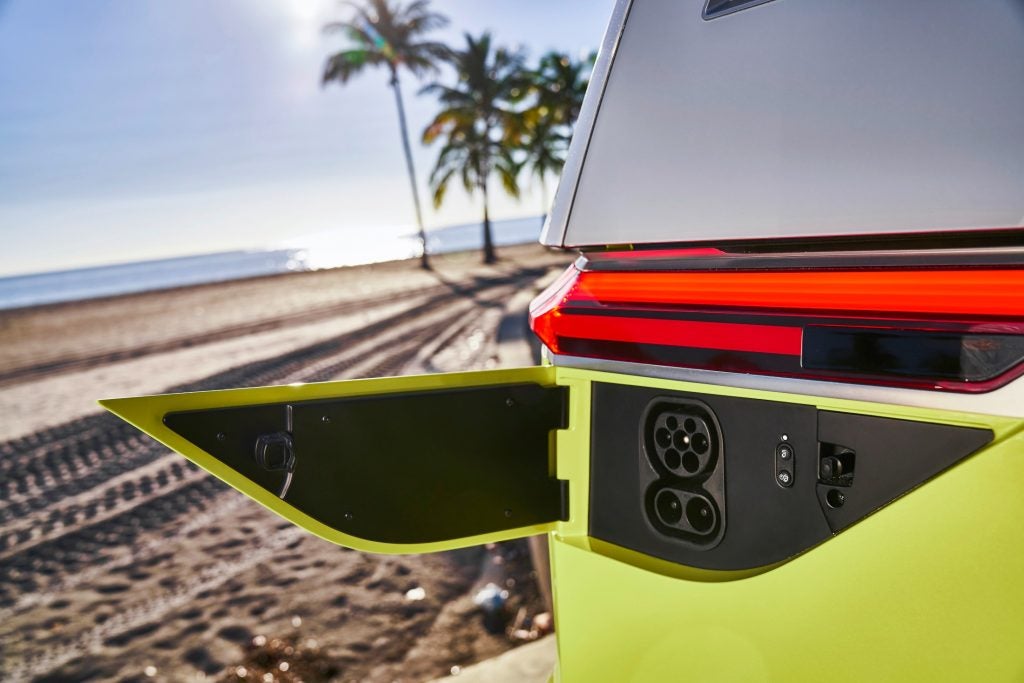 The I.D. Buzz uses a 111-kWh battery pack, which can provide up to 300 miles of range. With VW’s planned quick-charging system, it can replenish the battery pack up to 80 percent in about 30 minutes.

The automaker is still mum on other, slower charging methods and times, but more information should be available soon.

Thanks to its battery layout, the I.D. Buzz will have a flat load floor, making for plenty of storage and passenger options. It can seat up to eight passengers.

The I.D. Buzz will give way to a production model that arrives in 2019 as a 2020 model. It will be part of a family called Modular Electric Drive Kit. This family will also include the I.D. Crozz and the original I.D. concept. All are inspiring production models that will share that a common platform and architecture. 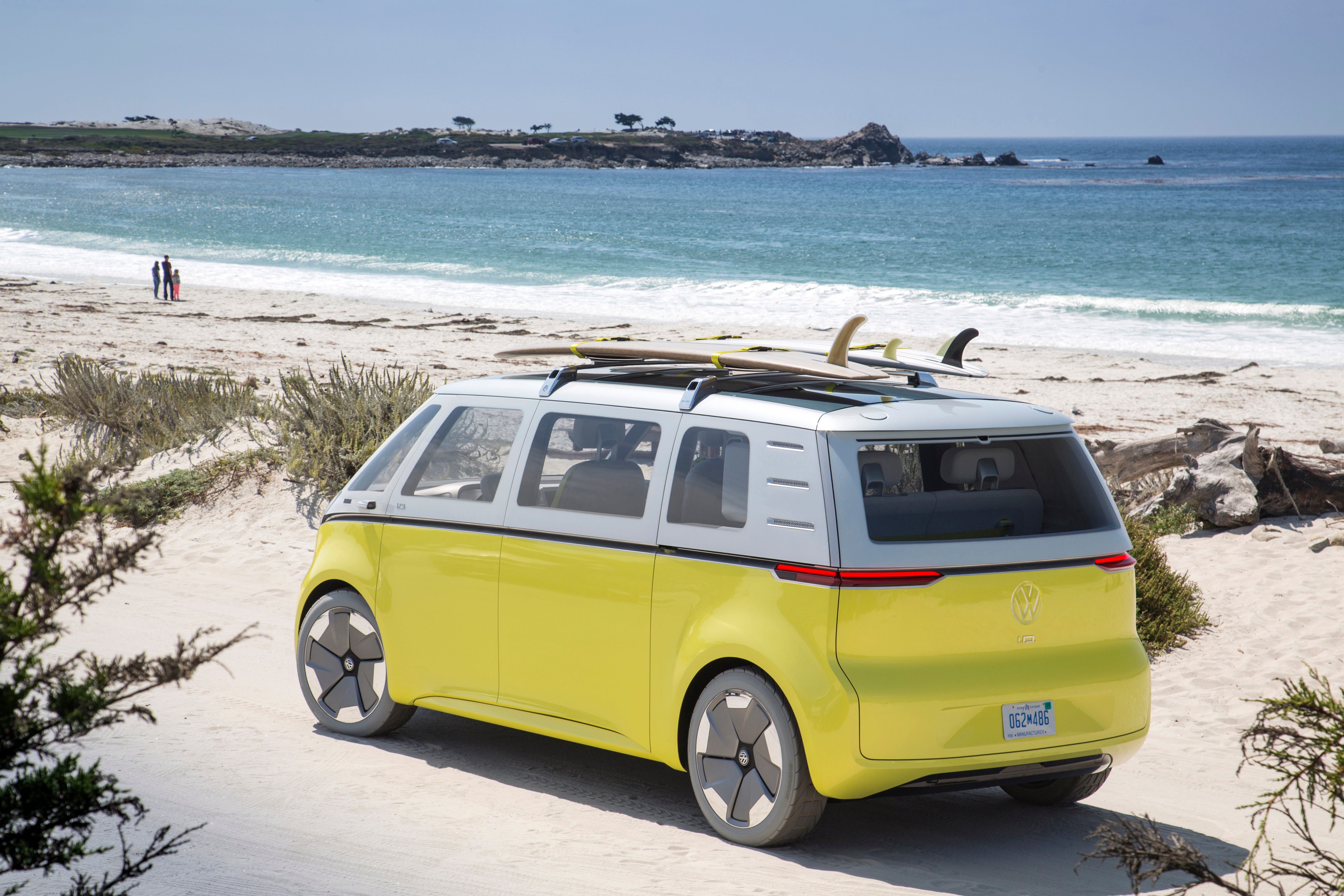 5. Its style is its substance.

Of course, the defining style feature of the Buzz is the two-tone paint scheme, which comes down in the front as a “V,” emulating the front of the iconic Type 2.

While the original Bus had a relatively flat, slightly curved front, the I.D. Buzz will have a more minivan-like appearance in the front. This is partly for aerodynamics, but it’s mostly to meet modern crash-testing standards. Within that elongated front end is another trunk, a la the original Volkswagen Beetle.

The I.D. Buzz will be equipped with the latest autonomous technology, which could be implemented by 2025. Dubbed “I.D. Pilot,” it bridges semi-autonomous driving with full, autonomous technology. According to VW, the steering wheel could fold away, and the driver’s seat can turn a full 180 degrees.

The I.D. Buzz will also feature the latest connectivity features, such as a heads-up display that projects images on the windshield to create an augmented reality display. With the heads-up display, lasers in the roof, and other features, the I.D. Buzz might have styling inspired by the past, but underneath that retro skin is technology firmly planted in the future. 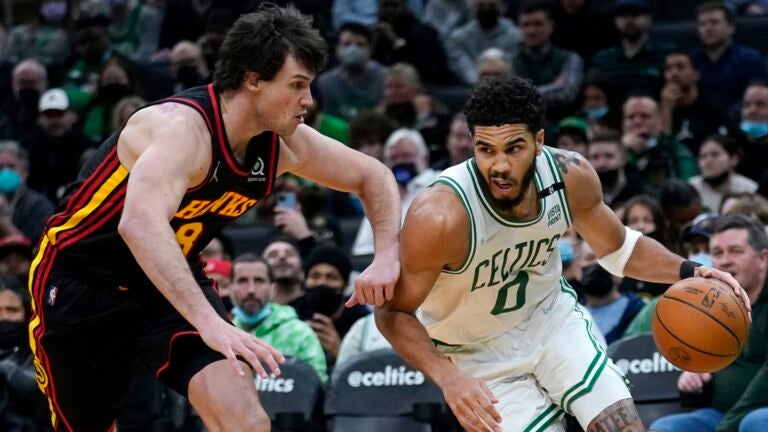