The Chevrolet Corvette is an instantly recognizable sports car. The pinnacle of its lineup is the ZR1, a special engine and performance pack that dates back to the 1970 model.

At the 2017 Los Angeles Auto Show, Chevrolet announced a new ZR1 variant of the C7 Corvette. The automaker claims the ZR1 will be the fastest production Corvette ever made.

This new range-topping sports car is slated to go on sale in spring 2018. Here are a few key details about the 2019 Chevrolet Corvette ZR1:

1. It packs some serious horsepower.

Under the hood is an absurdly powerful engine: The GM LT5 is a supercharged 6.2-liter V8 making 755 horsepower and 715 pound-feet of torque. For those keeping score, this is the highest output ever from a Chevrolet production vehicle.

Power is sent to the rear wheels through a seven-speed manual transmission. It is also available with an eight-speed paddle-shift automatic transmission — the first time Chevy has offered an automatic in a ZR1. 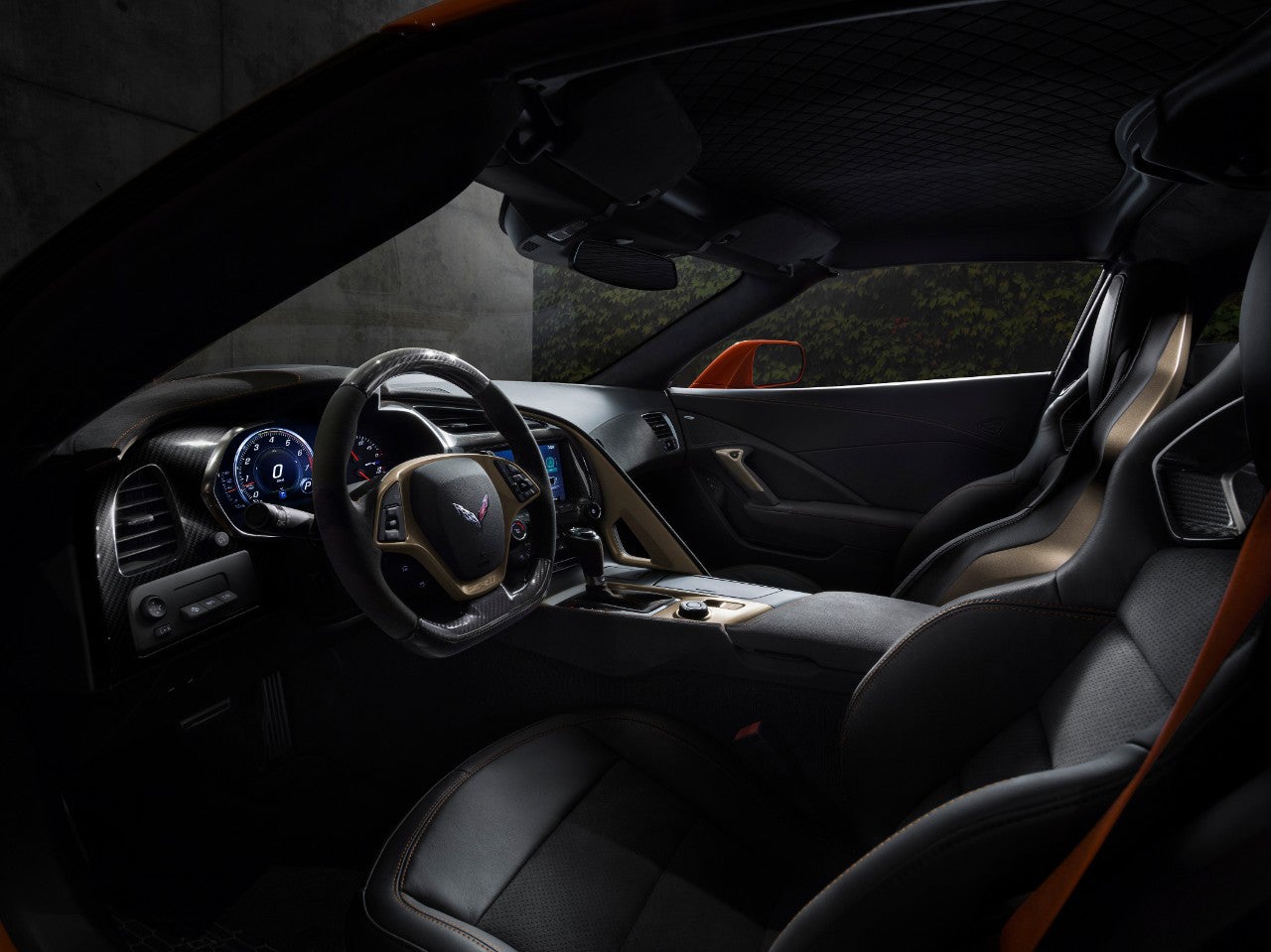 The cockpit of fastest, most powerful production Corvette ever: the 755-horsepower 2019 ZR1.

2. It’s ready to handle the track.

For those looking to take the ZR1 to the track, Chevy offers the ZTK Performance Package, which includes Michelin Pilot Sport Cup 2 tires, carbon fiber end caps, an enhanced front air splitter, and a higher rear wing. This package also includes unique adjustments to the chassis and Magnetic Ride Control optimized for cornering.

Even in its base form, the Corvette is an aggressive-looking car, but Chevy turns the styling up to “11” with the ZR1. With massive vents and spoilers, there will be no confusing the ZR1 from any other C7 Corvette. That wild form is actually a product of function as these added body components create downforce, which allows the car to have plenty of grip, even at triple-digit speeds.

Two aerodynamic packages will be offered on the ZR1, each the result of wind-tunnel testing. The first option is the low wing, which provides less drag — but also less downforce — and is geared toward achieving the highest top speed. 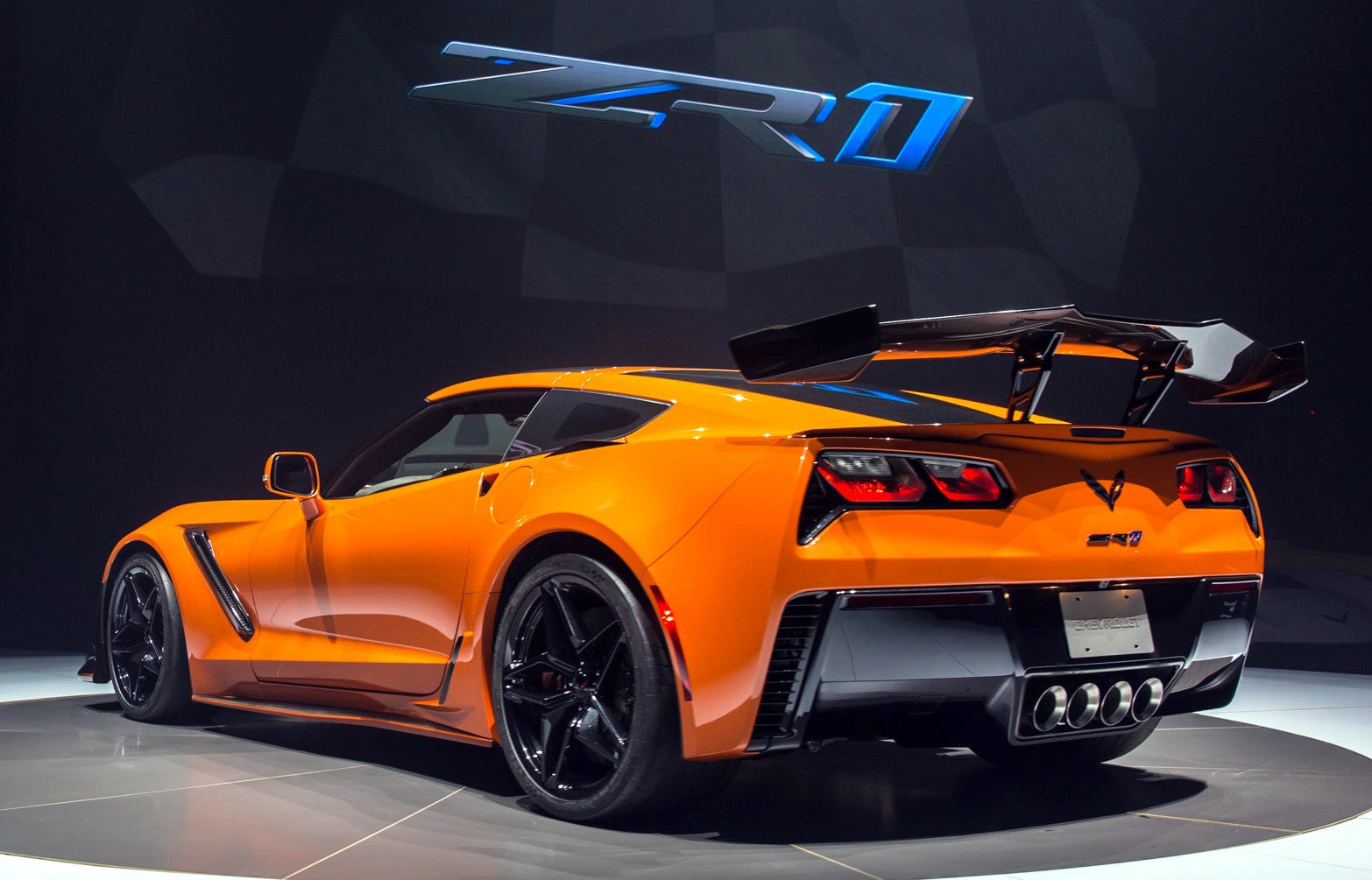 The massive rear wing of the Corvette ZR1 provides 950 pounds of downforce.

The other option is the available high wing that creates 950 pounds of downforce, which allows for maximum grip on the track.

The ZR1 also comes with a front underwing, which helps to keep the nose firmly planted. These wings and spoilers are all heavily influenced by the Corvette racing team and the motorsport world in general, where extra downforce can translate into faster lap times.

Even with the high wing, the ZR1 has a top speed in excess of 200 miles per hour.

For the first time since the original ZR1 in 1970, this range-topping Corvette is available as a convertible. GM claims the top adds 60 pounds to the curb weight compared with the coupe. The top lowers at speeds up to 30 miles per hour via an in-vehicle switch or remote. 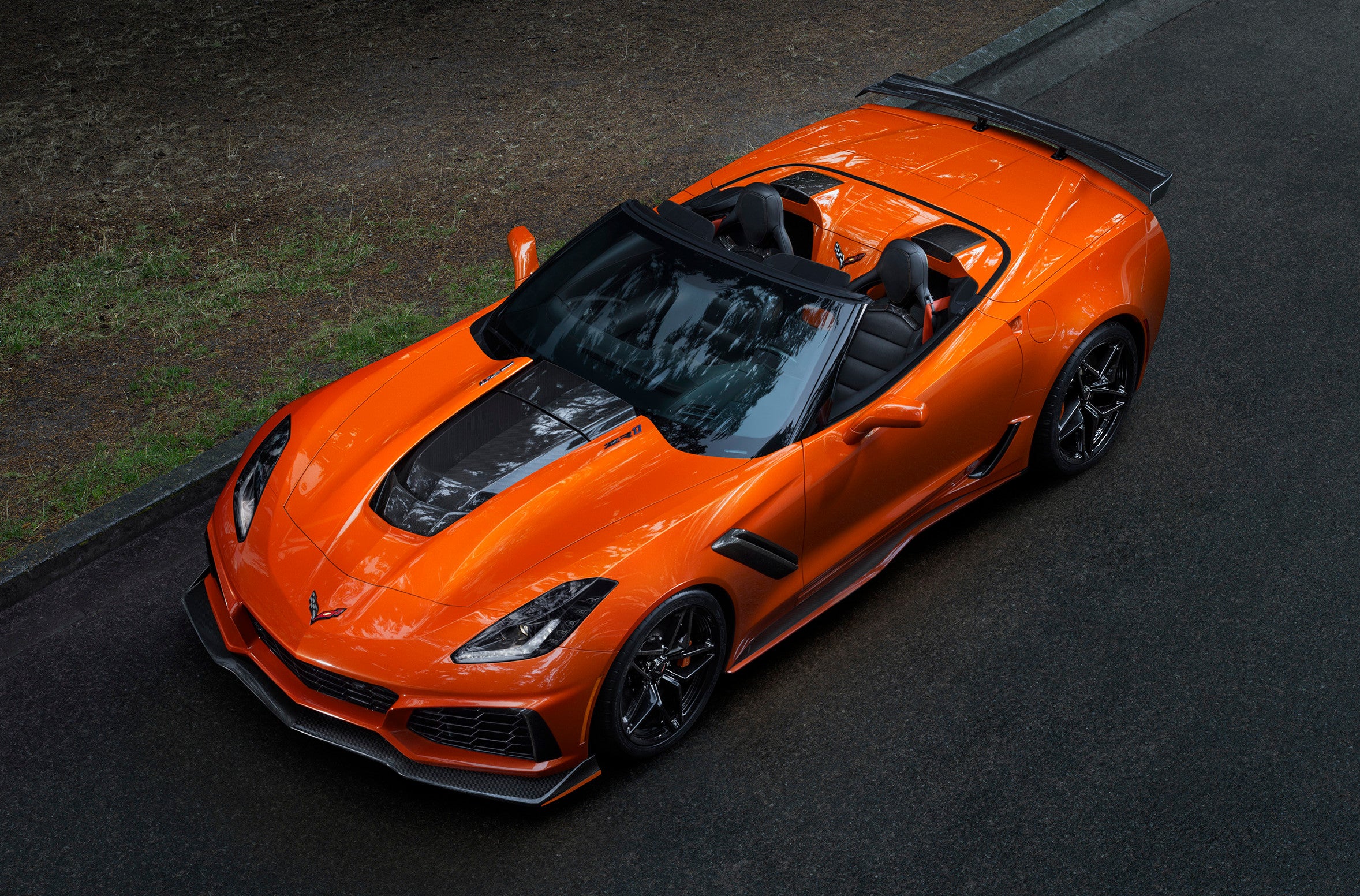 The ZR1 convertible is only 60 pounds heavier than the coupe.