When a friend of mine asked me for advice on the best sport utility vehicle for him and his wife as they expected their first child, I asked what attribute was most important to him.

His answer: the ability to get his wife to the hospital in the event that Seattle had a “full-rip 9.0 earthquake.” He continued, “It must crawl over downed trees and cross gaping crevasses in the pavement.”

I told him that what he really needed was therapy and a well-stocked emergency kit, but his request for advice was to be expected. Automotive writers are much like doctors who are asked to diagnose maladies at parties.

But if you’re in the market for an SUV — and vehicle sale trends suggest you probably are — and don’t personally know a sarcastic auto journalist, consider the results of this year’s Mudfest as a good stand-in.

Twenty-seven automotive writers evaluated 26 vehicles at the Ridge Motorsports Park near Shelton, Washington, during the annual event, which is put on by the Northwest Automotive Press Association. Day 1 was dedicated to performance on the road, which, let’s face it, is where most of these rigs will live out their days. On Day 2, they got down and dirty on an off-road course that simulated rough forest service roads. Details such as value, interior features, ride quality, fuel economy and performance were considered by the group.

Four vehicles took six of the Mudfest categories, and any of them will do you proud. But we writers are opinionated, so I’m offering up alternatives when the collective pick didn’t match mine.

— Outdoor Activity Vehicle of the Year

Those who had the pleasure of wallowing through turns in previous Wranglers may wonder how a loud, rough-riding and ponderous machine wins three Mudfest awards. The answer is simple: This one is better.

The all-new 2018 model is significantly better than its predecessor. It’s no Lexus, mind you, but the Wrangler’s fussy pavement-going manners have been quieted and smoothed, and its considerable trail prowess is improved. If my friend is looking for a rig to tackle earthquakes — and perhaps a subsequent zombie apocalypse — the Wrangler Unlimited Rubicon is the best choice.

Designer pride is obvious in this machine. Its removable doors gain a handhold for easier one-person detachment. Folding the windshield forward (a remnant of the need to ship jeeps in crates during World War II) is vastly simplified. The bolts that are removed to open the Jeep to the great outdoors each have labeled slots in the cargo hold. Its folding fabric top operation loses the recalcitrant zippers, meaning that owners will actually lower it.

Other competitors may suit families better than the Rubicon that waltzed through the optional severe off-road course spur. The practical Midwestern boy in me feels that the Jeep Cherokee Trailhawk ($41,245) is the best practical choice for the Compact and Midsize Vehicle prize. It’s easier for kids to enter and exit, and the Cherokee delivers a more docile ride. And if timeless Wrangler style is your thing, skipping the Rubicon edition for the Sahara model will provide a better daily driving experience.

Small crossovers are becoming a big deal, and the Kona handily won the Subcompact Utility Vehicle segment. Among competitors, only the Ford EcoSport was shorter (by about 2.5 inches). Though the Kona is one of the smallest in its class, its cargo hold and well-trimmed cabin are among the roomiest — kudos to Hyundai’s engineers. The Kona carved up the on-road handling section (part of which ran on a go-kart track) and easily scampered through the modified motocross track that was Mudfest’s off-road course.

The U.S. census says the average household has three people, so the diminutive Hyundai will serve couples or young families well. Consider options and models carefully.

If you opt for the 147-horsepower, 2-liter four-cylinder, consider the front-drive SEL model with the $1,500 Tech Package for a total of $23,630. This combination provides a sunroof and automatic emergency braking with pedestrian detection.

We drove the full-kit Ultimate model, which adds a 175-horsepower, 1.6-liter turbo engine and a seven-speed automatic transmission. Maybe it was the snappy performance, or perhaps it was the retina-searing Lime Twist paint, but the journalists getting out of the Kona always wore a smile.

The big three-row VW took home the Family Utility Vehicle trophy in a tightly contested battle that also involved the Kia Sorento, the Ford Expedition and (seriously) a Mercedes-Benz Sprinter Crew Van. For families that often use a third row of seats, the roomy Atlas will shoulder their needs. It can tote seven average-size adults fairly comfortably and slips into shopping mall parking spaces without the drama of docking an aircraft carrier (looking at you, Sprinter).

Part of the Atlas’ appeal is its usability. Access to the back row is nearly as easy as in a minivan. Folding both back rows of seats makes for a remarkably flat load floor. The second row offers two USB ports and a standard 115-volt household outlet for charging your passengers’ devices. Android Auto and Apple CarPlay are standard. There are so many storage cubbies, you could lose a child in one.

Those who tow should consider the excellent 2018 Ford Expedition. Though its aluminum body effectively gives it a lower center of gravity, this big, truck-based SUV unsurprisingly lost points on the tight go-kart handling course. And if the third row is a just-in-case proposition, you might test-drive the refreshed 2018 Kia Sorento. It’s handsome, refined and smaller than the Atlas.

In the past, even-numbered X models have sported clipped sloping back ends. The X2 bucks BMW tradition with a traditional long roof, albeit squashed down for design drama. It could be said that the X2 is more of a station wagon than a crossover, but it can be argued that crossovers and SUVs are simply big station wagons. So what’s wrong with that?

The same tight go-kart course that tripped up the Expedition gave the nimble X2 a huge advantage. I sneaked it out for an extra lap just for grins. BMW purists flinch upon hearing that the X2 is available as a front-wheel-drive vehicle, but the all-wheel drive xDrive version resolves those objections by giving the car a more rear-wheel-drive dynamic. Its turbocharged 2-liter 4-cylinder with 228 horsepower is punchy enough to coax a smile out of even the most dour of souls.

The X2’s diminutive size is its biggest issue. Two average-size adults will be fine in the back seat, but no one will call it cavernous. Shoppers should know that an extra $3,600 buys the larger X3, and while it’s not as flingable as the X2, the X3’s extra space could be worth the expense.

SUVs and crossovers aren’t alone in navigating rough terrain and still hauling the kids; pickups are often pressed into family duty. The Ram 1500 Rebel — the off-road variety of the 2019 redesign — took home the prize in that Mudfest segment.

Some highly regarded models didn’t make this list. But keep in mind that each manufacturer chose which vehicles it felt would compete best at Mudfest. For whatever reason, Honda decided against bringing the excellent CR-V to the fight. Same with Volvo and its avant-garde XC40.

Still, the results of Mudfest are a great place to start when shopping for an SUV or a crossover. But the members of the Northwest Automotive Press Association may not understand your specific vehicle demands. So the lesson here is to test-drive as many as possible. That helps ensure that the one that ends up in your driveway — or at your favorite trailhead — is the best for your particular needs.

Oh, and make sure that emergency kit is well stocked. 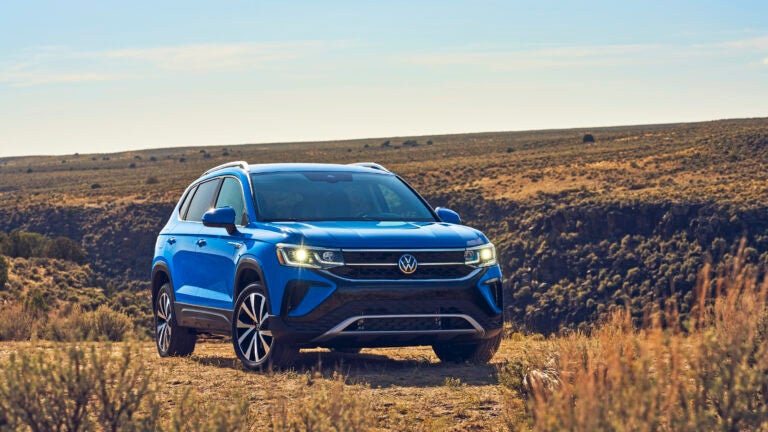