Since the early 2000s, zero percent annual percentage rate auto loans have been an important part of the car-buying landscape. Whether the vehicles were subcompact cars or heavy-duty trucks, zero percent APR offers seemed to be everywhere, particularly around big holiday sale weekends and the fall car-clearance season.

Interest-free offers usually require shoppers to have a credit score above 700 to qualify. But if they can tick that box, they can net some significant savings: A buyer who gets a zero percent interest rate on a $25,000, 60-month loan would save $3,300 in interest charges, compared to a loan with the average 5 percent APR.

Recently, though, zero percent loan offers haven’t been quite as easy to find. In August 2017, for example, 14.6 percent of car deals were financed with zero percent loans, according to Edmunds analysts. This year, however, that number dropped to 7.4 percent.

Chrysler has tapped out as well. Zero percent loans made up less than half a percent of its financed deals in August 2018. A year ago, such loans accounted for 13 percent of the company’s sales.

The culprit is rising interest rates. Zero percent loans are free money if you’re the buyer, but not if you’re the carmaker. A carmaker has to pick up the tab for such offers, just as it does with traditional cash-back rebates.

Car inventory also is responsible for the scarcity of these offers. It’s at its lowest level since 2016, and with fewer cars to sell off, there’s less need for automakers to lure shoppers with a pricey incentive.

For consumers, though, the good news is that there are other ways to save significant money on a car deal.

Shoppers can still find such incentives as discounts for members of the military, reservists and veterans. There also are cash incentives for current brand owners to buy or lease from the brand again and “conquest” incentives to get owners of competing brands to switch. Overall, the average vehicle incentive went from $3,377 in August 2017 to $3,873 in August 2018, a jump of $496.

Meanwhile, direct-to-dealer incentives are also in play. Carmakers provide these to dealers to, for example, meet certain sales goals. Dealerships often use these hidden incentives to sweeten an offer without a potential buyer ever having to ask for it.

Getting pre-approved for an auto loan before heading out to a dealership has always been a good idea, but it may be even more important as zero percent offers at dealerships wane. It’s no longer a given that a dealership will offer you a very low interest rate that’s subsidized by a carmaker. By having a bank or credit union pre-approval in hand as you shop, you can be sure you’re getting the best interest rate available.

Between rising interest rates and rising car prices, getting the lowest interest rate possible is more important than ever. Getting a loan that’s 2 interest points lower could mean saving $2,000 over the life of the average car loan for a $31,000 vehicle.

DOWN BUT NOT OUT

Although zero percent loans aren’t as abundant as they have been, they are still around. Carmakers that are offering zero percent loans for at least 60 months are Cadillac, Ford, GMC, Hyundai, Jeep, Kia, Lincoln, Maserati, Mazda, Mitsubishi, Nissan, Ram, Subaru and Volkswagen. Note that zero percent financing offers will only be available on selected models and maybe only for a limited time.

EDMUNDS SAYS: You can still get a deal on a car, even without a zero percent offer. You’ll just need to be more creative, combining a competitive interest rate with an incentive that the carmaker is offering. If you also can find a vehicle that has a deep discount from the dealership, the lack of zero percent financing becomes a nonissue.

This story was provided to The Associated Press by the automotive website Edmunds. Matt Jones is a senior consumer advice editor at Edmunds. Twitter: @supermattjones.

— Buying a New Car When Interest Rates Are High: https://edmu.in/2GUvOR6 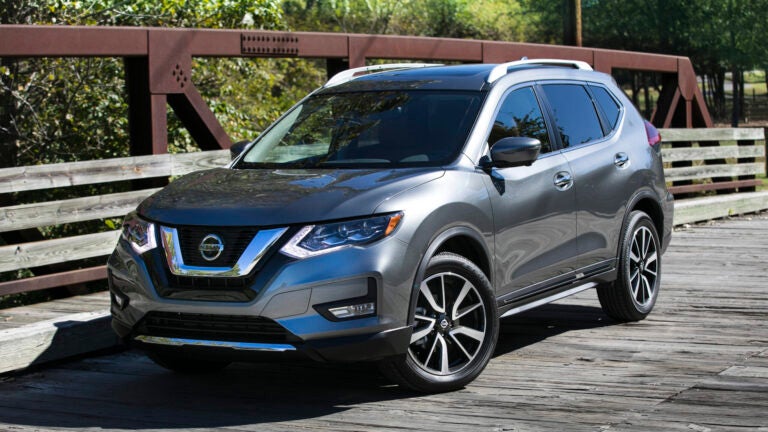 Edmunds: How to shop for a car when interest rates are high