If you’re new to car buying or it’s been a few years since your last purchase, get ready for a shock when it comes to financing. Interest rates on loans for new vehicles hit an average of 6.2 percent in October 2018, the highest since January 2009, according to Edmunds research. Used-car shoppers face an even higher rate, with an average of 8.7 percent. The Federal Reserve is expected to raise interest rates again this month.

Many shoppers will be tempted to take out a longer-term loan to ease the pain of a higher monthly payment brought on by these interest rates. But this is a double whammy for your budget: You will be paying more in finance charges over the life of the loan, and it will take longer to gain equity in the vehicle.

It’s easy to see why you might feel daunted about car buying in such a market. But you are not doomed to pay the maximum rates. Assuming your credit is generally in good shape, with a score of roughly 720 or higher, there are a few ways to get around today’s high interest rates.

This tip applies to loans for both new and used cars. Getting a preapproval for a loan at your bank, credit union or online lender gives you a frame of reference for the financing that a dealership offers you. If the finance manager says, “This was the best rate I could secure,” you’ll have a point of comparison. In many cases, the dealership will be able to offer a better rate thanks to loans that are subsidized by the carmaker’s captive financing company.

The majority of automakers offer special finance rates to qualified buyers. While many of the zero percent offers that were common in the past have disappeared, some are still out there, such as a current offer for the 2018 Nissan Rogue. These offers vary by month, region and vehicle, so go to manufacturer websites to see what’s available.

Even if you end up with a 2.9 percent APR rather than zero percent, that is a significant improvement over 6.2 percent. Be open to exploring various vehicle brands, too. A brand that you might not have considered originally may offer better rates. You’ll also want to check the deals for both 2018 and 2019 models to see which offers better incentives.

Buying a used vehicle is typically a good option for shoppers. You avoid the big depreciation hit that comes with new cars, and you usually finance a smaller amount of money. But with interest rates averaging 8.7 percent, used cars might not be a slam-dunk bargain.

Here is where certified pre-owned (CPO) vehicles come in. Though CPO cars cost more than run-of-the-mill used cars, some CPO deals offer manufacturer-subsidized interest rates ranging from zero to 4 percent, depending on the vehicle and automaker. And CPO vehicles are typically in better condition and carry a longer warranty than your average used car.

Higher interest rates do affect leasing, but since you only pay interest on the amount the car will depreciate, you end up paying significantly less in finance charges than if you purchased the car. Take this 2018 Honda Accord lease as an example: The car had a selling price of $27,315 after taxes and fees. It leased with a $1,000 down payment and a money factor of 0.00092, the equivalent of a 2.2 percent APR. You would pay about $1,400 in interest over the 36 months of the loan.

Compare that to a typical 72-month loan on the same car. Assuming the same down payment and the average 6.2 percent APR, you would pay $5,264 in finance charges over the course of the loan. That’s paying more than three times the interest for twice as long.

You can simplify your lease shopping by focusing on the items that matter most: the lease’s allotted miles, the monthly payment, the down payment and the lease term. Look for manufacturer lease specials and keep your down payment as low as possible.

If you had your eye on a midsize SUV or sedan, consider a compact one. Compact vehicles cost less than larger ones, which means you’ll finance a smaller amount and pay less interest over the life of the loan. In many cases, you’ll find that the space trade-offs aren’t that significant.

Today’s high interest rates shouldn’t deter you from buying a car if you need one. Take time to shop for the best rate possible and be open to vehicles you might not have otherwise considered but which have very low APRs.

This story was provided to The Associated Press by the automotive website Edmunds. Ronald Montoya is a senior consumer advice editor at Edmunds. Twitter: @rmontoyaedmunds. 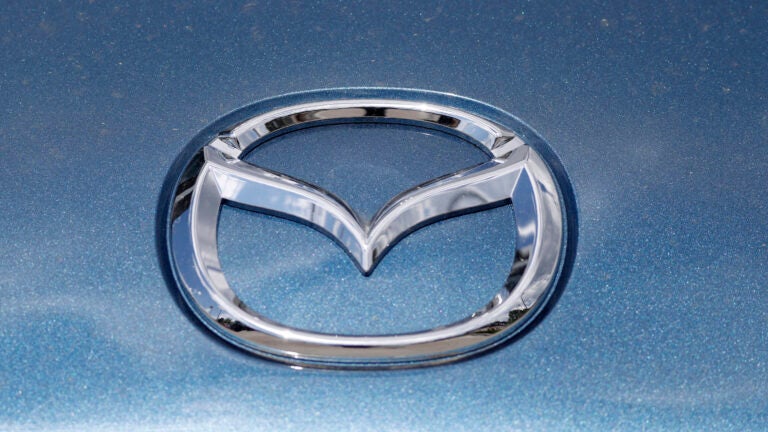