It’s December, time to nab one of these great convertibles for less than $35,000.

Does it seem like crazy is the new normal? Whatever part of American life one considers, it seems as we’ve all lost our collective minds. So, excuse me if I sound as if I’ve lost mine when I suggest that now is a great time to buy a new convertible. Sounds whacky? Sure. It’s chilly outside. Who wants a convertible now? Yet with temperatures dropping, dealers have a harder time moving droptops off the lot, particularly when they’re covered in snow. Thus, they’re more willing to deal. But which ones to buy?

Let’s start with price. We’re keeping the starting price at $35,742 or less, the average price of a family sedan or crossover SUV in the U.S. in September, according to Kelley Blue Book. Surprisingly, there are nine to choose from, and most designs far more distinctive than most cars or crossovers at the same price. So grab your suntan lotion and sunglasses, it’s time to go for a ride. 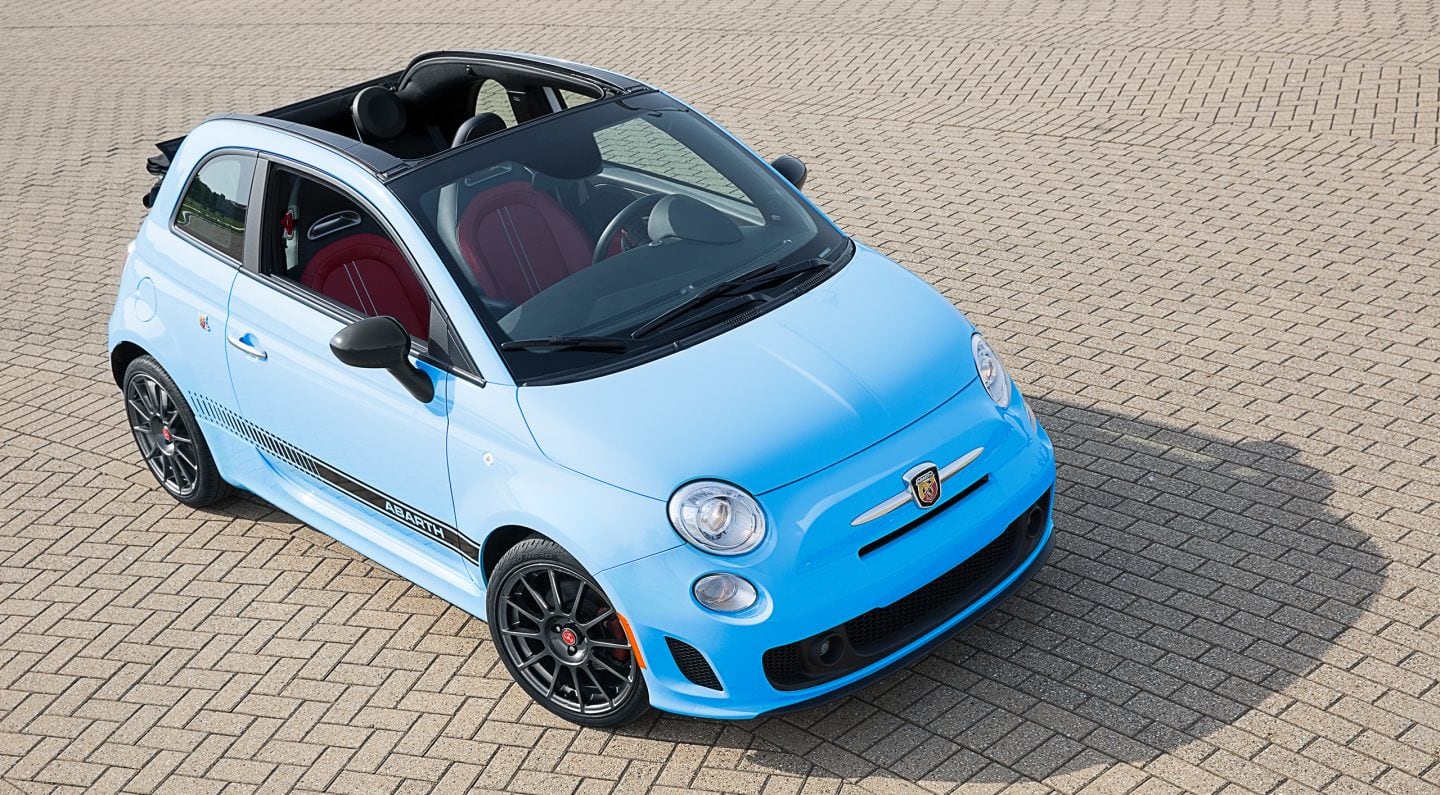 Fiat 500C ($17,990): This cheeky Cinquecento is the least expensive droptop in the America, and is roughly half the price of the average new car. That alone makes it worth considering. Better yet, this little mouse is as cuddly to look at as a basket of puppies. Yes, it’s tiny, even though there’s more room than you’d expect. The stylish interior’s clever design hides its inexpensive nature but, like the rest of the car, has tons of style. And there’s enough power to move this Italian with brio. Its 1.4-liter turbocharged, intercooled four-cylinder engine delivers 135 horsepower through the front wheels. A five-speed manual transmission is standard; a six-speed automatic transmission is optional. And its roof can be partially opened like a sunroof. 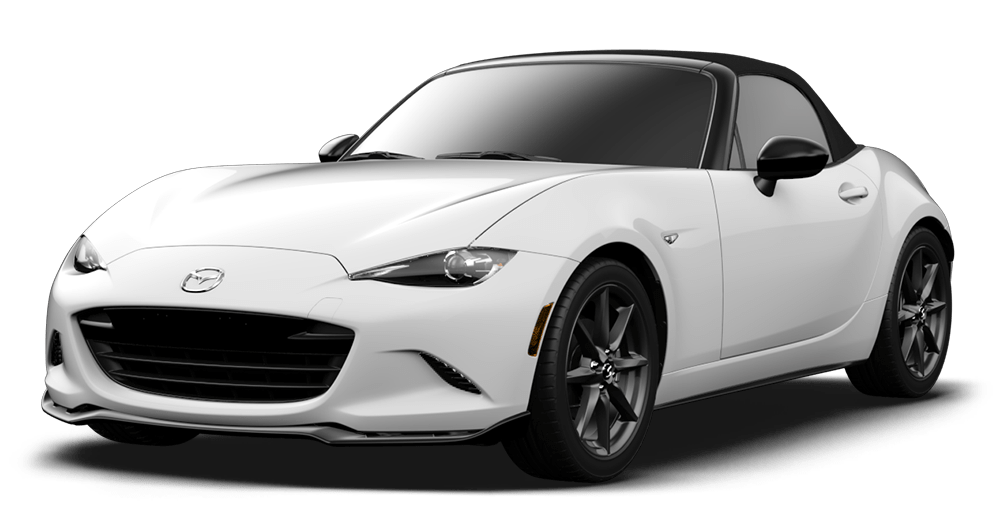 Mazda MX-5 Miata ($25,295): The MX-5 Miata has become as legendary as the classic British sports cars it emulates. For almost a quarter century, the MX-5 Miata has played the part of an affordable rear-wheel drive two-seat roadster, filling the niche once dominated by affordable British sports cars. Unlike the Brits, the Miata is a paragon of refinement and reliability. Its 2.0-liter DOHC four-cylinder engine produces 181 hp and has a 7,500-rpm redline. Its cozy cabin is the perfect place to drive one the finest-handling vehicles you can buy at any price. It’s a car that you strap on, not get into. It’s small, athletic, fun to drive and economical to own. But its 4.6 cubic-foot trunk is Lilliputian, so pack carefully. 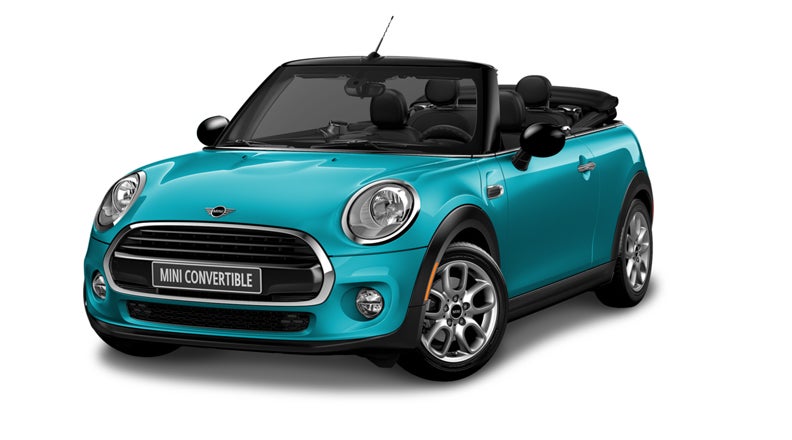 Mini Cooper Convertible ($26,900): The Mini Cooper is maxi when it comes to driving thrills. It handles like a go-cart, with quick, precise steering, little body lean and strong braking. It’s a lot of fun for a front-wheel-drive car, even in the base Cooper, with its 134 horsepower mated to a six-speed manual or six-speed automatic with a manual shifting mode. Its rich retro details ensure that this is more than a car, it’s a fashion statement. Yet its technology is thoroughly modern. It notifies you when it’s about to rain – in case you couldn’t tell – and advises you to raise the top. And like the Fiat 500C, its roof can be partially opened like a sunroof. 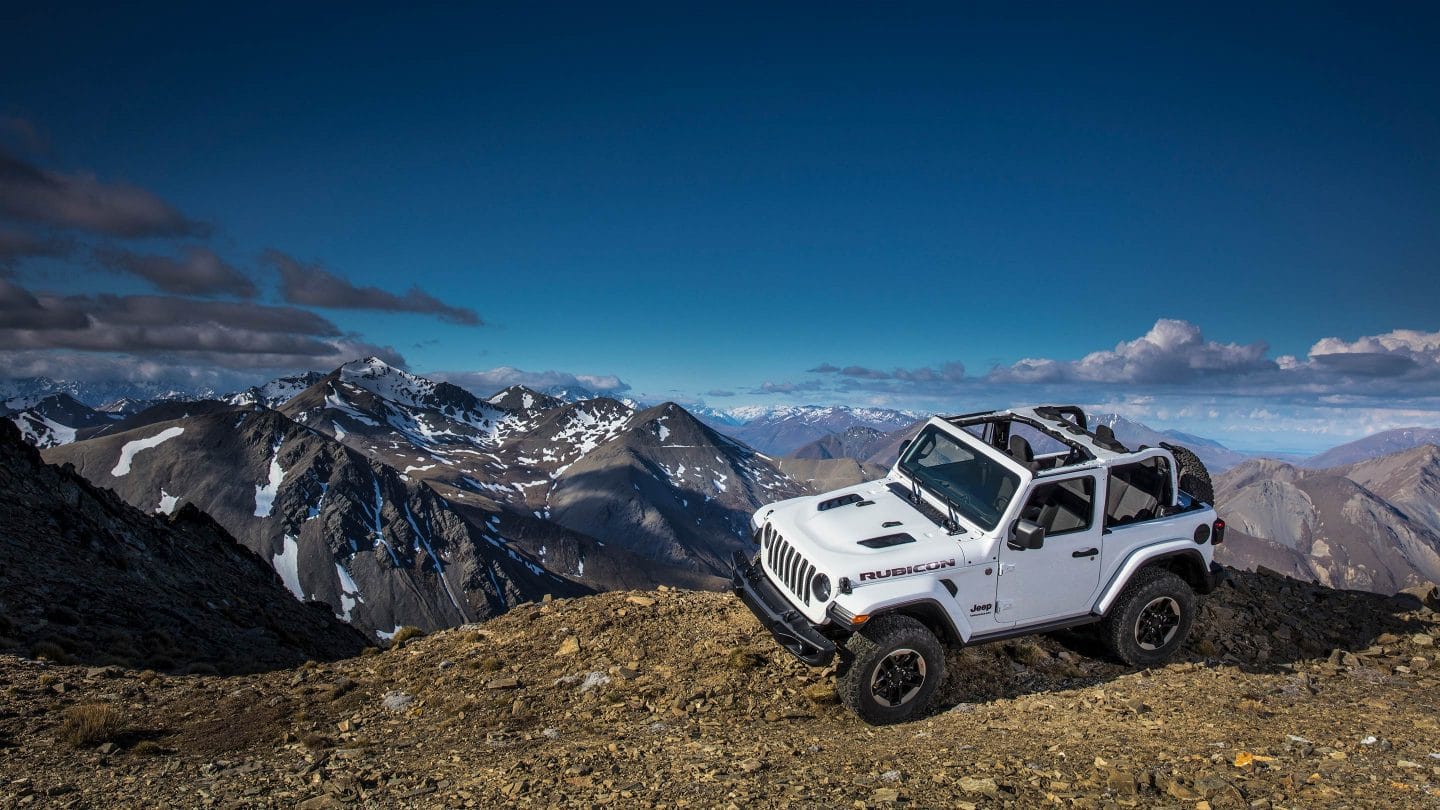 Jeep Wrangler ($31,445): Sure, any convertible will get you to the beach. But how many will allow you to drive across it? This wouldn’t be a Jeep if the doors weren’t removable (they are), and the top didn’t fold (ditto). But it’s the Wrangler’s newfound civility that is the big headline. And it’s the only droptop listed that offers true space for five adults, can ford rivers with its doors off, and can easily cut through the worst winter weather, thanks to four-wheel drive. And its new engineering adds a level of refinement unknown in Jeeps of the past. Yes, you can still buy the previous Wrangler and save $3,550, but you won’t enjoy the new one’s newfound civility or its updated technology.

Ford Mustang ($31,620): Unlike its competitors, this classic American stallion has stayed in continuous production for more than 50 years. Its classic style is mixed with European lines and buffed to a modern sheen. Go ahead, turn the key and listen to what Detroit muscle sounds like. Next, put the car in gear, stomp on the accelerator and hold on. That’s when quibbles fade. Best of all, its turbocharged 2.3-liter four-cylinder engine develops 310 horsepower to the rear wheels, more than the Mustang’s V8 developed 10 years ago. A six-speed manual is standard; a 10-speed automatic is optional. Best of all, Mustangs eventually become collectibles; you just have to wait. In the meantime, imagine the fun you’ll have.

Other offerings: You do have other choices, but they weren’t included for different reasons. Models that are going out production were removed from the list, given the uncertain parts and service issues in the future. This is one of the reasons why the exceptionally unexceptional Buick Cascada ($33,070) didn’t make the cut. It’s built by Opel, a former GM brand now owned by French automaker PSA. The VW Beetle ($25,440) also didn’t make it for the same reason; VW is ending production sometime next year, so resale will suffer. The Fiat 124 Spider ($24,995), a Mazda Miata with a Fiat engine and different styling, didn’t make the list because of its less attractive styling and handling that’s not as sharp as its donor car. Buyers agree, since Fiat has a 274-day supply on dealer lots. Sixty days is considered optimal. Finally, the Chevrolet Camaro ($32,900) more than matches the Ford Mustang’s agility, but its high waistline and low roof severely restricts the driver’s view from inside the car. 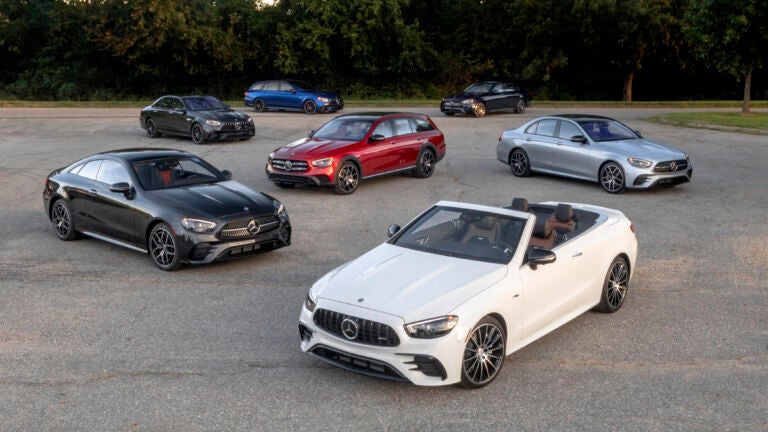