DETROIT — With child hot car deaths in the news in recent weeks, automakers say they will commit to making rear seat reminder systems standard equipment on almost all passenger vehicles sold in the United States by the 2025 model year.

The Alliance of Automobile Manufacturers and the Association of Global Automakers — trade groups representing General Motors, Ford, Fiat Chrysler Automobiles, Toyota and others — announced the effort in a joint statement this week.

“Under this commitment, automakers will innovate by introducing a wide range of approaches to help parents and caregivers remember to check the back seat as they leave a vehicle. At a minimum, these prompts will include a combination of auditory and visual alerts that will activate after a driver turns off a vehicle,” according to a news release.

The announcement follows a particularly deadly stretch this summer, with 10 children dying in this gruesome fashion in just 20 days. Through late last month, 35 children had already perished in 2019. That followed a death toll of 53 in 2018. The advocacy group KidsandCars.org found that 889 children died in hot cars from 1990 to 2018.

The auto groups noted that heatstroke can occur if the body temperature rises to 104 degrees or higher and that a child’s body heats up three to five times faster than an adult’s, a dire combination because a vehicle’s interior temperature can increase almost 20 degrees in 10 minutes.

Concern over the hot car deaths, most of which are believed to be unintentional and preventable with caregivers failing to remember the children in their rear car seats, has prompted a push for a legislative fix, such as the proposed Hot Cars Act of 2019.

Education about heatstroke dangers has been a key part of the effort to attack the problem, but advocates, such as Amber Rollins, director of KidsandCars.org, told the Free Press last month that it is not enough.

“We’ve been doing education and awareness for 20 years. People know about hot car deaths and yet at the same time the number of children dying in hot cars is at an all-time high and so there’s some disconnect here,” Rollins said at the time.

Those comments were related to a heatstroke “Tweetup” from the National Highway Traffic Safety Administration, which noted that the social media effort was part of a “broader, summer-long awareness campaign on vehicular heatstroke that includes $1.3 million in paid advertising and informational materials provided to state and local organizations across the country.”

The agency said it “prioritizes education because, even if reliable and accurate child heatstroke prevention technology were available and installed on every new car today, it would not address the issue for the vast majority of the driving public for many years.”

A few automakers — General Motors, Nissan, Hyundai/Kia and Subaru, for instance — have announced or already offer rear seat reminder systems that are available or standard on numerous models.

Asked why the commitment is pegged to the 2025 model year, a spokeswoman noted that that year represents the floor for the effort and that automakers are free to move more quickly.

The announcement was dismissed as an inadequate response by some safety advocates.

“Voluntary agreements do not protect consumers. They are non-binding and unenforceable. The lives of children are too important to depend on them,” according to a statement from KidsandCars.org. “While the public waits for these systems to be offered as standard equipment at the pace determined by the manufacturers, families continue burying children week after week after week.”

The group noted that GM did not meet its commitment in 2001 to roll out sensor technology by 2004 “so sophisticated that it can detect motion as subtle as the breathing of an infant sleeping in a rear-facing child safety seat.”

Joan Claybrook, a former NHTSA administrator, called the announcement “an outrageous attempt” by automakers to avoid an enforceable safety standard.

“They should have added detection systems to their vehicles decades ago when auto manufacturers told all parents to move their children to the back seat due to the decision of some auto makers to install overpowered airbags,” Claybrook said in the same release.

The commitment announced this week affects vehicles sold in the United States, but Fiat Chrysler Automobiles noted that it would incorporate the technology across its global passenger-vehicle lineup on a timeline that varies “depending on market-specific product plans and regulatory regimes.”

Mark Chernoby, FCA chief technical compliance officer, said in a statement that “hot climate zones are not exclusive to the U.S. We want our customers around the globe to benefit from this potentially life-saving technology.”

Ford also provided an update on its plans beginning with the 2020 model year for a rear occupant system designed to alert customers based upon input from the ignition and door-ajar switches.

“At Ford, we are committed to the safety of our customers, which is why we will be installing rear-seat reminder systems in our vehicles. We are continuing to work with consumers, safety regulators and advocates to raise awareness and address this concern,” said Desi Ujkashevic, global director for Ford’s Automotive Safety Office.

The commitment from the automakers also requires them to make public progress reports starting in 2022. That piece would end once automakers are at full conformance.

U.S. Rep. Debbie Dingell, D-Dearborn, called for the government to ensure that the timetable is met.

“This summer has witnessed far too many children dying in the back seats of hot cars,” she said in a statement. “No family should ever have to suffer a similar, preventable tragedy again. Today’s voluntary announcement by the Auto Alliance and Global Automakers is a step in the right direction …

“We must ensure that the deadlines and goals outlined in this agreement are fulfilled, which will require robust oversight of industry and NHTSA by Congress. No child should die in a hot car ever again.” 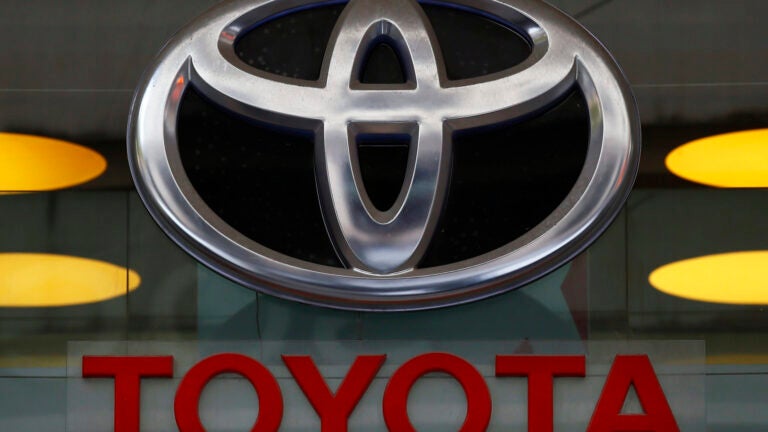