An early Subaru Outback ad from 25 years ago claimed the wagon had “more cargo space than a Honda Passport, more driver headroom than a Jeep Cherokee, ground clearance like a Ford Explorer, plus the riding comfort and fuel economy of a passenger car.”

“It was kind of that SUV, all-wheel-drive vehicle before it became a popular thing,” said Jessica Caldwell, executive director of industry analysis for Edmunds. “It’s pretty clear what the product is about and it’s found its specific niche in the marketplace. It has a long history, very legitimate, in a space where many vehicles are newcomers.”

Looking back today it may seem like a slam-dunk, but the prospects of a jacked-up station wagon back in the mid-1990s were dubious. Then, the utility market was dominated by truck-based SUVs like the Chevy Blazer and Ford Explorer.

Subaru built no trucks, so it embraced its four-wheel-drive heritage, raised the Legacy wagon, slapped on an adventurous name and enlisted “Crocodile Dundee” star Paul Hogan as its pitchman.

“We recognized it as a unique car from the beginning,” said Peter Tenn, car line planning manager for Outback. “The Outback was developed in America when the company wasn’t doing very well – less than 1 percent share. We decided to capitalize on our all-wheel-drive system, which was very robust, and on SUV cues of the day. It captures what people want in a crossover: MPGs, size, handling. With 8.7 inches of ground clearance, it’s a trusted friend you can take anywhere and it will see you home. Having Paul Hogan in ads helped resonate with the public.”

Outback has become considerably more popular over the generations. The first generation, which debuted for 1996, and the second that ran 2000-2004, sold 200,000 units each. It increased slightly for the third iteration. Coinciding with a larger body, the 2010-2014 fourth generation spiked to 450,000 units, while the most recent edition posted 700,000 cars from 2015-2019. It’s Subaru’s best-selling or second-best-selling vehicle, depending on the year (vs. Forester).

By demographics, Outback customers are an interesting lot. Sales shake out 52 percent male, 78 percent married and 25 percent with kids at home. Many are well-educated; 37 percent have college diplomas, while 32 percent earned post-graduate degrees. Typical household incomes range is $75,000-$99,000. These are people who generally can afford more expensive cars, but choose Outbacks for their understated style and capability.

“It’s really important in terms of sales — about a quarter of Subaru’s volume,” Caldwell said. “It’s a cornerstone vehicle — the poster child for the go-anywhere movement. … For 2020, it seems like they improved on a vehicle that was already popular. It’s not a major departure. … They stay in a narrow lane and do it well.” 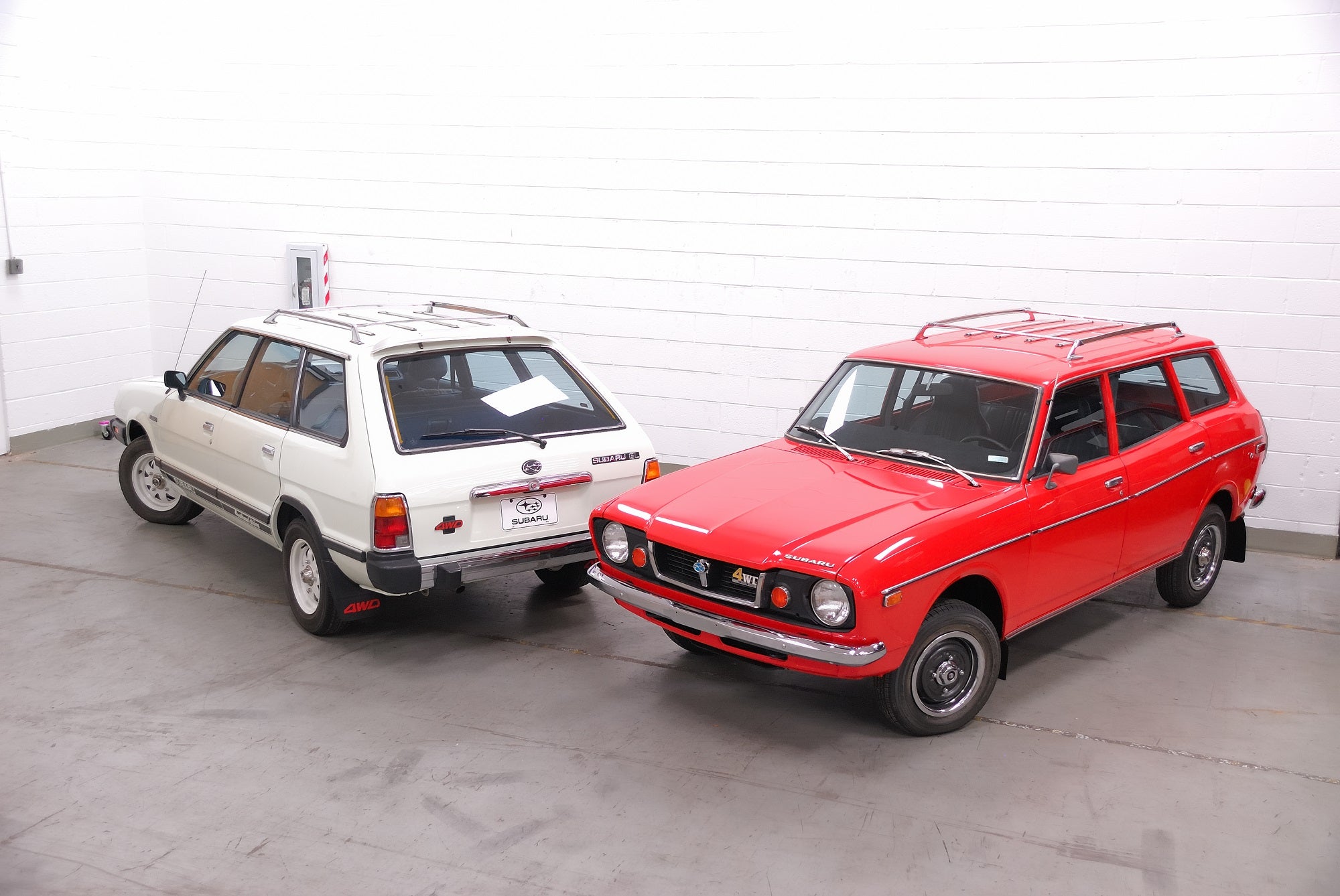 A 1976 Subaru station wagon and one from 1980. The automaker continued building AWD compact wagons through the 1980s and 90s.

Seeds were planted back in 1975 when Subaru introduced the Leone series compact wagon (forerunner of today’s Impreza) with an elevated ride height and four-wheel-drive. The automaker continued building AWD compact wagons through the 1980s and ’90s, culminating in a soul-searching moment during 1993 when every model adapted AWD for better differentiation in the market. Building a larger wagon seemed sensible.

With the third generation, Subaru dropped regular Legacy wagons altogether in the U.S. It was sleeker, felt more expensive and included an available 2.5-liter turbo-four from the rally-ready WRX.

Despite having the affordable wagon segment mostly to itself, it’s not all sunny trails. No matter what Subaru does to the Outback, it’s still a station wagon on stilts. For some, it will never be cool; style is less than elegant. It’s neither compact nor inexpensive, which means it won’t fit every carpark.

Owners appreciate the car’s versatility. Search YouTube videos to see the Outback challenge serious off-roaders or bust through snow drifts. Even with ample ground clearance, the wagon profile lets owners stand on the ground while lofting bikes, kayaks and skis onto the roof. The Outback routinely tops IIHS crash tests.

“They love the safety aspect, all-wheel-drive, and that it basically lasts forever in their minds,” Tenn said. “People who buy a new one have the same attitude as those who bought them in the ’90s.”

Subaru could have radically changed the Outback for 2020, but owners wanted it to look like, well, an Outback. 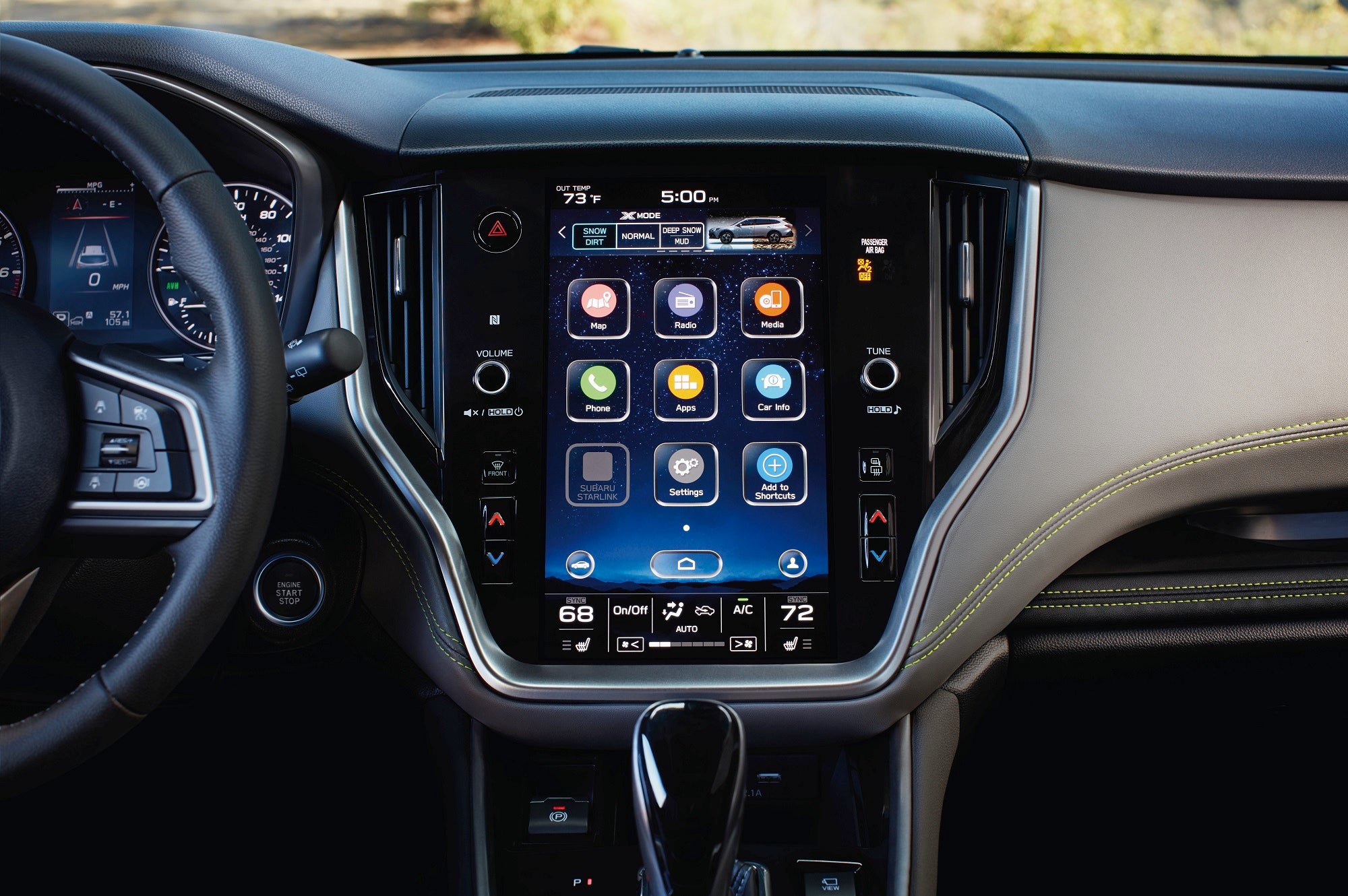 The 2020 Subaru Outback’s exterior wasn’t changed much, but the interior was transformed with tablet-style touchscreens, Wi-Fi and wireless phone charging.

“The new Onyx edition with blacked-out trim has a front camera, full-size spare, and spill-resistant interior,” Tenn said. “We know the market is changing and want to match younger buyers with more active lifestyles. We will keep our ears to the ground, listen to the owner body and respond.” 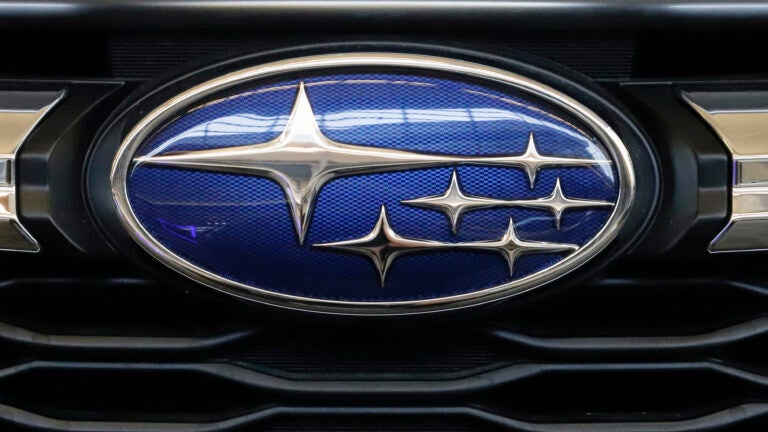