Q: I have seen so many cars with their headlights off driving in the evening and cannot stop wondering about something. There is an auto setting for headlights, and it appears that should be the default so that we don’t have to worry about turning the lights on and off.

Should we make it extra hard to switch to the off position? In addition, there is no warning sign on the dashboard when headlights are off in the evening. Is this something we should suggest to automakers?

A: Not all vehicles have automatic headlights, especially older vintages. But I agree that, if your car is so equipped, you should use the automatic setting. Although there are not reminder lights on the dash indicating that the headlights are off, that task often falls to oncoming motorists who flash theirs.

I put this in my car even before cars had the rear third brake light. The yellow light comes on when I have my foot off any pedal. Red comes on when I brake, and green comes on when my foot is on the gas. I use microswitches on the pedals. I replaced the old Christmas lightbulbs with LEDs. Years ago, a cop did stop me, but he only wanted to know where he could get one, too. I am still looking for another toy traffic light so I can add one to my other car.

A: Very clever. I presume you have checked out hobby shops, especially those specializing in electric trains and accessories. I did a bit of surfing and found one at Bed Bath and Beyond that you may be able to hack. The brand is Theo Klein and it even has walk/don’t walk lights.

Q: B.K. in Chicago noted how regenerative braking is almost one-foot driving. Your left foot is only for the clutch and parking brake. Using both feet in an automatic transmission vehicle lets you depress both pedals at the same time. This will guarantee much longer stopping distance in a panic situation.

What I hate is the flickering brake lights in heavy traffic. You have no idea what the car in front will really do. Or the bright brake lights on while accelerating. It appears that two-foot drivers justify their tailgating causing the rolling yo-yo traffic jams. As heavy as traffic in Japan can be, it is much less frustrating due to the uniform consistent behavior by the drivers.

A: Two-foot drivers are sometimes lazy and prone to letting their left feet rest on the brake pedal. Not only does this send the wrong signal to following cars, it sends the wrong signal to the vehicle’s operating systems. The engine and transmission control modules rely on signals that the brakes are being applied to make important decisions. Additionally, premature brake wear is likely. The only time I use both feet is for trail braking on the racetrack.

Troubleshooting shift to 4WD in F-150

Q: I have a 2013 F-150 4×4 (bought new) with less than 19,000 miles. When I shift into 4-wheel drive under load, such as going up a steep incline, there is a loud bang under the truck. Is this a concern? If I anticipate the shift and make it on the flat preceding a hill, no problem. The nearby dealer’s mechanic who checked it out couldn’t get it to react similarly (no surprise, as it’s all level paved roads nearby). But if I forget to anticipate when pulling my 22-foot travel trailer up an incline on a gravel road and shift into 4-wheel for extra traction, the resultant noise is concerning.

A: John, your truck is equipped with an “electronic shift on the fly” system that does allow shifting from 2-wheel drive (2WD) to 4-wheel drive (4WD) high range at any speed and 2WD to 4WD low range below 3 miles per hour with the transmission in neutral. The transfer case contains an electronically controlled clutch which is used to synchronize the speed of the front driveline with the rear driveline during 2WD (2H) to 4WD high (4H) shifts.

The second half of the shift process employs the IWE (integrated wheel end) system, consisting of spring-loaded vacuum hubs, which engage or disengage each front wheel hub to the outer axle. Engine vacuum is delivered or not to each hub via a solenoid that’s controlled by the transfer case control module. This is perhaps the more sluggish of the two systems. A check of the vacuum reservoir and hoses for leakage might be considered.

I believe the transfer case clutch takes care of business just fine whether you are under load or not, but smooth shifting of the hubs is likely a differing matter. Assuming the transfer case shift completes before the hubs, there would be considerable force exerted on the sliding/engaging hub mechanism when the drivetrain is under load. Perhaps one hub engages first, and the bang is the front axle internals slamming hard as the second engages? This is not a good thing and is something to be avoided!

It can be difficult to always predict when 4WD operation may be required for the road or trail ahead and it’s not prudent to engage 4WD when on dry pavement. Perhaps when surprised by the need for a 2WD to 4WD shift on a hill, you can back off the throttle momentarily to allow the shift to complete before again bearing down, or better yet come to a stop?

This brings back memories of my 1951 Chevy pickup with engine vacuum operated windshield wipers. When climbing a long grade in the rain, I needed to occasionally back off the throttle momentarily to get a couple of wiper sweeps! 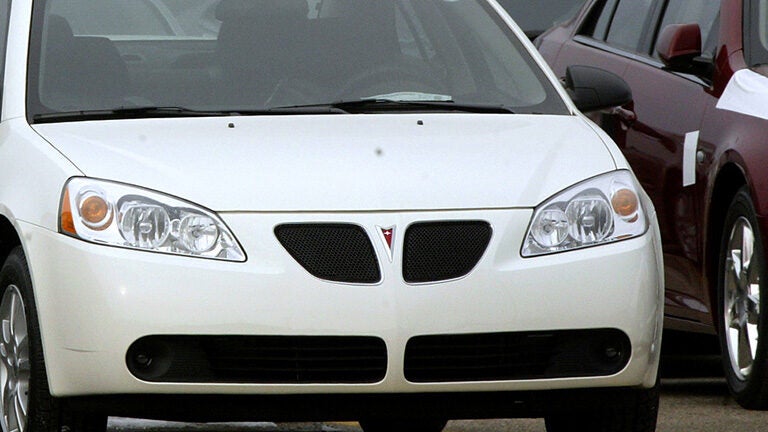