There’s a new electric vehicle brand on the block, and it’s chosen a handful of target cities to show off its high-performance sedan with lofty ambitions — to take a chunk of market share from the hot-selling Tesla Model 3.

It’s the Polestar 2, a fastback that can travel up to 275 miles on a single charge, go from zero to 60 miles per hour in under five seconds with all-wheel drive and boasts being the first vehicle of any kind to feature a built-in Android infotainment system. The launch edition that rolls out in the first half of next year costs $63,000.

Prospective buyers can get in line to purchase the car by putting down $1,000 reservations.

“I think the equipment, the fit, the finish of the car are exceptional,” said Jonathan Goodman, Polestar’s chief operating officer. “And I think it makes a wonderful alternative to the highly successful Tesla Model 3.”

Polestar is a stand-alone brand jointly owned by Geely, the Chinese auto giant, and Volvo.

Production is slated to begin in the first quarter and when the car hits the streets in the second quarter, Polestar plans on opening retail operations in four West Coast cities in the U.S. — San Diego, San Francisco, Los Angeles and Seattle — and one in Canada (Vancouver, B.C.).

It’s not yet known where the physical San Diego space will be located. Company executives are working with Volvo retail franchises to determine where to place what they call “Polestar Spaces” that will be attached to a local dealership. Goodman envisions a showroom of relatively modest size — about 2,500 square feet.

“There’s going to be good access to the after-sales network for the local San Diego customers, but also a stand-alone space that they can come in and discover the Polestar brand,” Goodman said.

It’s easy to see why Polestar wants to make a run at the Tesla Model 3.

Promoted as a Tesla for the masses, the list price for a stripped down Model 3 starts at $42,900, with rear-wheel drive and 260 miles of range. More expensive versions with features like all-wheel drive and added range cost as much as $70,000 — and those cars have been delivered first.

And the Model 3 has racked up some impressive numbers, especially in California.

In the first six months of this year, the Model 3 was the third best-selling car in the Golden State — unheard of for an electric vehicle, or EV. Only the Honda Civic and Toyota Camry sold more units. The Model 3 accounted for more than 60 percent of all California’s EV registrations in the first two quarters.

“Tesla has a huge market share and they really do set the bar for what an EV is,” said Jeremy Acevedo, pricing and industry analyst for Edmunds.com.

But by producing a car with sleek styling, roomier trunk space than the Model 3 and the backing of Volvo’s service network, the makers of the Polestar 2 see an opportunity.

“Dimensionally, it’s pretty similar to a Tesla Model 3 and I think it creates an alternative and joins the competition in and around it where there hasn’t been much,” Goodman said. “We happen to believe it’s a great alternative, but I think that’s for the customer to come in and have a look and decide.”

Tesla officials declined to comment about Polestar taking aim at the Model 3.

So far, though, Tesla’s domination in the EV space has endured.

The company’s name recognition is unrivaled among its competitors, many Tesla owners speak of CEO Elon Musk with an almost religious fervor and the company boasts a competitive advantage when it comes to battery technology — a key component in the EV sector.

A Polestar executive earlier this month conceded that when it comes to energy efficiency, Tesla is “far ahead of everyone else.”

“Nobody quite yet has been able to out-Tesla Tesla,” Acevedo said. “Jaguar has had a full electric SUV hit the market (the I-Pace) and that’s kind of been met with lackluster demand. The Audi e-tron, as well, really isn’t getting close to the Model 3 as far as sales numbers. These vehicles that have been billed as ‘Tesla killers’ really haven’t competed with the brand as far as market demand and sales thus far.”

But by leveraging Volvo’s institutional knowledge, Polestar executives feel they can make inroads by beating the Model 3 on design and quality.

One of the Polestar 2’s most talked-about features is a Google infotainment system. Google announced plans in 2017 to install Android technology into select Audi and Volvo vehicles. The Polestar 2 is the first to roll out Google’s in-car experience.

With Android embedded, drivers don’t have to pair their smartphones with the vehicle when they get in the car. In essence, the car and the computer are one. The 11-inch center console displays an Android Automotive operating system that includes voice-activated Google Assistant, Google Maps and Google Play Store.

The infotainment system allows the driver to access a suite of features, such as sending texts via audio, listening to podcasts or finding the nearest charging location.

“It means you can just get in and have all the benefits of Google voice activation,” Goodman said.

“Our research has shown time and time again that the people who are interested in electric vehicles, almost always have a very high-tech mindset,” Kim said. “Their interest in technology extends far beyond just the powertrain technology in the car … They’re total technology enthusiasts.”

On the other hand, Polestar has a problem to overcome right out of the gate.

“No one’s heard of Polestar,” Kim said. “Everyone’s heard of Tesla. Tesla is sort of the gold standard in electric vehicles right now.”

The lack of name recognition is “our primary challenge,” Goodman acknowledged last month in an interview at an East Village retail space where the Polestar 2 was on display. Given that the location sat kitty-corner from Petco Park when the Boston Red Sox played the Padres in a weekend series, plenty of foot traffic was assured.

“The big challenge for any brand is that we’ve got to get the notoriety,” Goodman said. “You have to bring the notoriety with good quality products.”

The company said the Polestar 2’s $63,000 price tag includes 25 percent tariffs imposed by the Trump administration on cars made in China that are sent to the U.S. The car will be eligible for the federal government’s $7,500 tax credit and California’s $2,500 rebate.

The Polestar 2’s debut comes as car makers come out with greater numbers of EV offerings. In years past, boxy EV models like the Nissan Leaf and Toyota Prius dominated the space but now just about every major car maker has introduced and added to its fleet of zero-emissions vehicles.

“Before, I got the feeling a lot of electric cars got treated as a science experiment — they were all kind of dorky looking vehicles,” Kim said. “But now you can tell there’s been an attitudinal shift by auto makers and I think a lot of that excitement is coming through in the designs of these upcoming electric cars. The electric cars don’t have to look like Leafs anymore … They can look cool.”

The developments are a far cry from five years ago when Sergio Marchionne, then the CEO of Fiat Chrysler, complained about federal and California mandates that push manufacturers to build electric cars and dissed his own company’s Fiat 500e.

“I hope you don’t buy it because every time I sell one it costs me $14,000,” Marchionne told an audience in Washington D.C. “I’m honest enough to tell you that.”

Kim said most automakers aren’t making money off their EV sales yet but they are jumping into electrification, especially since China has established quotas for automakers to produce EVs and the European Union has enacted increasingly stringent rules to reduce greenhouse gas emissions.

“One of the big issues we have to deal with as people over the next five years is air quality,” he said. “We believe part of that solution is offered by electric cars. It’s not the whole solution and we’re not pretending it is but we’re passionate about the move to electrification. So we’re not building this because we have to. We’re building it because we believe fundamentally this is the way the industry needs to go.” 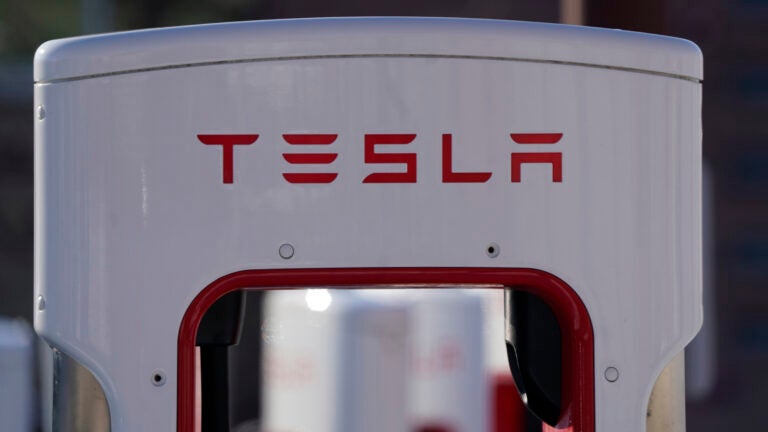