Automakers use the annual Consumer Electronics Show in Las Vegas to get creative. Sometimes the results can seem a little too creative — we don’t expect to see connected streetlights or adaptive sidewalks, as some companies have pitched in years past, anytime soon.

But CES also plays host to new technology that will be on dealer lots in the near future. Here are some of the top car tech features Edmunds’ experts saw at CES 2020.

The Chinese electric vehicle maker Byton revealed the production version of its upcoming M-Byte SUV in its North American debut at CES. The EV comes with four or five seats, competitive cargo space, and the ability to recharge its battery to 80% capacity in just 35 minutes on a DC fast-charging station.

The star of the M-Byte is its dazzling 48-inch touchscreen display that stretches across the entire dashboard. Byton is partnering with ViacomCBS to stream its video content directly through the screen. There is also local weather forecasting from AccuWeather, trip planning with the booking service Road.Travel, voice commands and 5G capability. Byton plans to deliver the M-Byte to U.S. customers in the spring.

Hyundai is focused on high-definition mapping. At CES, the South Korean automaker detailed the new system in its Genesis G90 luxury sedan. The navigation system, developed with the supplier HERE, takes overlaying map information and integrates it with what the vehicle’s cameras and sensors are seeing. The result is more accurate navigation, lane-centering and turning for safer journeys.

The company also revealed that its near future holds an advanced location system that provides an additional layer of safety. Called High-Precision Positioning, or HPP, the system uses GPS signals and the cellular network to pinpoint the vehicle’s exact location on the road. Hyundai says it will enhance features such as automated emergency braking and turn-by-turn navigation.

Traditionally, there isn’t much talk of off-roading at CES. But Fiat Chrysler Automobiles changed that with a plug-in hybrid version of its iconic Jeep Wrangler SUV. Jeep will also build plug-in versions of its Compass and Renegade crossover SUVs.

Jeep says the plug-in hybrid Jeeps will wear a new 4XE badge and provide better fuel economy and improved off-road ability due to greater torque and instant engine response. They are the first in Jeep’s plan to offer an electrified version of every model in its lineup by 2022. FCA has promised to release additional information about 4XE vehicles at the upcoming Geneva, New York and Beijing auto shows.

One of the newest names on the block, the electric automaker Rivian, used CES to announce its debut models. Each one comes equipped with Amazon Alexa built into its connected vehicle systems. Both the R1T pickup and R1S SUV will operate Alexa without the need for a phone or external app. Owners can use it to control in-car entertainment and navigation, as well as vehicle functions and smart home devices.

Alexa is programmed directly into the vehicles, Rivian said. It allows drivers to access a variety of functions, including opening the front trunk, viewing different camera angles, and setting the climate control. A few new vehicles already come with Alexa, but it’s new territory for the technology to come standard with the ability to operate whether the vehicle has cellular service or not. The R1T and R1S are expected to launch later this year.

EDMUNDS SAYS: Automakers are notably more grounded in their CES announcements this year, focusing mostly on market-ready technology that improves in-car information, navigation and efficiency. However, it’s FCA’s commitment to rolling out plug-in hybrid technology across its Jeep brand that has the most potential to change the automotive landscape. 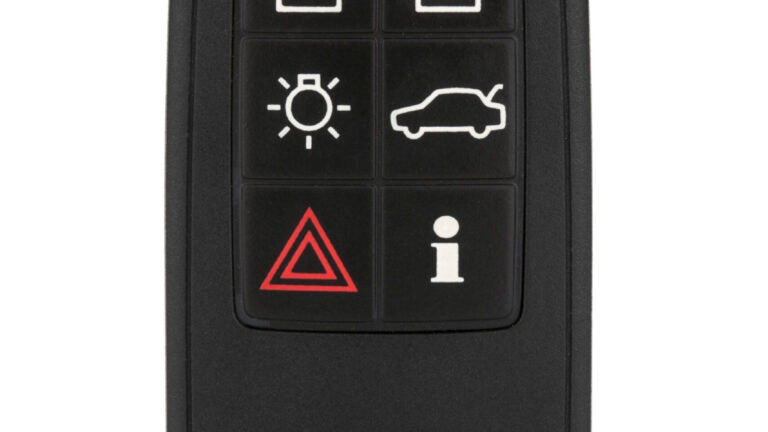 Will a dead key fob leave me stranded?