This should be a great year for new-car buyers, fans of new technology and exciting designs.

New vehicles ranging from America’s perennial bestseller, the Ford F-150, to luxury SUVs, electric sports cars and affordable entry-level models will all go on sale over the next 12 months.

The year’s bonanza got an unexpected boost from GM’s strike last fall, which pushed sales of the remarkable 2020 Chevrolet Corvette and the CT5, Cadillac’s latest swing at the sport sedan market.

Here’s a quick survey of some of the best, most interesting and important vehicles going on sale this year:

The 2019 Cadillac CT6 is a full-size luxury sedan that owes no apology to any of the more expensive Europeans in performance, handling and comfort.

This is a huge year for Cadillac. The Escalade SUV, the brand’s flagship and by far most profitable vehicle, must show luxury buyers the brand can raise the bar for luxury, design and technology.

There’s some reason for optimism. The new Escalade will offer an independent suspension for a smoother ride and better handling. Adaptive shocks and an air suspension will be available.

The interior must raise the bar for Cadillac, which was embarrassed by the style and luxury of Lincoln’s Aviator and Navigator SUVs. A big OLED display for instruments, navigation, audio and other functions is a start. The 38-inch screen stretches essentially from the driver’s door to the middle of the dashboard.

Cadillac’s remarkable Super Cruise system, which allows hands-free driving on limited access roads like interstate highways, will reportedly get an update that allows it to change lanes and pass slower vehicles without the driver doing anything.

While Cadillac can be counted on to pull out all the stops for a new Escalade, there’s more skepticism about the CT5 and CT4 sport sedans, which replace the CTS and ATS, respectively.

Nothing in advance information on the pair suggest Cadillac is about to jump ahead of vehicles like the Mercedes C-class or BMW 3-series.

The Escalade should go on sale in late 2020 as a 2021 model. The CT5 arrives early this year. The CT4 is sandwiched in between. 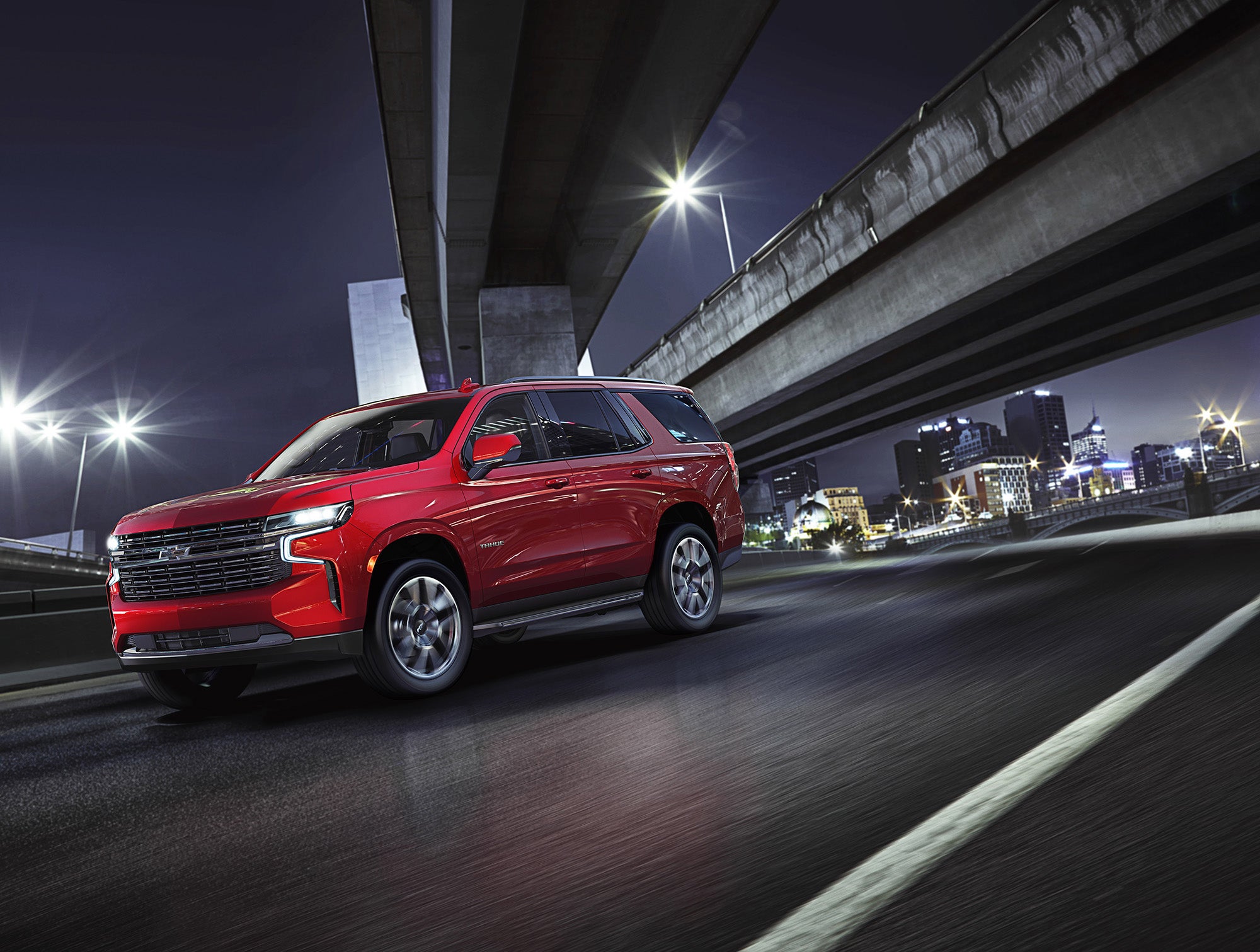 The 2021 Chevrolet Tahoe will go on sale in mid-2020 in North America. It will be manufactured at General Motors’ Arlington, Texas, assembly facility.

Chevrolet aims to have something for everybody, and that’s never been more true than in 2020. From a new entry-level SUV to the breathtaking Corvette convertible and massive Suburban, the brand has never reached farther and more ambitiously than it will this year.

The Trailblazer SUV fits between the subcompact Trax and compact Equinox, but it’s the price that matters: Starting under $20,000, it’s the answer to people who feared Chevy would abandon entry-level buyers when it stopped selling small cars. Sales should begin this spring

The Tahoe and Suburban SUVs are anything but small. They’re 6.7 inches and 1.3 inches longer, respectively, than the models they replace. More room will be welcome, as long as it doesn’t make the pair unmanageable in parking lots. An independent rear suspension improves ride and room for passengers in the third-row seats. Expect it in dealerships around midyear.

The Corvette coupe was supposed to hit dealerships late in 2019. The strike delayed that, an unbearable delay for enthusiasts who have already waited decades for a mid-engine Corvette. The new layout promises better acceleration and the ability to build even more powerful Corvettes going forward, but the launch model’s 495-hp 6.2L V8 and sub 3-second zero-60 miles per hour time are nothing to sneer at. The Corvette coupe goes on sale early in 2020. The convertible should arrive in spring or summer. 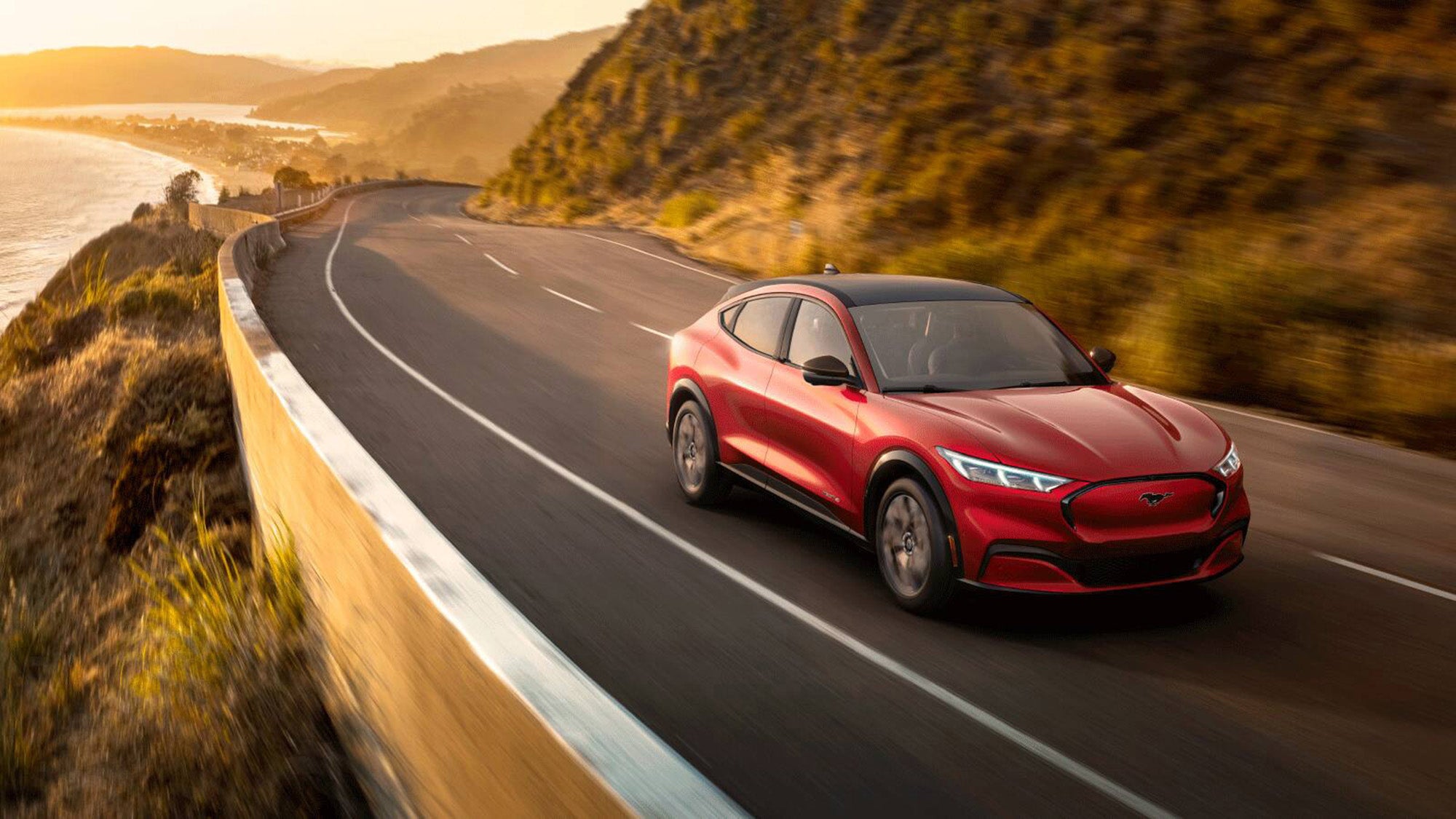 If Ford CEO Jim Hackett is sleeping soundly these days, the man either has sublime faith in his team or the guts of a cat burglar. Maybe both.

Ford Motor Co.’s two towering icons, the Mustang and F-150 pickup, both undergo fundamental changes this year. Not to mention a new version of the Bronco, an SUV that became a six-figure collector’s item while nobody was watching.

The Mustang Mach-E, an electric SUV with handling developed by the Mustang team, and looks that consciously echo the original pony car, has the makings of a hit, but its production launch will be critical. Its quality, performance and value are Ford’s best hope of establishing itself as a leader in the emerging market for electric vehicles.

The F-150 will get its first taste of electrification with a hybrid model this year. Hybrid pickups have been ho-hum affairs so far, more akin to towing a portable generator than adding excitement and value to America’s favorite vehicles. There are reports a 4.8L V8 will replace the current 5.0L Coyote engine, producing more power with better fuel economy.

The new F-150 needs to change that, while also stepping up comfort, convenience and capability across the whole model line in the face of strong new competitors from Chevrolet, GMC and Ram.

The new Bronco is expected to have square, upright sides and a long hood for a look that recalls the original. Based on the Ranger midsize pickup, expect it to offer a wide range of advanced features including trail control, which manages throttle and brakes in tough off-road conditions so the driver can concentrate on steering.

Hyundai’s luxury brand has delivered good vehicles, but not much excitement so far. That needs to change when its first SUV, the midsize GV80, debuts in the spring. The GV80 will land in a popular, but crowded part of the luxury market, competing with models like the Jaguar F-Pace, Mercedes GLE and Cadillac XT5. Expect plenty of features and value-pricing, but the GV80 may need a surprise up its sleeve to make an impression.

The G80 replaces the sport sedan that’s been Genesis’s best vehicle so far. Look for features similar to the GV80.

Spy photographs indicate Genesis will debut a more flamboyant styling theme on both vehicles. The G80 goes on sale in April, the GV80 June.

Honda is expected to replace two of its best vehicles this year, the Civic compact car and HR-V subcompact SUV.

Expect evolutionary changes from the powertrains and styling. While an HR-V hybrid is sold in other parts of the world, the new model isn’t like to include that goody in the U.S.

Hyundai encouraged its designers to take chances on the striking Sonata sedan that went on sale late in 2019. Expect a similar approach, along with an emphasis on value and plenty of standard features, from the new Tucson compact SUV, which should arrive in the second half of 2020. It’s expected to look like the Vision T concept Hyundai revealed at the Los Angeles auto show. A plug-in hybrid model is possible.

Despite reports Hyundai’s long-awaited Santa Cruz midsize pickup will arrive in 2020, a 2021 launch appears more likely. The Santa Cruz is expected to be based on a front-drive architecture, like the Honda Ridgeline. 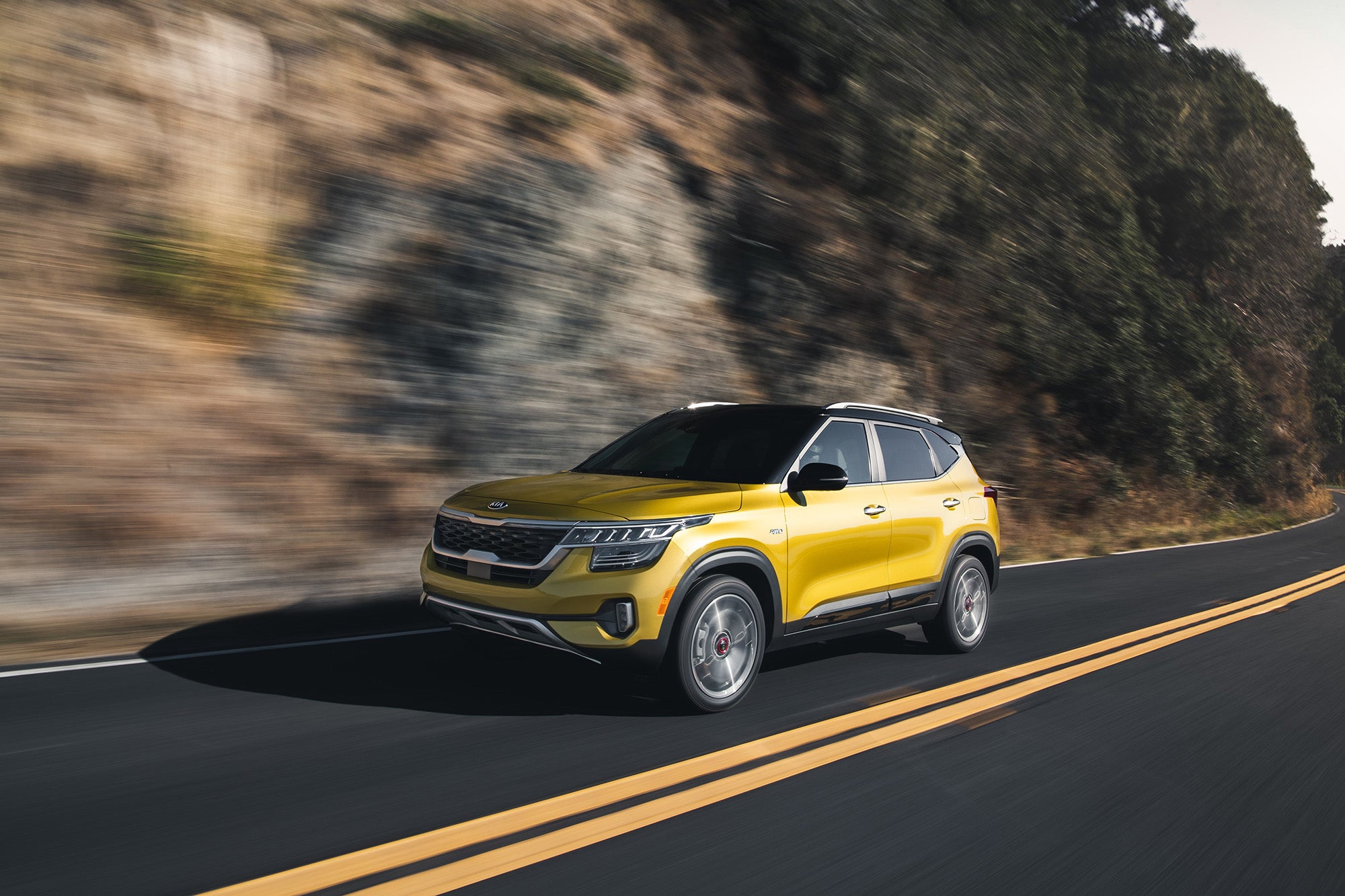 We haven’t seen hide nor hair of Kia’s new Optima midsize sedan yet, but you can bet it’s coming because its corporate cousin, the Hyundai Sonata, is about to go on sale.

Based on the 2020 Sonata, the 2021 Optima will be loaded with features and a good value.

The most intriguing question about the Optima will be whether Kia can adapt styling cues from its striking Telluride three-row SUV, which was just named Free Press Utility Vehicle of the Year. 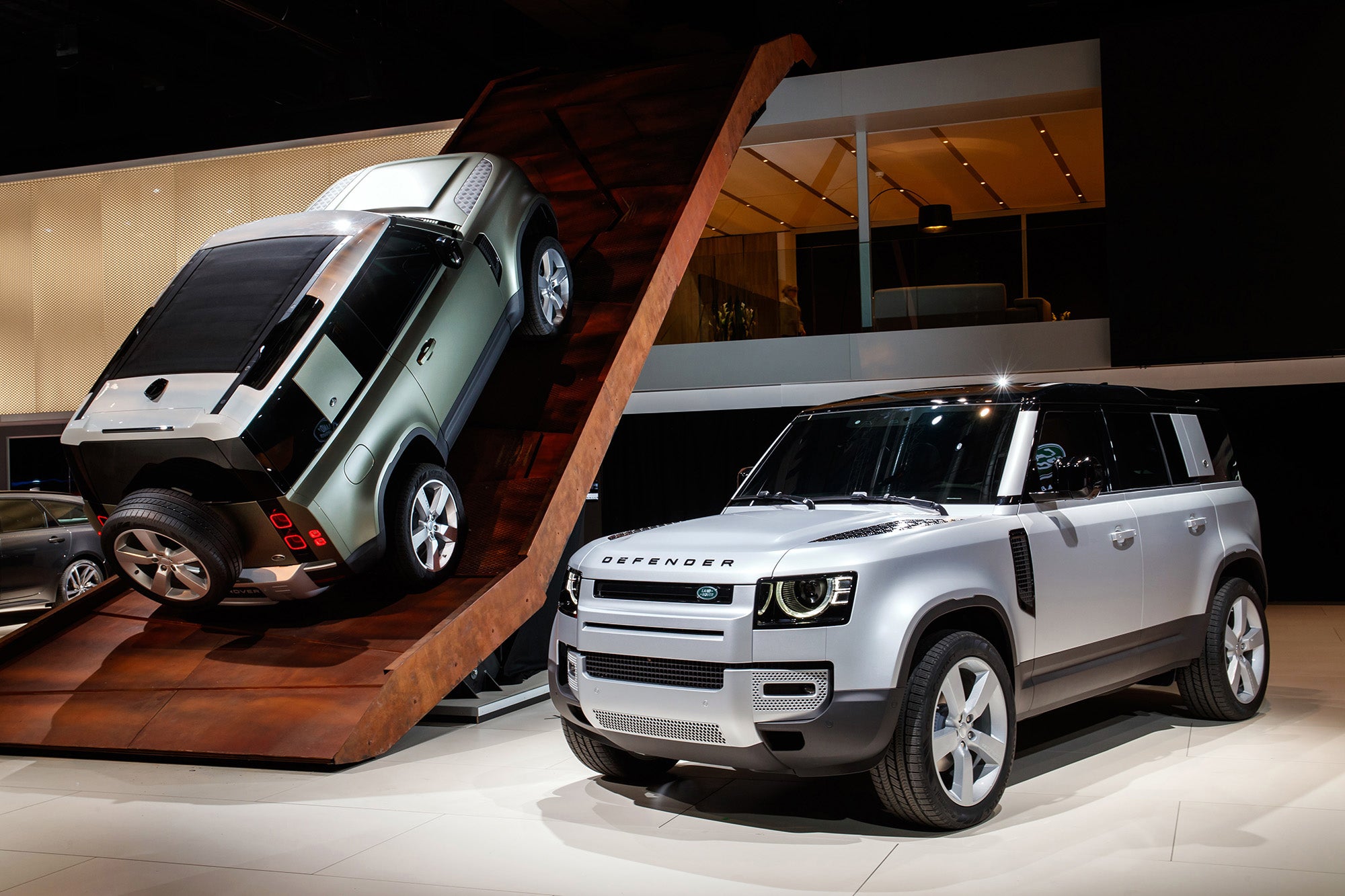 The new Defender marries a name steeped in heritage to modern styling, an unusual combination. While SUVs like the Jeep Wrangler and Mercedes G-class carefully maintain visual connections to their past models, the new Defender’s appearance is more in line with contemporary models like the Discovery than the boxy original 1948 model.

Land Rover will offer two- and four-door models called the Defender 90 and 100, respectively. Excellent off-road capability is a given, as are options like an opening fabric roof and lockable, waterproof exterior boxes to carry your gear.

Prices will start in the mid-$40,000s when the full line is available this fall, but sales begin with pricier launch editions in the spring.

Nissan will replace its best-selling vehicle, the Rogue five-passenger SUV, this year and add a well-equipped new Sentra compact sedan.

The Rogue is expected to raise the bar for standard driver-assist and safety features in a mainstream vehicle. It will be one of the first vehicles built on a new platform developed with Nissan’s partners Renault and Mitsubishi. Likely to be slightly larger than the current model, its styling will reportedly draw from the Xmotion concept vehicle Nissan unveiled at the 2018 Detroit auto show. The new Rogue is expected late in 2020.

The Sentra is 2 inches lower and 2 inches wider than the previous model for a sportier profile. Options include two-tone paint. 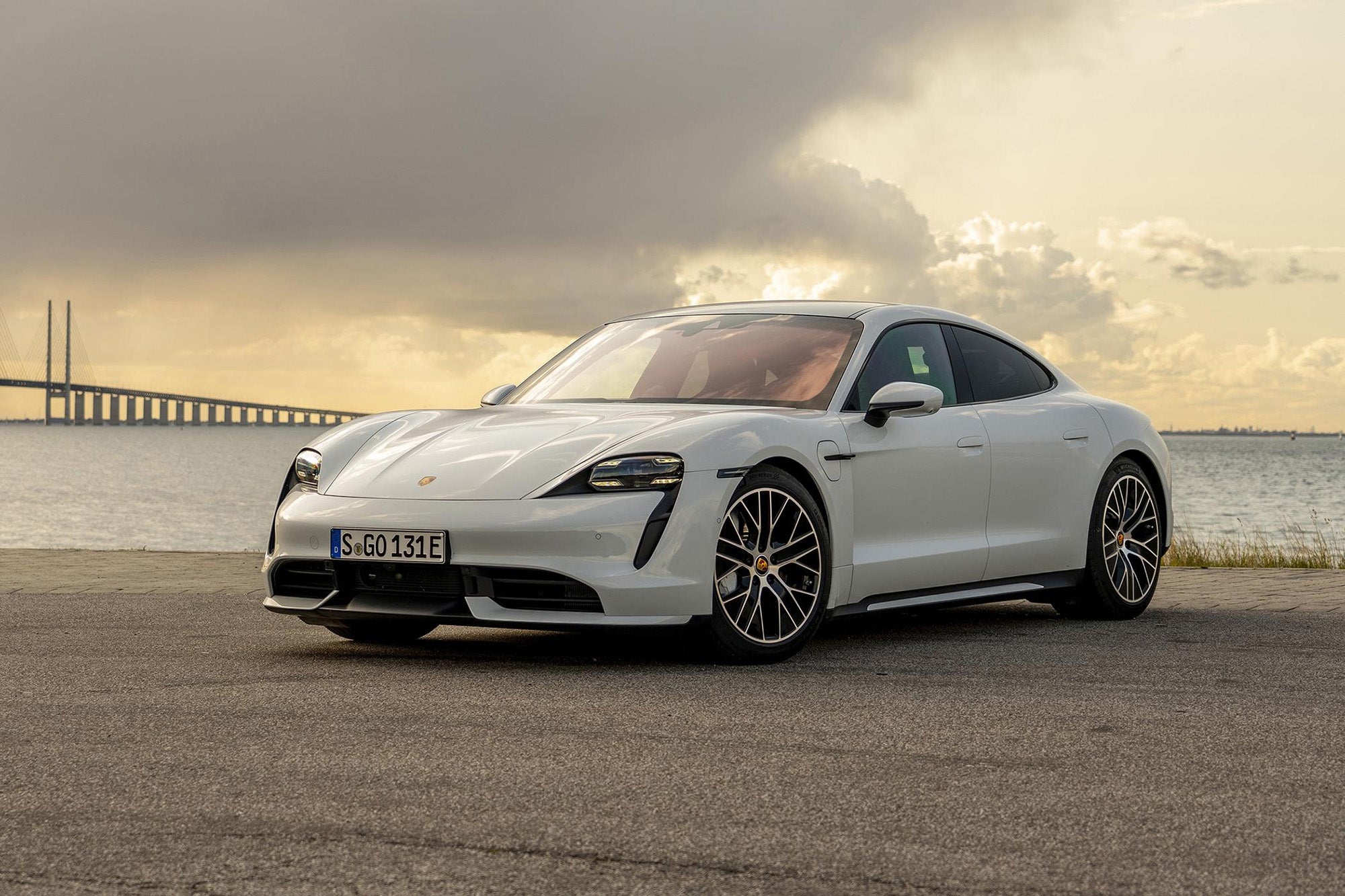 Porsche’s Taycan electric sport sedan, one of the most eagerly awaited vehicles of the decade, goes on sale in the spring. The sleek Taycan has an electric motor on each axle for all-wheel drive. The base model should hit 60 miles per hour in 3.8 seconds and top out at 155 miles per hour.

There’s already a fly in the ointment, though: the EPA rates the Taycan’s range on a charge at a very pedestrian 201 miles. That’s less than Ford promises for the base model of its Mustang Mach-E, which will have a sticker about $60,000 below the Taycan 4S’s $103,800

The name is pronounced “Tie-con,” and while we’re at it, correct pronunciation of the brand requires two syllables: “Pour-sha,” like the woman’s name and Shakespearean character Portia. 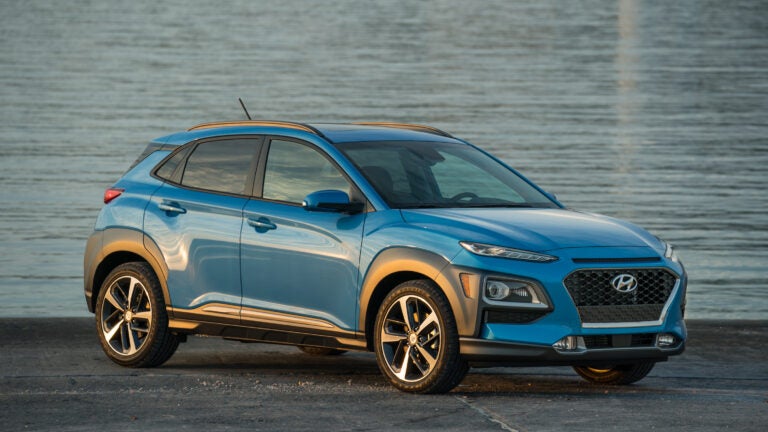 Why am I getting a 'battery discharge' warning on my car's dashboard?