DETROIT (AP) — Unemployment is down, consumer confidence is up, and gas prices and interest rates are still low.

It was the sixth straight monthly decline as sales dropped off last year’s record pace. For the first six months, car and truck sales fell 2.1 percent, the first such decrease since the financial crisis in 2009.

But auto executives and industry analysts say it’s no cause for panic. Sales are still strong and aren’t expected to plunge anytime soon. Plus, buyers are still loading out trucks and SUVs with high-priced options, and that’s likely to boost earnings, at least in Detroit.

Sales are falling largely because people who delayed car and truck purchases in the years since the Great Recession have bought new ones, says Jessica Caldwell, executive director of analysis for Edmunds.com. “We’re kind of at the point where we don’t have a boost from that,” she says.

Also, auto companies are cutting lease deals as used-car values fall, curtailing another incentive to buy. And people with lower credit scores are feeling the pinch from lenders tightening standards a bit, sending many into the used car market, Caldwell says.

Autotrader senior analyst Michelle Krebs says the small first-half dip is not an indication of broader economic troubles. She doesn’t expect a big recovery in the second half of the year, but also doesn’t see a huge decline, predicting full-year sales from between 16.8 million to 17.3 million. That’s still below last year’s record of 17.55 million.

“We think the second half could be a little bit stronger than the first half was,” says Krebs, who expects 2016 still to be the fifth-best year on record. “We don’t see any imbalances that suggest anything is going to collapse.”

U.S. buyers continued a trend they’ve been following for years, purchasing SUVs and trucks and shunning cars. Car sales fell 13 percent in June while trucks and SUVs rose 4 percent, according to Autodata Corp. Trucks and SUVs accounted for 63 percent of sales last month. Just five years ago they were less than half.

Slowing car sales are good for consumers who are looking to buy a car, says Caldwell. Dealer inventories are growing before production cuts take effect and discounts are rising, so now is the time to buy.

Even with the sales decline, auto prices remain high, according to J.D. Power and LMC Automotive. The average vehicle sold for $31,720 in June, a record for the month, surpassing the old record of $31,073 set last year. But some automakers are having to raise discounts and sell more vehicles to rental car companies to keep their sales numbers up. The average incentive spend per vehicle in June was $3,661 in June, also a record for the month. Even spending on trucks and SUVs is up about $350 from last year, J.D. Power and LMC estimated.

The general manager of the Honda division in the U.S., Jeff Conrad, conceded that the competition is stiff. He said Honda posted an increase “against a sea of competitors clinging to market share via heavy incentives and fleet sales.”

The shift toward cars is good news for companies that rely heavily on pickup trucks and SUVs such as Ford, GM and Fiat Chrysler.

Mark LaNeve, Ford’s vice president of sales, said even though Ford’s retail sales to individual customers were down 1 percent in the first half of the year, its revenue will be up because of strong sales of loaded-out pickup trucks.

The shift won’t be such good news for brands like Hyundai, which is heavily dependent on car sales. Sales of Hyundai’s Elantra compact car, normally among the brand’s top-selling vehicles, fell more than 40 percent to just over 13,000. A year ago, Hyundai set a sales record for the month of June. 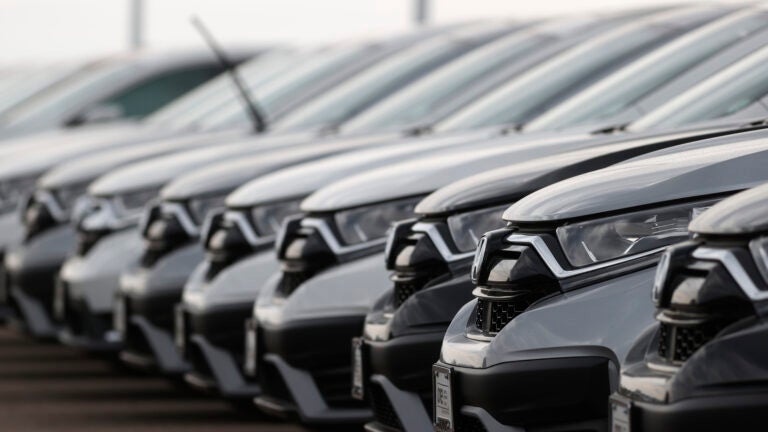