DETROIT (AP) — For a surprise choice, Expedia CEO Dara Khosrowshahi appears to check the boxes needed to tackle the massive job of leading Uber from a rapidly growing but dysfunctional money-loser to a company that can turn a consistent profit.

Like Uber, Expedia is a global juggernaut that uses an internet platform to process millions of transactions every year. Expedia went through a big growth phase just like Uber, and has mastered making money on travel booking transactions, something that’s only an aspiration for Uber.

Khosrowshahi also has experience leading a public company, which Uber wants to become, and he has handled vocal investors and strong-willed board members, which Uber has.

“The businesses he was in are all about wringing efficiency out of underutilized assets and using a network to do it,” said Gartner analyst Michael Ramsey. “He’s really in the same business.”

Uber’s fractious eight-member board voted Sunday to offer the job to Khosrowshahi, 48, who has spent most of his career at Expedia or what was once its parent company, IAC/InterActiveCorp. Expedia’s board chairman confirmed the offer in a note to employees, but as of late Monday there was no announcement from Uber, where Khosrowshahi reportedly was meeting with employees.

At Uber, Khosrowshahi will face a multitude of problems that led to the ouster of contentious CEO and co-founder Travis Kalanick. Board members are engaged in a very public fight, one that has spilled into the courts and influenced the CEO pick. An investigation by an outside law firm found rampant sexual harassment and bullying and there have been allegations of theft and deceit.

To right the company, Khosrowshahi must calm employees, showing them he’s got a specific plan to change culture and make money, Ramsey said.

He has the credentials to do that, RBC Capital Markets analyst Mark Mahaney wrote Monday in a note to investors. “Expedia’s loss is Uber’s gain,” he wrote.

Uber’s drivers are already worried that Khosrowshahi will trim their wages as part of the effort to make money, said Chris Townsend, director of field mobilization for the Amalgamated Transit Union, which has been organizing the drivers in New York.

“Until we see whether this CEO can bring a meaningful change in the company’s behavior, we are going to be fastening our seat belts,” Townsend said. “While we are trying to be hopeful, there is as much as dread and trepidation as anything else.”

Khosrowshahi was a “major factor” in IAC’s success during the past 12 years, Mahaney wrote, adding that Expedia’s share price has risen by a factor of eight and its bookings went from about $16 billion in 2005 to $72 billion last year.

By market value, San Francisco-based Uber is triple the size of Expedia Inc., which is headquartered in Bellevue, Washington. The privately held Uber’s total number of outstanding shares are worth just under $70 billion, while the total value of Expedia’s shares is about $22 billion.

Khosrowshahi has 19 years of leadership at Expedia and IAC, and has had to deal with acquisitions and challenges, said Morningstar senior analyst Dan Wasiolek in an interview. Moreover, Khosrowshahi has created a corporate culture that employees respect, as measured by third-party surveys, Wasiolek said.

“Given all the problems at Uber, the lack of any real controversy amongst employees at Expedia indicates that he may do a good job at personnel leadership,” Mahaney said.

Khosrowshahi may not have been offered the new job, if not for Uber’s bickering board. One flank of directors campaigned for former General Electric CEO Jeffrey Immelt to take over the top job while another led by Silicon Valley venture capital firm Benchmark wanted Hewlett Packard Enterprise CEO Meg Whitman. Immelt withdrew Sunday and it was unclear if Whitman was ever really back in the race after multiple statements disavowing interest.

Both factions were impressed with Khosrowshahi, whose became the consensus candidate, said one person briefed on the matter. “He was very much no drama,” said the person, who did not want to be identified because the board meeting was private.

Khosrowshahi became accustomed to boardroom tensions at Expedia, where two of its directors — media moguls Barry Diller and John Malone — have had an acrimonious relationship at times. At one point, a company controlled by Malone sued to oust Diller from his CEO job IAC.

If he moves to Uber, Khosrowshahi will have to figure out a way to unite the board and end the acrimony. “That’s an unusually divisive board,” Mahaney said. “I’m not sure who has experience doing that.”

Khosrowshahi would have to surrender most of a lucrative compensation package awarded in March 2015 when he signed a contract to remain Expedia CEO through September 2020. The deal included stock options valued at $90.8 million at the time they were awarded.

Companies that lure away top executives from their current jobs typically have to make up for the money that they are surrendering.

Khosrowshahi, an Iranian refugee, has been open in his disdain for President Donald Trump, particularly his travel bans on people from several predominantly Muslim countries. “The President’s order represents the worst of his proclivity toward rash action versus thoughtfulness,” Khosrowshahi wrote in an email to some Expedia employees in January, according to The Seattle Times.

In a February conference call with analysts, Khosrowshahi ended a discussion of Expedia’s quarterly results with an ominous remark: “Hopefully we will all be alive to see the end of next year,” he said.

Uber is now being run by a 14-person group of managers and is without multiple top executive positions that would be filled by Khosrowshahi. 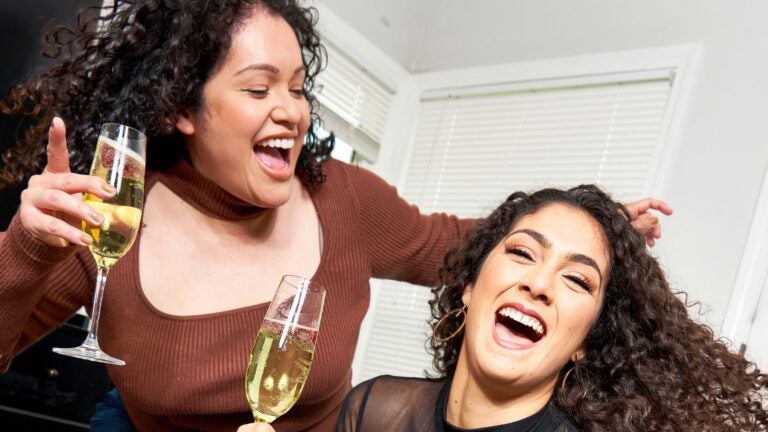 What makes quitting so contagious?