In an hourslong meeting, the company’s board of directors voted unanimously to dismiss Ghosn as chairman and as a representative director, Nissan said in a statement. It said its own internal investigation, prompted by a whistleblower, found serious misconduct including under-reporting of his income and misuse of company assets.

It was a stunning downfall for one of the biggest figures in the auto industry. Ghosn had helped drive turnarounds at both France’s Renault SA and at Nissan and then managed an alliance between them that sold 10.6 million cars last year, besting its rivals.

Renault is still reeling from Ghosn’s Monday arrest, and its share price has yet to recover. Its acting chief, Deputy CEO Thierry Bollore, spoke publicly Thursday night for the first time since Ghosn was sidelined, and sought to soothe markets, car buyers and his employees by promising continuity.

In a video released by Renault, Bollore said the carmaker still plans to release several new models next year. Acknowledging the “particular situation” the company is in, he pledged his “full commitment” to Renault’s 180,000 workers and its partners and customers. Renault’s board decided not to fire Ghosn, instead installing temporary leadership.

The French government, which owns 15 percent of Renault, is also worried. French Finance Minister Bruno Le Maire said Thursday that France has yet to receive information from Japan about what Ghosn is accused of and insisted on “respect for the presumption of innocence.”

Speaking to The Associated Press, Le Maire said “this turbulence shouldn’t weaken” the Renault-Nissan alliance or its hundreds of thousands of jobs.

Nissan said in a statement filed to the Tokyo Stock Exchange that its investigation uncovered misuse of company investment funds and expense money for personal gain.

Another Nissan executive, Greg Kelly, was arrested in Japan on suspicion of collaborating in the wrongdoing and also will be dismissed as a representative director, Nissan said. Their replacements will be decided later, it said.

Nissan’s board consists of nine members, including Ghosn and Greg Kelly. The seven other board members voted at the meeting, including two members from Nissan and two from Renault.

Ghosn and Kelly will remain on Nissan’s board for now as that decision will be up to shareholders. No date has been set yet for a shareholders meeting.

Ghosn is also chairman at Mitsubishi Motors Corp., a smaller Japanese automaker that’s partnering with the Renault-Nissan alliance and plans to hold a board meeting next week.

He has been held since his arrest Monday at a Tokyo detention center, under the same Spartan conditions as other detainees, Tokyo deputy prosecutor Shin Kukimoto told reporters Thursday. He gave few details about the case.

Under Japanese law, suspects can be held for 20 days per possible charge without an official indictment. Additional charges can be tagged on, resulting in longer detentions. Neither has been charged so far.

The maximum penalty upon conviction for violating finance and exchange laws is 10 years in prison, a 10 million yen ($89,000) fine, or both.

A French citizen born in Brazil, Ghosn became something of a corporate superstar in Japan as he led Nissan’s revival from near bankruptcy after Renault sent him to help in 1999.

Ghosn served as Nissan’s chief executive from 2001 until last year. He became chief executive of Renault in 2005, leading the two automakers simultaneously. In 2016, he also became chairman of Mitsubishi Motors Corp. after Nissan took it into the alliance.

Kelly, 62, joined Nissan, maker of the Leaf electric car and Infiniti luxury models, in the U.S. in 1988. He became a board member in 2012. His background is in human resources and alliance management.

Analysts say the future of Nissan’s alliance with Renault may be at stake, though Nissan’s statement Thursday said the company’s leadership was determined to minimize the impact from Ghosn’s case on the partnership. Renault owns 43 percent of Nissan, and Nissan owns 15 percent of Renault.

The economy ministers of Japan and France met in Paris on Thursday to discuss the issue and released a statement saying both sides are committed to supporting the alliance.

Nissan said its board will study setting up a third-party committee to beef up governance in management and compensation at Nissan.

Janet Lewis, managing director and head of industrial research, Asia, at Macquarie Capital Securities in Tokyo, said in an interview that an adjustment was needed to give Nissan more say in the alliance with Renault.

The partnership remains crucial for both companies, she said, since apart from financial ties the companies share technology and parts. The automakers need to be more like roommates than a married couple, she said.

“So they have to find a way to share their house and share all of their expertise because it’s very necessary in terms of new automotive technology, new platform development,” Lewis said. “They need to figure out how they can continue this and still live happily together in the same house.”

Associated Press writer Mari Yamaguchi in Tokyo and Angela Charlton in Paris contributed to this report. 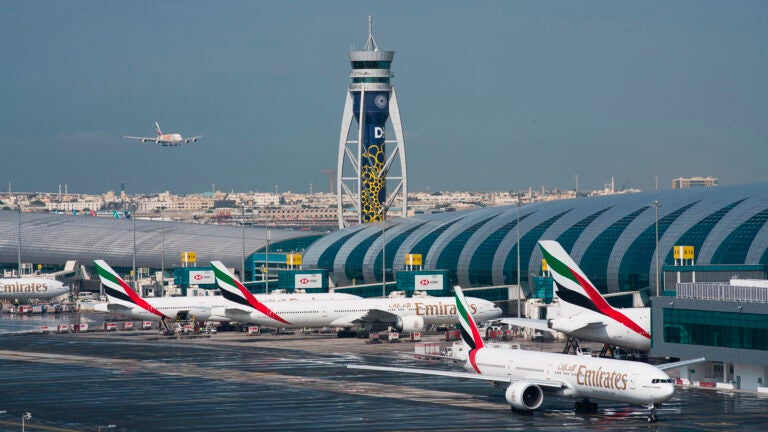