BOSTON (AP) — A coalition of nine Northeast and mid-Atlantic states and the District of Columbia have announced an agreement to work to impose regional limits on carbon emissions from transportation sources.

The goal of the landmark agreement, announced Tuesday, is to create “a regional low-carbon transportation policy proposal that would cap and reduce carbon emissions from the combustion of transportation fuels through a cap-and-invest program.”

The group said emissions from transportation sources account for the largest portion of the region’s carbon pollution.

The states will work to draft a more detailed plan within a year. At that time each state will decide whether to formally adopt the policy. Proceeds from the program would go toward developing low-carbon and more resilient transportation infrastructure — from bike lanes to public transit to zero-emission vehicles.

The agreement is in part a recognition of the role that transportation plays in the release of greenhouse gases that contribute to climate change.

A joint statement released by the states and DC says they will work together to decide key elements of a final deal including: the level at which to cap emissions; monitoring and reporting guidelines to ensure a decline in emissions over time; shared priorities for investment of proceeds, and clear timelines for putting a final deal in place.

The deal, if finalized, would be modeled after the nine-state regional “cap-and-invest” system for power plant emission known as the Regional Greenhouse Gas Initiative.

“Do not be fooled by the climate change deniers in Washington, climate change is real and if we do not take significant action now to reduce carbon emissions the harm to our economy, communities, and the planet will be irrevocable,” Malloy said in press release.

Massachusetts Secretary of Transportation Stephanie Pollack said the state has taken steps to address the release of greenhouse gases, but said more work needs to be done and “the transportation sector is key to reducing carbon emissions.”

Not everyone embraced the agreement.

Christopher Carlozzi, the Massachusetts state director for the National Federation of Independent Business, called the agreement “a fiscally dangerous and regressive proposal.”

“Thousands of businesses and commuters in the commonwealth will incur higher expenses — not only directly at the pump but also indirectly for a wide array of goods and services as the impact of new gas fees ripples through the economy,” Carlozzi said in a press release.

Other critics, including Massachusetts state Sen. Mike Barrett, said the agreement isn’t aggressive enough and “puts the most hesitant states in the driver’s seat.”

“The governors are, in effect, asking for a one-year timeout on addressing emissions from transportation,” Barrett said. “Given the urgency of the problem, that’s a big ask.” 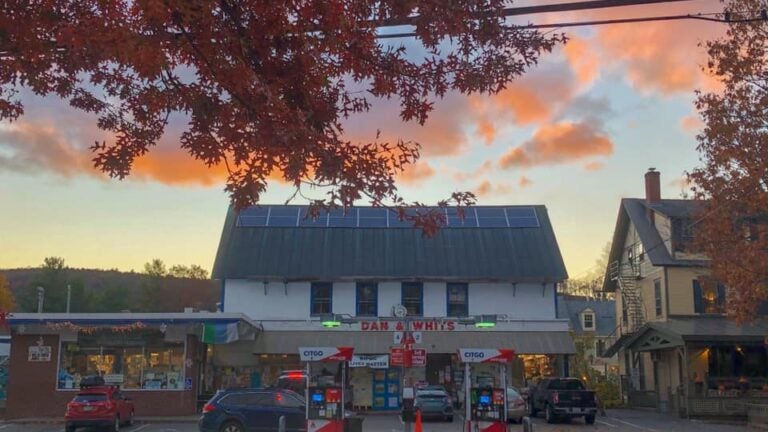 A general store found a creative solution to the labor shortage: customers