To mark its 110th anniversary, the French automaker Bugatti celebrated in singular style, unveiling the most expensive new car in the world – La Voiture Noire, or the black car – in Geneva.

In case interested buyers have €16.7 million or $18.9 million lying around, Bugatti already sold its one-of-a-kind creation. The luxury brand said that the jet black sports car with a 16-cylinder engine, 1,500 horsepower and six exhaust pipes was handcrafted for a car collector who probably identifies with the motto of company founder, Ettore Bugatti: “If it is comparable, it is no longer Bugatti.”

At its debut Tuesday during the Geneva International Motor Show in Switzerland, Bugatti chief executive Stephan Winkelmann said the car he deemed both “elegant and puristic” was inspired by an earlier model, the Bugatti Atlantic, of which only four were made.

“And if you look at the body work,” he noted, “there is not one line too many.”

The most expensive car ever sold is said to be a Tour de France-winning 1963 Ferrari 250 GT. It was purchased in June by David MacNeil, chief executive of the automotive accessory maker WeatherTech, for a reported $70 million.

Bugatti was founded in 1909 and acquired by German automaker Volkswagen in 1998.

Bugatti did not identify the new owner of the black car. But as Motor Trend wrote in its initial appraisal: “As the black car sits, the thing is further proof that now more than ever, it’s good to be filthy, stinking rich.” 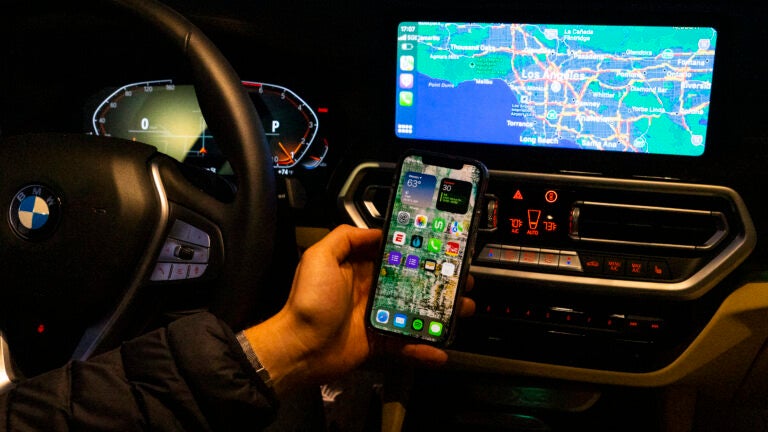