Driving while distracted is nothing new, but new distractions for drivers pop up all the time. While carmakers and tech companies have worked to keep drivers from checking their phones, the most effective safety features may be the technology that is laying the foundation for autonomous cars.

This advanced driver-assistance technology can automatically bring a vehicle to a stop when a collision is imminent, and lane-departure systems that keep the vehicle between the lines are immune to distraction.

“These systems don’t care if you’re looking at the radio or engaged in conversation,” said Ian Reagan, senior research scientist at the Insurance Institute for Highway Safety.

Three years ago, four teenagers were driving home from spring break in Texas when their Hyundai Elantra suddenly veered into the lane of oncoming traffic, where an 18-wheeler slammed into it, killing three of them.

What happened in the seconds preceding the crash? The driver glanced at a navigation app on her cellphone.

After that accident, the Texas Department of Public Safety said distracted driving was the No. 1 killer of American teenagers. Overall, driver inattention caused 3,166 deaths in 2017, according to a report from the National Highway Traffic Safety Administration.

Cellphone use is the most commonly cited cause of driver distraction, but that covers a wide range of activities. It seems obvious that texting or programming a navigation app is highly distracting, but is a phone conversation problematic if it takes place with hands on the wheel and eyes on the road?

“Cognitive distraction researchers have focused on cellphone conversations to see if there’s a crash risk when just talking,” Reagan said. “Results are mixed. Only a handful of studies show increased risk.

“Controlled studies on simulators and roadways have shown that when people are engaged in conversation, they scan the road differently, not looking to the sides or in the mirrors as much as when they’re fully focused,” he continued. “Some people who want to keep cellphones out of the car cite those statistics, but the most serious threats are straight ahead.”

Bryan Reimer, a research scientist at the Massachusetts Institute of Technology, said, “Talking on the phone while driving is probably a bad idea under most circumstances, but on a long boring highway drive it might be the best thing to keep yourself engaged. You don’t fall asleep while talking.”

While one can hope that drivers remain focused, little can be done to make it so. Other distractions include eating and drinking, conversing with passengers, looking at scenery or daydreaming.

Last I checked, daydreaming was still legal in all 50 states, and all those other actions are, too. Using a cellphone while behind the wheel, on the other hand, is illegal in many areas.

But even where cellphone use is banned, other technology can occupy drivers. For example, our cars’ so-called infotainment systems do much of what a cellphone does, including distract the driver.

Carmakers design such systems with this in mind, however, aiming to minimize the fiddling necessary to operate them. Voice activation, for instance, lets a driver watch the road instead of dealing with buttons or touch-screen icons. But these voice systems still demand the driver’s attention, and not all systems are created equal.

William J. Horrey of the AAA Foundation for Traffic Safety, working with the University of Utah, studied the voice-activated infotainment systems in 10 automobiles from 2015. The research quantified the visual and cognitive demands placed on the driver.

Study participants were given six tasks to complete with the voice system, including making a phone call to someone in their contact list, placing a call by entering a number and choosing music.

These tasks caused moderate to high levels of distraction, the study found. In compiling the data, the researchers quantified cognitive workload — how much thinking and focus are required to operate the systems — and they found considerable differences among the carmakers’ systems.

The MyLink system in a Chevrolet Equinox, which required only basic voice commands to complete a phone call to the contact list or dial a number, placed the least burden on the driver. By contrast, the Connect system in a Mazda 6 required several extra steps to complete the same tasks, demanding more of the driver.

Some voice-activated tasks were found to be highly distracting, and the impairment lasted longer than the task: Drivers were impaired for up to 27 seconds after making a music selection or concluding a phone call. The researchers also learned that practice doesn’t make perfect. The subjects of the study gained some proficiency in operating the systems over time, but they remained a distraction. Older drivers were affected more than younger and middle-age motorists.

Subsequent testing of 30 vehicles from 2017 by Horrey and his AAA team focused on three modes of driver and infotainment system interaction, including voice commands, center stack display interaction and physical controls in the center console. Tasks evaluated included placing a phone call, texting, tuning the radio and programming the navigation system.

Setting up the navigation system proved most difficult, with texting coming in second. But all of the tasks involved high levels of cognitive demand. In other words, the drivers had to focus on the task rather than on driving.

In 2018, the AAA team tested five automobiles that support Apple CarPlay and Android Auto, systems that enable control of the driver’s cellphone through the infotainment system. Both were less demanding of driver attention than built-in infotainment systems, the research found.

Apple, on its website, says CarPlay is a safer way to use a phone in the car because the system is designed to allow the driver to stay focused on the road. Google similarly says on its Android Auto page that while using the feature, drivers can keep their eyes on the road and hands on the wheel.

“We take driver safely very seriously at Google, and Android Auto is built to minimize driver distraction,” said Patrick Brady, vice president for engineering for Android Auto. “We run driver distraction testing on all updates to ensure that the ways of getting information are simple, and can be achieved in a few glances and taps as possible.”

While autonomous technology has made driving safer and less taxing, it still requires an attentive driver. But Reimer at MIT has warned that it can open the door to greater distractions.

In a 2018 TED Talk, he said: “Who would have thought automating simple things like shifting gears would have made it so much easier to pick up the smartphone? With increased automation comes increased responsibility.”

That’s a point that Reimer often emphasizes. He contends that as new technology eliminates a driving task, drivers tend to look for other activities and distractions to fill the time.

“In pursuit of automation, we’ve pretty much been letting the technology lead the way,” he said. “Forgetting about, to some degree, the behavior of the driver behind the wheel.” 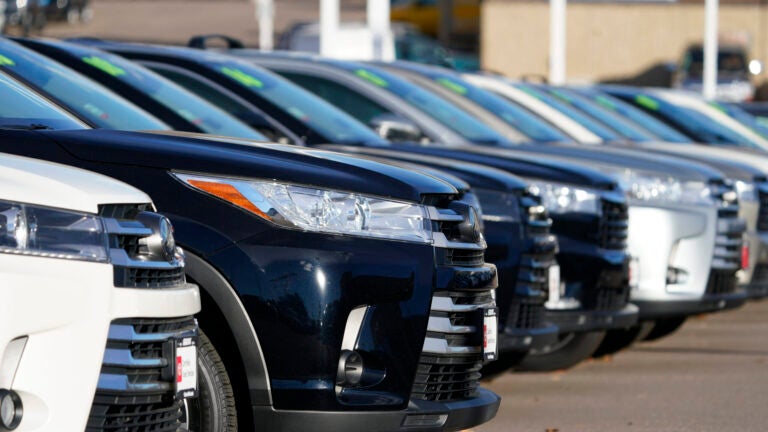