DETROIT — Ford Motor Co. is quietly shipping thousands of 2020 Ford Explorers and Lincoln Aviators by truck from its Chicago factory to its Flat Rock plant south of Detroit as workers desperately attempt to identify and fix a series of complicated problems in the much-awaited SUVs.

Dealers in different parts of the country confirm they’ve been notified of delays because of “manufacturing issues,” leading one dealership to say the team has had to “pacify” frustrated customers who have spent significant dollars on preorders. No one from corporate is providing details, said a Ford source outside Michigan, who asked that he not be identified because it would anger folks in Dearborn. “We usually learn stuff from the news media.”

Some of the vehicles already have been recalled, including from dealer lots.

The waiting continues for dealers around the United States.

“We’ve been experiencing this for some time,” said Jim Seavitt, president and owner of Village Ford in Dearborn. “We got 10 in last week and have 18 in all. We should have far more.”

Seavitt has discussed the delay with customers.

“The process has been a little slow this time. I know one thing, we’re happy they’re not giving them to us until they can make sure they can get things right,” he said. “They’re not telling us what they’re working on. But not having customers come back into the store to get repairs is very important to us. We want to make sure the quality is right before we get the vehicle.”

The Free Press has tracked the issue over two months, as the situation continues to alarm workers who say they can’t figure out how things can go so wrong.

“We routinely receive several thousand vehicles from Chicago at a time. The teams doing the fixing are working nonstop, 24/7,” said a person who is working with employees at the Ford plant in Michigan.

As fast as fixes are made, vehicles are shipped. Sales manager Louie Sparks at The Ford Store Morgan Hill in California said he had 30 SUVs. And sales associate Jeremy Harrison at Lebanon Ford in southwest Ohio said the dealership has about 20 Explorers in its inventory.

“We’re getting what we need,” Harrison said.

A source involved with Explorer repairs at the plant said problems include:

— Explorer chassis issues. X-rays are being used to try to diagnose problems.

— Explorer and Aviator air-conditioning systems that blow heat only.

— Aviator suspension issues. The new system has auto leveling, which drops the vehicle down slightly when it’s unlocked and approached. But they’re arriving with suspensions in failure mode.

Ford sources say they’re puzzled by even mundane situations, such as missing emblems and trim pieces and having the wrong wheels.

On Aug. 7, Ford recalled the two Chicago-built SUVs for missing a part that keeps them from rolling in park. On Aug. 30, Ford issued another recall for 10 vehicles, including the new Explorer and Aviator. That safety alert said, “A seat back with an improperly assembled recliner mechanism may have reduced strength and may not adequately restrain an occupant in a crash, increasing the risk of injury.”

Ford sources close to the situation confirm crews are working around the clock at Flat Rock now, and have been for two months.

Employees who say they’re concerned about public safety have provided the Free Press photos of the troubled vehicles, video of dashboard systems displaying repair alerts and a checklist provided to workers trying to resolve the problems.

“This is incredibly serious,” said a Ford source helping manage the problem. “There is no end in sight. Physical changes are being made at FRAP (Flat Rock Assembly Plant) in anticipation of additional parts being required moving forward into winter. Parts are currently being stored in temporary tents behind the plant.”

Ford employees note that Explorers and, to a lesser extent, Aviators, are arriving in Michigan by truck rather than by train. Trucking is more expensive.

Workers are being called to Flat Rock from plants in Kentucky, Dearborn, Wayne, Sterling Heights and elsewhere to do repairs, Ford sources in metro Detroit said.

“Roush is taking on more and more of the repair work,” a Ford source said, citing a metro Detroit engineering firm that works extensively with Ford. “Overtime is unlimited. It is not out of the question that the B shift (for Mustang production at Flat Rock) was eliminated in part or in total to make room for this repair. Each night, at the end of the day shift, the pre-delivery inspection areas are swept of all Mustangs and the Chicago vehicles are brought in to be fixed. Same goes for Friday through Sunday.”

A Ford source who provided video from the plant in July said, “Looking at our lot, you’d almost think we made those Explorers here as well.”

The Flat Rock plant is building Mustang and Lincoln Continental cars Monday through Thursday, with weekends devoted to processing Explorers and Aviators “for heavy repairs which cannot be done in the peripheral buildings,” Ford sources confirmed.

“We date the vehicles as we receive them, and right now they’re still processing some vehicles with the dates of Aug. 6, which means many of the vehicles have been here for a month now or more,” the Ford source at the plant said on Sept. 6.

“From what I’ve seen on what they call ‘money cars,’ or cars which are done, I would say they’re currently getting maybe 80 to 100 cars (per shift) finished. Still, with somewhere north of 12,000 cars needing repairs, doing the math, you can see this is a huge project and a huge expense for Ford.”

Workers write a dollar sign on the side windows when vehicles are cleared for release.

Ford employees say a “batch” of Explorers was taken to Manheim Detroit Auto Auction in recent weeks “as they were determined to either be unfixable or not worth the expense of fixing.”

Ford spokeswoman Kelli Felker confirmed a delivery to Manheim but said it was just one Explorer “damaged in transit, which is not unusual considering how many vehicles we ship.”

Mark Schirmer, a Manheim spokesman, declined to discuss whether Ford had delivered new vehicles or how many. “Manheim has confidentiality agreements with its clients and does not disclose specific activities at our facilities.”

Explorers have been stored at the intersection of Vreeland and Hall roads near FRAP, and Explorers there are waiting for parts and repairs, Ford sources said.

“The number of units requiring repair is quite high,” the Ford source at the plant said. “We started out potentially getting 3,000 to 4,000 bad units and then it went to 7,000 and 10,000. … The number is high enough that many of the units are being trucked out to Roush over in Allen Park so they can do some of the repairs.”

As a result of all this movement, Ford sources said, the SUVs are racking up mileage.

Most Mustangs and Continentals that come off the line have between four miles and 10 miles, having been shuttled between buildings and run briefly to verify engine and transmission function or get driven onto trains, Ford sources said.

“To see a vehicle with 15 miles is unheard of,” said a Ford source involved with production. “But I have personally seen on the odometer a few of the Explorers/Aviators with between 150-200 miles on them. Today I saw one near one of the buildings which had a sad face written on it with ‘high miles — 402.'”

Sources handling the issue, who feared job loss if identified publicly, said they are concerned the company has lost track of quality control and employees are genuinely worried that the company isn’t taking measures to fix chronic manufacturing problems.

In addition to managers expressing concern about scheduling and meeting dealer expectations, UAW members say these unexpected costs will cut into their profit-sharing checks.

Auto companies often have executives and employees drive new vehicles to identify glitches early so they can be fixed.

Ford sources who have driven the vehicles have reported alarming malfunctions, including transmissions “leaking so much that it looks like a crime scene.”

At the moment, Explorer buyers may enter their Vehicle Identification Number (VIN) into an online tracking system to see when their vehicle was ordered, when it was built and indication that no delivery date is scheduled.

Vehicles with VIN numbers in the 50,000s appear to be on some sort of quality hold, according to online research.

So stopping production could reduce revenue booked this quarter. For this reason, it’s more common for any automaker to fix vehicles after the assembly process has been completed.

The lucrative new SUVs, which are comparable in price to the valuable Ford F-Series franchise, is essential to the financial health of the company. Launches are important opportunities to boost revenue. Timing is crucial.

In addition to bringing workers from elsewhere to Flat Rock, managers have been offered expense-paid packages to relocate to Chicago in the short term.

Ford spokeswoman Felker indicated there’s no cause for alarm.

When asked how long Explorers and Aviators would be transported to FRAP for pre-delivery inspection for bugs, she said, “We will follow this process as long as it takes to ensure that the vehicles are built with the top quality our customers expect.”

When asked about the Explorers sharing the floor with Mustangs and Continentals, with a staging lot set up in Allen Park on Southfield Road for the SUVs, she responded, “Not sure what’s interesting about a staging lot — that’s simply part of the process. We will use it as long as it’s needed.”

Felker confirmed volunteers had been canvased to work 12-hour shifts, 7 days a week for a 90-day temporary assignment.

When asked about management at the Chicago Assembly Plant, and the departure of its plant manager in conjunction with the arrival of David Farley from the Kentucky Truck Plant, Felker confirmed movement and said Thursday it’s all part of standard protocol.

“We made a number of changes in the past month that were triggered by a retirement. This is normal course of business and is how we develop our people,” she said.

Felker emphasized there is “absolutely no connection” between the Explorer repair issue and management changes. “We made a number of moves in manufacturing as a result of a retirement.” 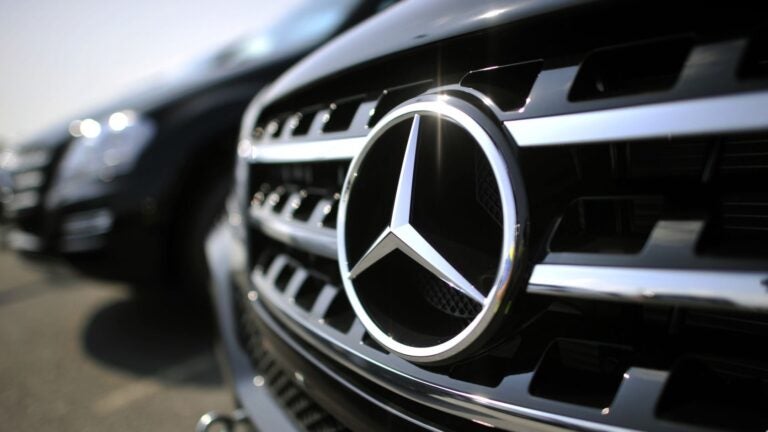 Is low-octane fuel to blame for my car's problems?