Volvo Cars one-upped larger rivals like General Motors Co. and added momentum to the movement toward electric vehicles Tuesday by saying it would convert its entire lineup to battery power by 2030, no longer selling cars with internal combustion engines.

The declaration by the Swedish carmaker is the latest attempt by a traditional auto company to break with its fossil fuels past. It is also one of the most ambitious proposals and ratchets up the pressure on others to follow suit.

The auto industry has been moving toward electrification for years, but the shift has taken on new urgency in recent months. President Joe Biden’s election, along with his commitment to fight climate change, has raised expectations that the United States will offer the kind of incentives that helped make electric cars the fastest-growing segment of the European market last year.

Where once automakers bragged about horsepower and acceleration, now they are competing to be the greenest. GM said in January that it would go all-electric by 2035. Ford said last month it would sell only battery-powered cars in Europe starting in 2030, and the maker of Jaguar luxury cars made a similar promise.

Gasoline- and diesel-powered cars still account for the vast majority of sales, but in Europe sales of cars powered solely by batteries more than doubled last year, to about 730,000 vehicles, according to Schmidt Automotive Research. Sales of conventional autos slumped.

“If you want to be in the game you have to transform fast,” said Håkan Samuelsson, CEO of Volvo. “Otherwise you get stuck in a shrinking segment.”

BMW, Audi and Mercedes-Benz, German carmakers that target the same affluent buyers as Volvo, have not yet set expiration dates for internal combustion models. They may be fearful of unsettling buyers of gasoline vehicles.

But they are no longer investing heavily in internal combustion engines and are rushing to produce vehicles that can compete with Tesla’s electric models. Later this year, Volkswagen will begin selling its ID.4 electric SUV in the United States for about $40,000, before subtracting a federal tax credit of up to $7,500.

“They are all thinking pure electric,” said Ferdinand Dudenhöffer, a longtime industry analyst. “The only thing they are not doing is announcing a date.”

Volvo, owned by Geely Holding of China, has been ahead of larger rivals in converting to electric power. All the models it sells in Europe are either hybrids or run solely on batteries. But some of the Volvos are so-called mild hybrids, which have an electric motor that assists the gasoline engine but are not capable of running solely on battery power. Hybrids have better fuel economy than conventional vehicles, but they may not be much better for the climate or for urban air quality if drivers do not use the electric capabilities.

By 2030, Volvo will “phase out any car in its global portfolio with an internal combustion engine, including hybrids,” the company said in a statement Tuesday.

The electrification strategy reflects Volvo’s ties to China. Geely Holding is the largest shareholder in Geely Auto, which said last week it would cooperate more closely with Volvo on electric vehicle technology. That will help spread the costs of the technology and help Geely Auto catch up with Chinese rivals like Nio.

In another break from the practice of traditional carmakers, Volvo’s electric models will be sold exclusively online. Dealers will still offer test drives and deliver vehicles, Samuelsson said, but ordering will be done on the internet and prices will be fixed. In other words, no more haggling.

Volvo acknowledged that its push toward battery-powered cars was a response, in part, to pressure from governments, many of which have announced bans on internal combustion engines in coming years. In Europe many municipalities are planning to ban gasoline and diesel vehicles from city centers because of concerns about air quality.

The decision was based “on the expectation that legislation as well as a rapid expansion of accessible high quality charging infrastructure will accelerate consumer acceptance of fully electric cars,” Volvo said.

The decision to go all-electric is still a leap of faith for Volvo, which has only one battery-powered car on the market now, a version of its XC40 SUV. On Tuesday, Volvo unveiled a second model, the C40 crossover, which the company said is its first vehicle designed from the ground up to run on batteries. (Volvo also owns Polestar, which produces electric cars at a Geely Auto factory in China.)

The C40 will be able to travel 210 miles on a charge, Volvo said, a somewhat shorter range than the Tesla Model 3.

Samuelsson said the company had more electric models in development.

“We will have the cars,” he said. “It’s more a challenge; will our customers follow us in this transition? I would say yes. Electrification is coming faster and faster.”

Many elements of electric vehicle technology are still in flux. Battery science is evolving quickly, and it is unclear what combination of materials will prevail. Electric vehicles are not profitable for most carmakers, largely because of the high cost of batteries. Charging stations are still few and far between in many parts of the world.

“There are some leaps of faith and some bets that need to be made for this road to be viable,” Henrik Green, chief technology officer of Volvo, said in an interview Tuesday.

But he noted that internal combustion engines are not very profitable either, because many car factories are operating far below potential.

“The combustion road is much less viable to bet on for the next 10 years,” Green said. 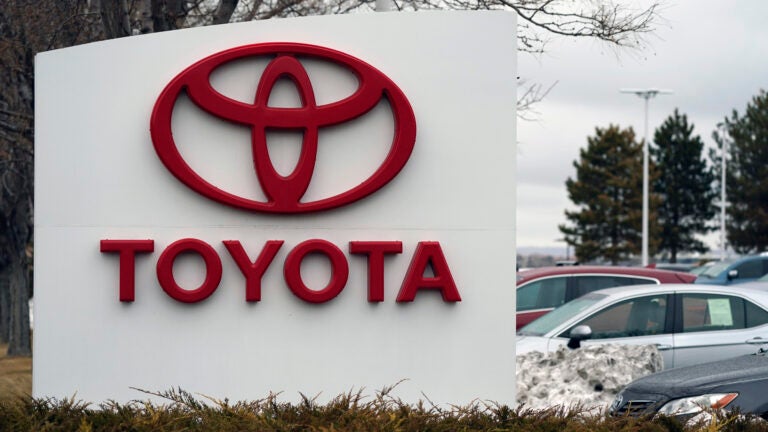