Vehicle inspections will not be available in Massachusetts at least through Tuesday, the Registry of Motor Vehicles said, as the company behind the state’s inspection system recovers from a malware attack last week.

The firm, Applus Technologies, took its system offline Tuesday in Massachusetts and several other states. On Sunday, the RMV issued a statement on Twitter calling on the company to provide a timeframe for when the software will be back online.

“The RMV continues to urge its vendor, Applus Technologies, to provide a timeline to resolution and confirmation of the extent of this nationwide system outage impacting citizens in need of a vehicle inspection, and the small businesses who run inspection stations in MA,” the statement said.

Inspections tend to peak in the first and last few days of the month. Since the inspection system went offline last week, officials estimate there are between 40,000 and 50,000 vehicles on the road that still have a March inspection sticker. The RMV said it has asked law enforcement to show discretion to drivers with expired stickers.

Applus signed a $29 million contract with the state in 2016. The company’s program faced a number of issues after its rollout, which drew outcry from inspection station workers who said they lost business while dealing with technical problems with the new equipment. 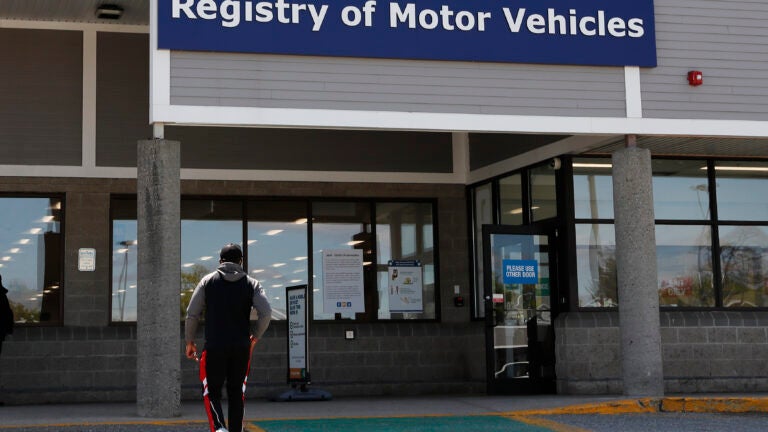