Acura’s top-selling car, the compact TLX, has been restyled for 2018 and is now even more of a bargain as an entry-level luxury sedan.

The starting manufacturer’s suggested retail price, including destination charge, for a five-passenger, 2018 TLX is $33,950, which undercuts the base Audi A4, Mercedes-Benz C300 and Alfa Romeo Giulia sedans.

The 2018 TLX is also the first entry luxury sedan to include a comprehensive standard package of safety and collision mitigation features such as lane-keeping assist, automatic braking to mitigate rear-end collisions and smart-follow cruise control that lets a driver select a desired speed and maintain a pre-set space from the vehicle ahead.

Several of these features were optional on all but the top TLX cars for 2017.

The National Highway Traffic Safety Administration reports that the 2018 TLX, which already is arriving at dealerships, earned a full five stars for occupant protection in federal government frontal and side crash tests.

Every 2018 TLX has new front styling that removes the prominent “shield” or “beak” grille and replaces it with a more modern and upscale visage. The hood and fenders are new, too.

The TLX comes standard with a lot of luxury equipment, including a moonroof, leather-look or leather-covered seats with front seats heated, premium audio with seven speakers, power-adjustable front seats and a 7-inch dashboard display screen that is faster and more intuitive to use than the previous one.

Android Auto and Apple CarPlay compatibility also is now standard and the rearview camera, as before, includes moving guidelines to show the driver where the car is headed as it backs up.

The car’s 34.5 inches of back-seat legroom is adequate but not expansive. Its rear seatbacks fold down separately to provide more room for cargo through the 14.3 cubic-foot trunk.

Acura’s top 2018 TLX is the A-Spec, which has a suspension tuned for performance, wider and grippier tires, and a more aggressive look than the other TLX models.

Offered in front- and all-wheel drive with a starting MSRP, including destination charge, of $43,750, the A-Spec has a black grille and dark gray 19-inch wheels.

The ride is firmer than in other TLX models, and the A-Spec provides noticeably less body roll and quick steering response. The test-driven TLX A-Spec with all-wheel drive felt more like a well-controlled, imported European entry luxury car than an Acura.

Driver and front passenger knew they were in for a special ride when they slipped over the sizable seat bolsters and onto a strip of Alcantara material in the middle of the seats.

Strapped in and cradled in place, they enjoyed a spirited ride.

Thanks to revised electric power steering, just a slight move of the beefy steering adjusted the test-driven TLX’s direction. The suspension, with firmer dampers and a bigger anti-roll bar at the rear, kept the car’s body tightly in check, and its tires, with stiffer sidewalls, yielded little. The A-Spec also managed to keep passengers from being jarred by potholes.

The TLX retains its 206-horsepower, 2.4-liter, double overhead cam, direction injection four-cylinder as its base engine. This is more horsepower than available in the base four cylinders of the A4, and the TLX mates this powerplant to a nifty, eight-speed, dual-clutch transmission that has one more forward gear than the base A4.

The A-Spec, however, uses the TLX’s higher-end 290-horsepower, 3.5-liter, single overhead cam, direct injection V-6, which generates 267 foot-pounds of torque at 4,500 rpm. It works with an adaptable and often smooth-shifting nine-speed automatic.

The engine sounded strong as it forcefully propelled the compact test-driven TLX. In congested traffic, the engine easily managed a more leisurely pace with the driver only needing a steady, light touch on the accelerator.

Fuel economy averaged close to the federal government’s 23 mpg, for a good travel range of more than 375 miles on a single 17.2-gallon tank. 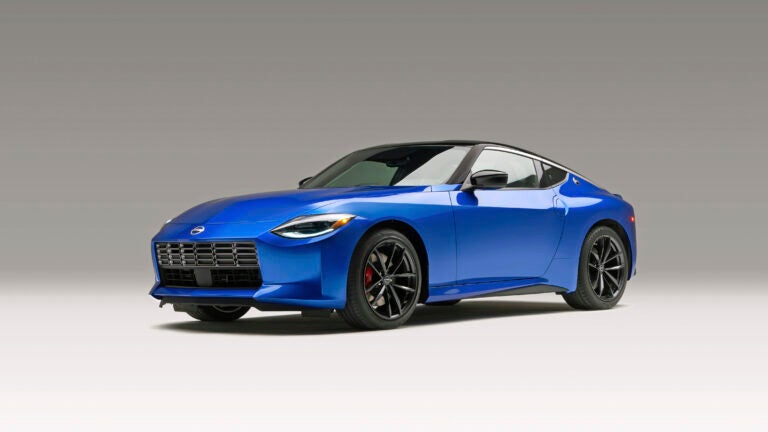