Dating back to 1978, the Jetta has been a distinct car within the segment, but that means living up to its affordable-yet-upscale persona. To do that, Volkswagen has to deliver something fun and unique every year, which is easier said than done.

The second and third-generation Jettas were sales successes in the United States. The Jetta was an alternative choice with better quality than its American counterparts and more spirit than its competition from Japan. It became the successful European nameplate in the U.S.

But Volkswagen wanted more, and in 2009 the automaker targeted sales of 800,000 units in North America, largely on the back of the Jetta. It became less expensive to produce and was slightly more affordable, but it lost the one thing that set it apart in the small sedan segment: the premium feel.

Enter the all-new 2019 Jetta. The seventh-generation of the car is longer and includes a longer wheelbase. It has a broad front-end design that takes inspiration from the forthcoming VW Arteon premium sedan. It is clearly channeling an upscale aesthetic, but the front grille design could have been restrained by about 10 percent.

Inside is where the real improvements are felt. The new Jetta has a sharp new cabin design and the fit-and-finish is greatly improved. It now feels like a sedan version of the Golf, its hatchback sibling.

Seating is comfortable, even for long trips, and there are plenty of trays and cubbies for items, gear, and water bottles. The 14.1 cubic feet of trunk space is average for sedans.

The Jetta comes standard with a 6.5-inch infotainment screen, which has easy-to-use controls and provides standard Apple CarPlay and Android Auto. Available features include a larger eight-inch glass-covered touchscreen, Beats premium stereo system, panoramic sunroof, heated and cooled seats, remote start, and an attractive ambient lighting with 10 colors. The Jetta is also available with the innovative Digital Cockpit, swapping out the conventional cockpit for a 10.25-inch customizable digital screen. 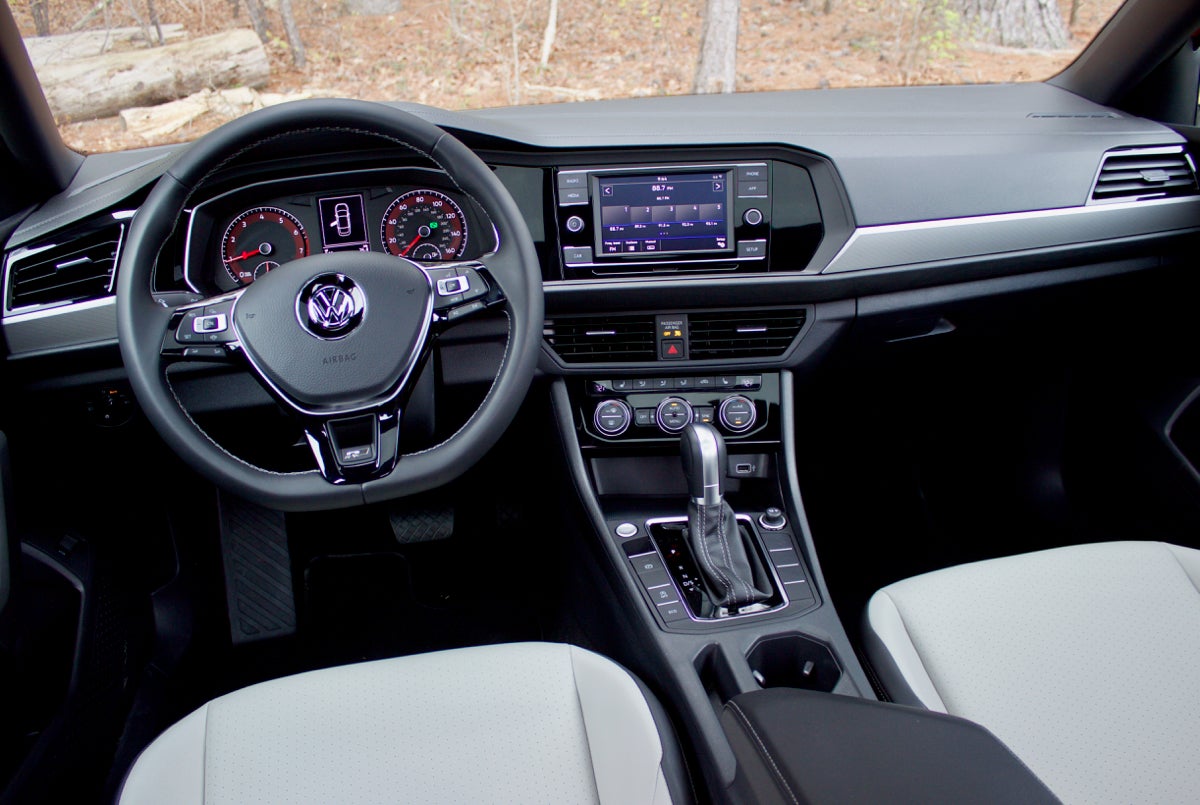 The real improvements to the Jetta are felt in the cabin.

Under the hood, Volkswagen carries over the 1.4-liter turbocharged engine from last year. For 2019, it makes just 147 horsepower and a respectable 184 pound-feet of torque. It was a little disappointing to see horsepower actually drop from 150 in 2018, but VW provides new transmission options, including a six-speed manual and eight-speed automatic, that replace the five-speed manual and six-speed automatic, respectively.

As with the previous version of this engine, the 1.4T reveals its limits when trying to get up to highway speeds or attempting to overtake a vehicle while on the highway. That said, the Jetta has a fantastic blend of a soft-yet-refined, dialed-in ride. It almost glides along, but it also has direct response to steering inputs — a unique and pleasant combination for sure. In moments of energetic driving, the Jetta can even be tossed through turns. It corners well, carving up the back roads during our day with the vehicle.

The Jetta is very maneuverable in everyday driving, and thanks to the third window, it has very good rearward visibility. Standard safety features include a backup camera and post-collision braking. It is also available with forward-collision warning and avoidance, lane-departure warning, and adaptive cruise control.

The new Jetta didn’t return fully to its niche, alternative persona — it did something even better. It managed to artfully split the difference, delivering the refined ride and upscale interior that sets VW apart while providing the creature comforts at a price that makes it a value. 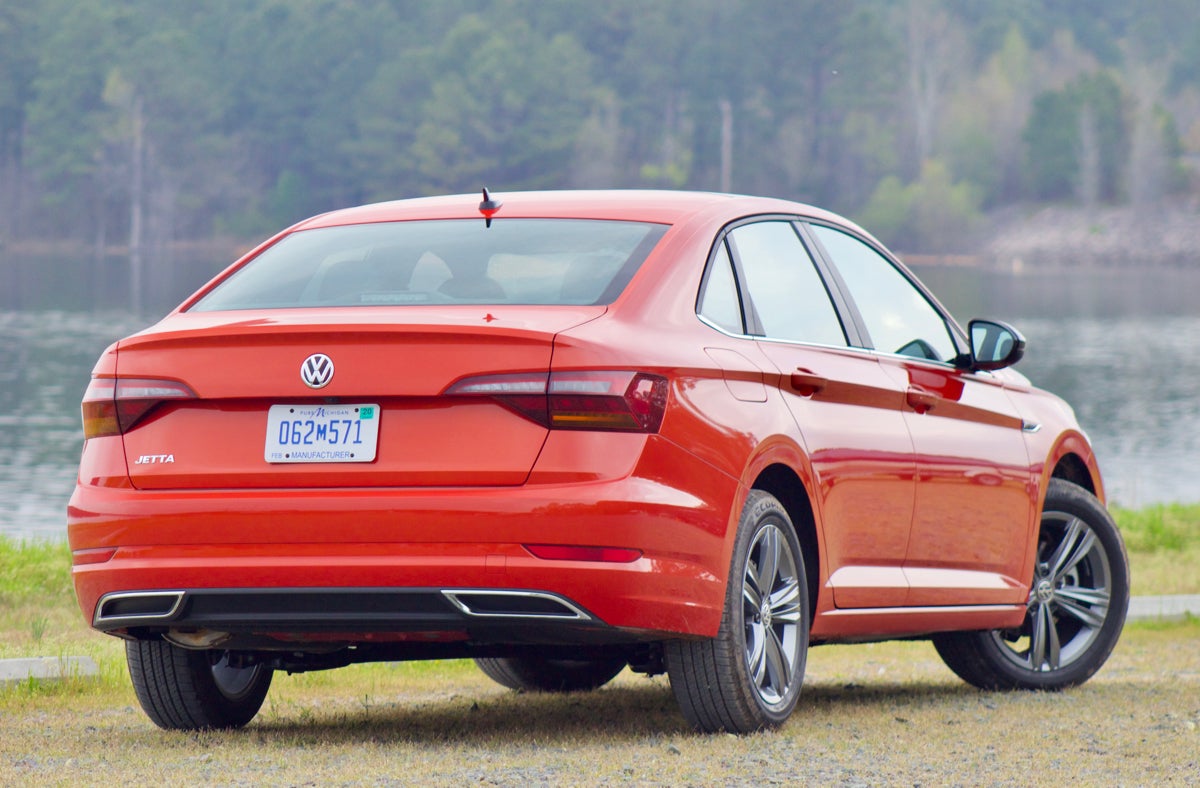 The new-look Jetta has a more upscale presence.