Suppose you’ve been kicked out of your apartment because you can’t pay the rent.

It’s not unlikely given the federal minimum wage is a mere $7.25 an hour. That’s $15,080 annually, or 91 percent less than a congressman’s $174,000 salary. Although at $84 an hour, members of Congress earn far less than most bloodless, uncaring, multi-millionaire, robber baron CEOs.

Still, should this happen, you’d want to own the redesigned, fifth-generation 2019 Subaru Forester crossover; its roof is engineered to hold 700 pounds when parked. Knowing that you can pitch a tent on top of your car means you’ll never be homeless.

Such engineering isn’t unusual for Subaru. It’s why all Subarus had all-wheel drive long before it was common. Knowing that you can overcome the worst effects of the polar vortex with ease gives you the sense that Subaru cares. Better yet should you ever awaken to a massive blizzard, you could arrive to work before your boss — and how impressive is that?

You can even amaze your in-laws despite your job’s lousy pay. They’ll be impressed that you’re mature enough to buy a Forester with such premium options as heated rear seats; power liftgate; heated steering wheel; rear seat air-conditioning vents; rear USB ports; Wi-Fi hotspot; an All-Weather Package with heated front seats, heated exterior mirrors and windshield de-icer; dual automatic climate control; automatic high beams; steering responsive headlights; remote vehicle start; and Subaru’s new driver fatigue system. Like the system introduced by Mercedes-Benz, the vehicle alerts you if it feels you’re getting too tired. It’s like driving with your mother in the car, except your mother probably doesn’t drink motor oil.

Unfortunately for you, there’s enough room for your in-laws to ride along as they berate your pitiful career. Thanks to a 1.1-inch longer wheelbase, there’s an additional 1.4 inches of rear seat legroom and a five-inch wider rear door opening, it’s easier for them to come along for the ride. Seats are well bolstered and firm, with good head and legroom. The driver enjoys a fairly unobstructed view in all directions. Cargo space is a generous 33 cubic feet, and the 51.2-inch tailgate opening is wide enough to fit a 1969 Subaru 360. 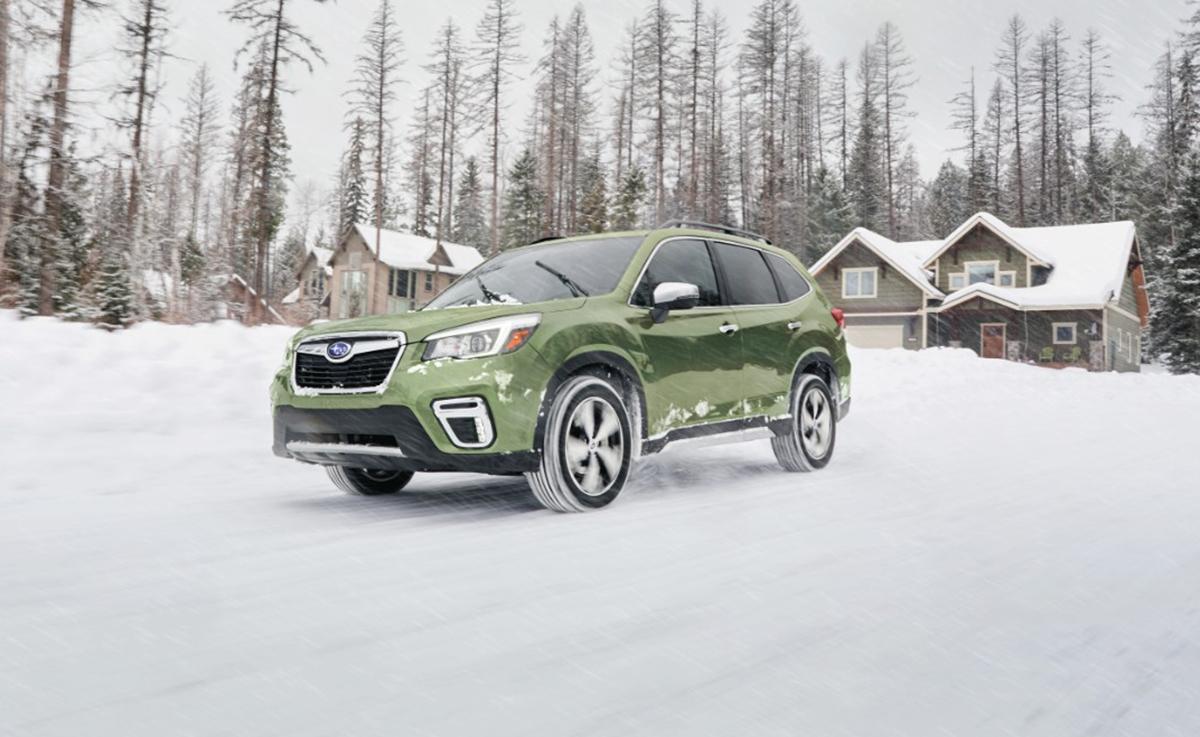 Of course, you might want to get to your destination quicker, so you don’t have to deal with them. Unfortunately, last year’s manual transmission and 250-horsepower turbocharged engine is no longer offered. Instead, Foresters get a new version of the 2.5-liter horizontally opposed four-cylinder engine with direct injection and automatic stop/start. Generating 182 horsepower through a continuously variable transmission, it can tow up to 1,500 pounds. This means you’ll be headed nowhere fast, but there will be forward momentum. Thankfully, the driver-selectable Subaru Intelligent Drive, or SI-DRIVE, changes the car’s throttle response from efficient “Intelligent” mode to a more aggressive “Sport” mode. Forester Sport models have a more aggressive “Sport Sharp” mode, along with more aggressive gearing and a transmission that imitates a seven-speed manual transmission through steering wheel mounted paddle-shifters.

Once you drop off your in-laws at bingo, you’ll find the cabin is impressively quiet, and not just because they’re gone. However, there will be noise when you floor the throttle, which will be often. Power is acceptable thanks to the attentive CVT that makes the most of what’s available. As is typical of CVTs, there’s some mild rubber banding in the driveline, but it’s not objectionable. Notably, shifting to L makes the engine more responsive, but it runs 1,500-2,000 rpm higher, which hurts fuel economy. Also, there’s a lot of initial throttle travel where noticeably more spry, especially when the CVT is in seven-speed manual mode.

Clearly the Forester is in no hurry. Then again, neither are most Subaru owners, who treasure their safety and well-being. This is why Automatic Pre-Collision Braking, Adaptive Cruise Control, Lane Departure and Sway Warning, Lane Keep Assist, Pre-Collision Throttle Management, and Lead Vehicle Start Alert are standard. Reverse Automatic Braking, Blind Spot Detection, Lane Change Assist, and Rear Cross Traffic Alert are optional.

The Forester can be engaging and agile to drive, although the ride is jittery over broken pavement. Body lean is not excessive, making it more adept once the sidewalk ends. But its firm on-road ride becomes punishing off-road, with a surprising lack of bump absorption.

Still, the 2019 Subaru Forester’s newfound alternative as a campground beats couch surfing or living in your parent’s spare bedroom. It’s something else that Subaru’s competitors can’t match. And once you get a better job another job and another Subaru, you can rent it out as a car condo.

That should impress the in-laws. 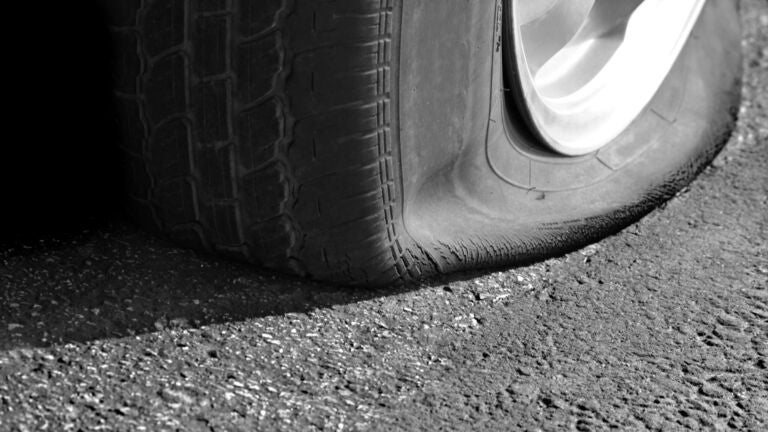 How far can you drive on a temporary spare after getting a flat tire?