Take one Honda Pilot, subtract the third-row seat, shave about a foot off the length, add some extra ride height and ground clearance, make some minor styling modifications, and you’ll understand what you’re getting in the new 2019 Honda Passport.

Originally applied to a rebadged Isuzu Rodeo in the 1990s, the Passport nameplate is now applied to a modified Pilot. This is a good name for a vehicle, suggesting a passport to adventure. It deserves better.

Not that there’s anything wrong with the Honda Pilot or the platform on which it is based. Certainly, the Passport benefits from robust safety engineering, a strong and satisfying V6 engine, an available torque-vectoring all-wheel-drive system, and a cavernous interior compared to some other vehicles in the midsize, five-passenger SUV segment.

The new Honda Passport comes in Sport, EX-L, Touring, and Elite trim. Wheel designs are exclusive to each, but they’re all 20 inches in diameter. Commonalities include a scratch-resistant matte-black grille, blacked out headlights, aggressive-looking wheel arches, and a tailgate that Honda says emphasizes the SUV’s width.

Plenty of room for people and their stuff 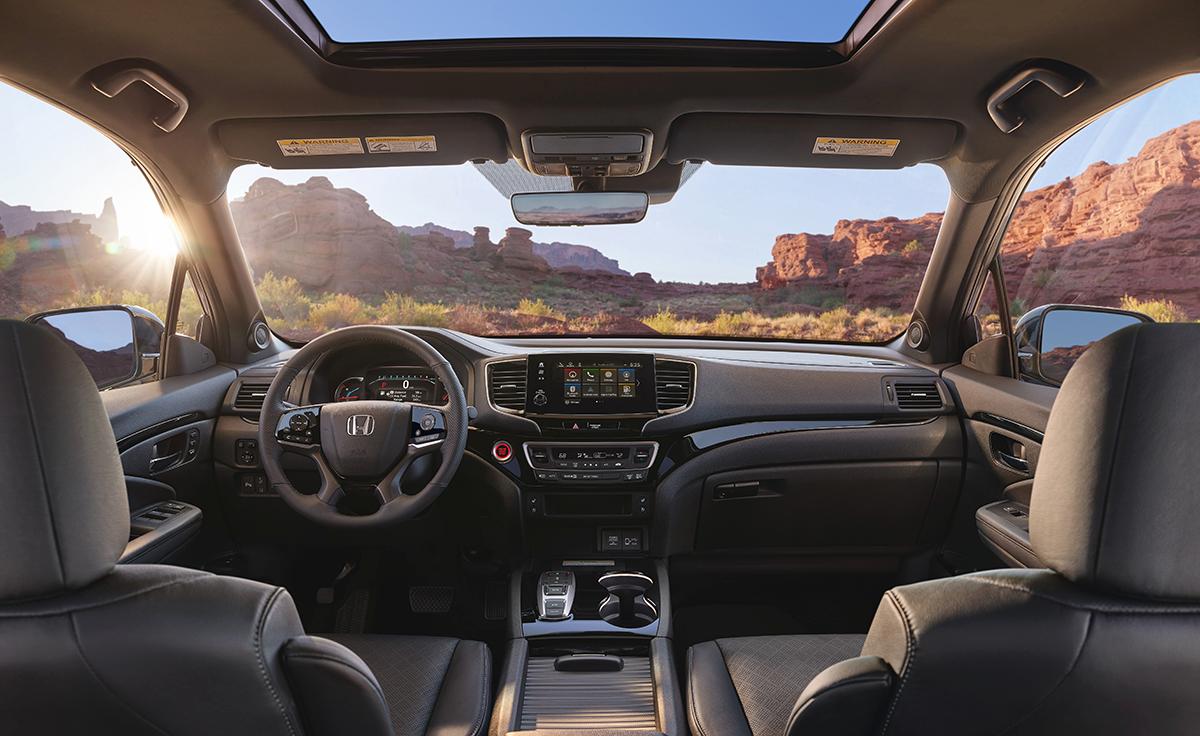 Inside, the Passport is just like the Pilot, right down to the huge center console storage bin between the front seats. Passenger and cargo room is generous.

If you’ve ever been inside of a Honda Pilot, you won’t be surprised to learn that the company says the Passport supplies best-in-class interior space with lots of storage area and cargo room.

Five people easily fit inside of the Passport, sitting on cloth upholstery with Sport trim and perforated leather in EX-L, Touring, and Elite trims. Triple-zone climate control is standard, helping to ensure comfort for everyone.

An available hands-free power tailgate opens to reveal 41.2 cubic feet of space behind the rear seat, and what Honda claims is the largest underfloor storage area of any vehicle in the segment (2.5 cubic feet). Maximum cargo volume measures 77.9 cubic feet, and you can fold the rear seats down from the cargo area.

On the technology front, the Passport Sport is equipped with a six-speaker audio system and a Bluetooth-enabled radio with a five-inch display. Upgrade to EX-L trim and the Passport comes with an infotainment system that has an eight-inch touchscreen display, Apple CarPlay, and Android Auto. It also has a physical volume knob, which I assume is missing from the Sport.

Blind spot monitoring and rear cross-traffic alert are standard for all Passports except the Sport, while Touring and Elite trims include front and rear parking sensors.

Plenty of power and performance, too 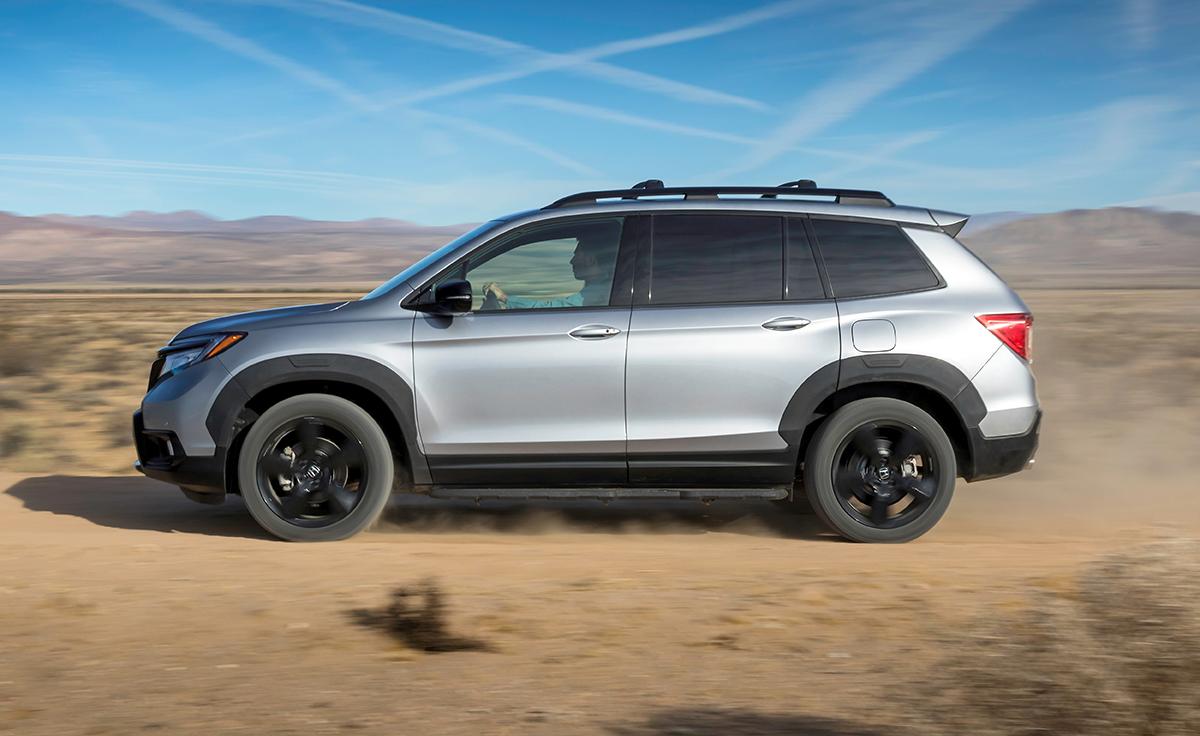 A 280-horsepower V6 engine is standard in the Passport, with a torque-vectoring all-wheel-drive system an option.

One of the best things about the Passport, its 3.5-liter V6 engine makes 280 horsepower and 262 pound-feet of torque. This is a refined and robust engine, delivering satisfying acceleration in the Pilot. Better yet, for 2019, the nine-speed automatic transmission that’s paired to it no longer irritates a driver with helter-skelter shifting.

Available as an option on all but the Passport Elite, on which it is standard, a torque-vectoring all-wheel-drive system can send up to 70 percent of the engine’s power to a single rear wheel.

Honda says the Passport “can tackle the kind of tough terrain normally reserved for less refined body-on-frame and off-road-focused SUVs.” To that end, compared to the Pilot on which it is based, Honda improves the Passport’s ground clearance by half an inch for front-drive versions (to 7.8 inches), and by 1.1 inches for AWD versions (to 8.4 inches). Additionally, an intelligent traction management system equips the SUV with Snow, Sand, and Mud driving modes.

As is true of the Pilot, the new Passport tows up to 5,000 pounds. That plenty of capacity for lugging a trailer full of Honda powersports toys, such as the new 2019 Talon side-by-side. Honda also plans to offer lots of dealer-installed accessories for the Passport, both to improve the SUV’s utility and to allow owners to personalize the vehicle. 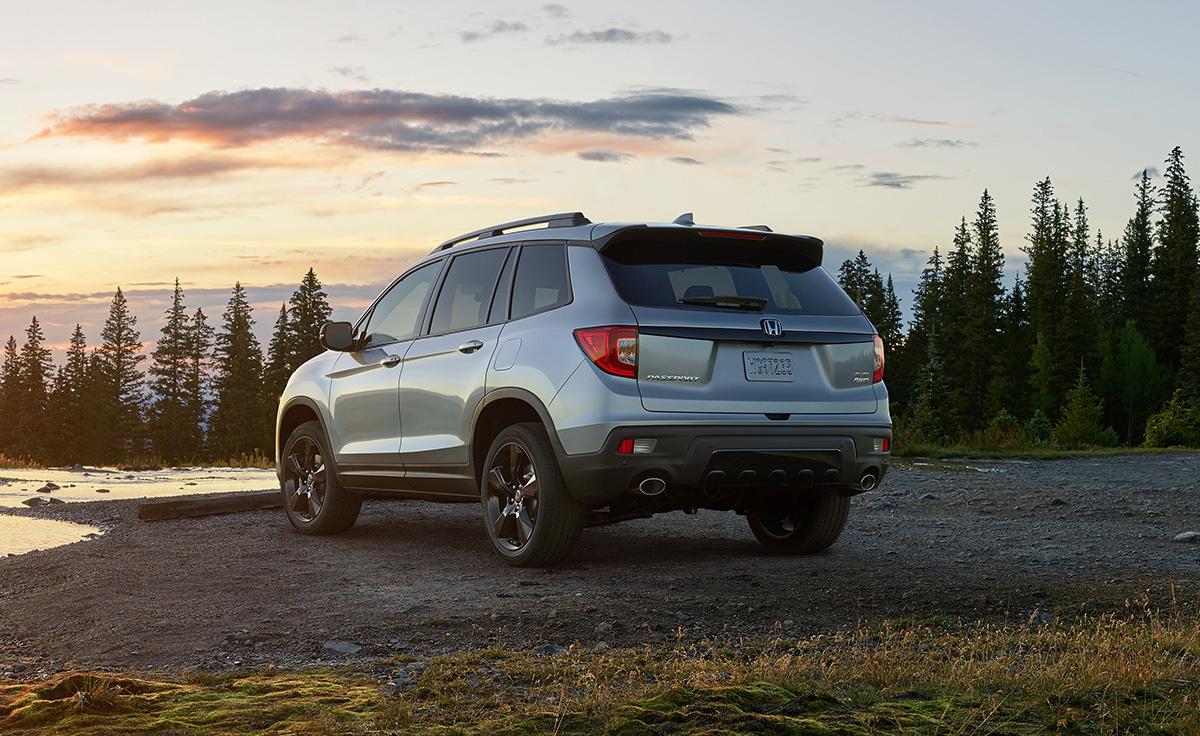 Honda will build the 2019 Passport in its Lincoln, Alabama assembly plant.

The original Honda Passport was a rugged, five-passenger SUV with true off-roading capability, a rebadged Isuzu Rodeo created at a time when the automaker wasn’t convinced that growing consumer demand for SUVs would last.

The new Honda Passport is a rugged, five-passenger SUV with atypical off-roading capability for its segment, a reworked Honda Pilot created at a time when the automaker is absolutely convinced that consumer demand for SUVs is apparently insatiable.

And this time around, the Passport is built in Alabama. 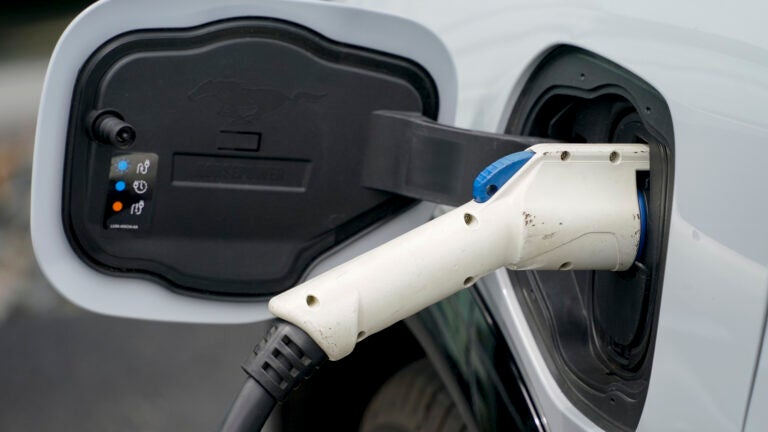 What happens if my electric vehicle runs out of power on the road?