Marketer’s pitch: “Take in the view.”

Reality: A step up in many ways, but some caveats.

What’s new: Everything. The Ascent offers three rows of Subaru for the growing American family needing to spread out.

Up to speed: The Ascent really offers some oomph, and 0-60 happens in 7.3 seconds, according to Motor Trend. The 2.4-liter turbo creates 260 horsepower but feels like more. And the horizontally opposed engine setup sounds cool doing it.

Shifty-ish: Though the Ascent uses a gearless CVT to transfer engine power to the wheels, Subaru offers a manual mode with seven steps for drivers to enjoy. The paddle shifters the only way to shift work fairly well.  Automatic mode works fine.

On the road: For so long, Subarus have gone down in my notes as having competent, if not fun, handing. Perhaps the people at Subaru weren’t happy with this, but they should have been. The Ascent is fine on the highways, but take a country lane with a few hilly curves and it becomes more challenging to stay in lane.

Much to be alarmed about: The jagged handling is bad enough, but the Ascent comes with a lane-departure warning that chimed whenever I would drift a bit while traveling above 40 miles per hour. Try as I might, I never did figure out how to shut it off. (I later learned there’s a button near the rearview mirror.) This is a pain in construction zones, when easing left or right to avoid an obstacle, or whenever the sensor feels like being an obnoxious nanny.

The EyeSight program does offer some nifty features, though, including lights that tell you when you’ve drifted to one side or another, or to slow down, or when the cruise is spotting a car ahead.

On the downside, cruise control won’t work when there’s no radar, for instance because of gummed-up sensors. Bummer.

And little things like landscape plants activate the sensors. Reverse Automatic Braking slammed the brakes on so hard in my driveway that even my wife was startled. (And, of course, I got that look. “Oh, sure, blame the car.”)

Friends and stuff: Subaru is pretty unaccustomed to three rows, but it has scored one big success: Legroom in the compact three-row Ascent is actually fairly generous. At 5 feet 10 inches, I can sit comfortably in all three rows, at least leg-wise. And there’s even room for eight, depending on the configuration.

Headroom in the third row, though, is among the worst I’ve tested, as my head presses flat against the ceiling without trying. And that third row is really close to the rear hatch glass.

And standard cloth seats make cleanup pretty challenging, not what you’d expect from a Subaru.

In back, 17.8 cubic feet is available for luggage and 86.5 behind the first row.

Play some tunes: For so long, my stereo reviews have been pretty positive, to the point where I worried I was starting to lose my touch or my hearing.

Unfortunately for the Ascent, this old kid is still alright. The sound from this stereo unit is acceptable when I’m listening to any old song, but I want my favorites to be played just so. Maybe it works great for the rap set, but those of us still stuck on jangly guitars are still paying the bills.

And changing the controls? Oy. Bass, treble, and midrange controls involve touchscreen sliders, so Ascent drivers better really appreciate the sound while the vehicle is in motion. Changing them on the highway can be hazardous to your health. Fortunately, dials control volume and tuning.

Information, please: Standard trip computers are among the most useful inventions to come along in the past 10 years or so. But Subaru plunks down its old LCD trip computer at the top of this all-new SUV’s dashboard.

What’s worse, the miles remaining figure changes only in 10-mile increments, and these are ludicrously unrealistic. I filled the Ascent tank, had 310 miles remaining, then had 320 miles a mile later, then dropped to 260 miles after a 25-mile drive. And I was driving as I’d driven the previous 250 miles, so it wasn’t due to unfamiliarity with my typical consumption. On another occasion, I started with 190 miles, and dropped to 80 miles after an 80-mile round trip.

Fuel economy: I averaged about 21 miles per gallon in the usual round of testing.

How it’s built: Consumer Reports predicts its reliability to be a four out of five. 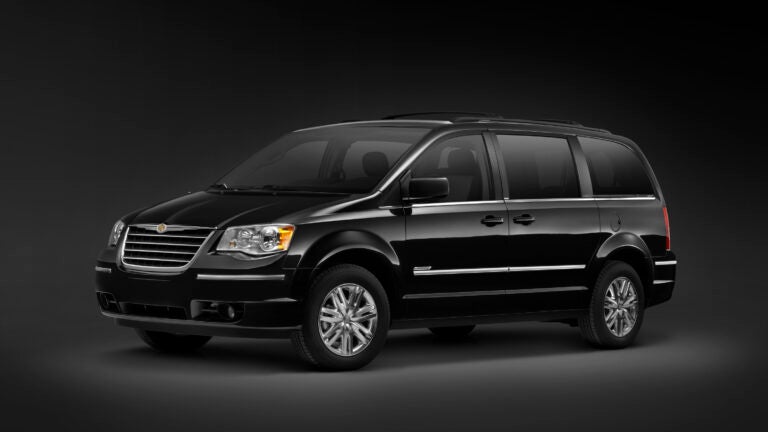 Why is my minivan stalling out?