Mommies and daddies are buying the popular, easy-to-park trucks as kid-friendly options for carpool, sporting activities and vacation season. Whether for parents, aunts and uncles or grandparents, Ford Motor Co. sees its Ranger expanding into a new role as a family truck.

“People are asking how many car seats can fit into the back of pickups now,” said Chad Callander, Ford spokesman.

Perhaps this is why the company is spotlighting a new back-seat feature in its 2019 Ford Ranger that includes a special notification system on the dashboard that lets the driver see how many back-seat passengers are buckled up, when they’re unbuckled and specifically in which seat.

“I was pulling into the parking lot at Lowe’s and all of a sudden got an alert on the dash. It happened to be my 7-year-old son Dylan unbuckling his seat belt. I had to tell him, ‘We’re still moving. Put it back on,” said Kevin Koshkarian, 46, of Milford, a father of three. “You don’t know if your kids are messing around unless you hear that click from the seat belt.”

The safety feature is precisely what Beth Kanous, 37, of Southfield wants for her 5-year-old daughter, Alice. After the family of three and their dog Sasha walked away injury-free from an accident on an ice-covered I-96 near Milford in February, Kanous carefully evaluated their options. Safety matters.They loved their 2011 Jeep Liberty, which was totaled. They replaced it with a 2012 Liberty.

When they looked at their 2014 Subaru Impreza, they decided to trade the economical four-wheel-drive compact car for a vehicle better suited for family activities with and without kids.

“My husband was taking my car when he would go hunting. More than once he had a dead deer in the back of my Jeep, which is disgusting,” Kanous said. “He goes fly fishing, so there would be fish guts and waders and muddy wet gross things in the back of either of our cars. So a truck really had to happen.”

Their lightning blue Ranger with the off-road package arrived Feb. 17. The little family recently took a camping trip to Algonac State Park in preparation for a big upcoming hiking-canoeing-camping adventure with six adults and three children near the Canadian border.

“We’re putting the Ranger through its paces,” Kanous said. “My daughter’s car seat fits, no problem. As much as I’m not looking forward to another Michigan winter, I can say I’m pretty excited to take the Ranger next time we go skiing.”

No question, this reflects a consumer trend, said Karl Brauer, executive publisher of Kelley Blue Book, “Over the last 40 years, trucks have evolved from pure work or utility vehicles to dual-purpose cargo and family haulers.”

He added, “The full-size truck segment took this path first, but now midsize trucks are being drafted into family duty, and manufacturers have to support this shift to stay competitive. When looking at the dimensions of today’s midsize trucks, along with the popularity of crew cab versions, it makes sense to see them moving families around as commonly as they haul cargo or tow trailers.”

Matt Demmer, 38, whose grandfather started the family Ford dealership in 1957, is located across from the plant that builds the vehicles in Wayne. He sees steady sales of the Ranger for about $38,000, though prices can be more or less depending on perks.

“A big vehicle isn’t for everyone,” Demmer said. “Oh, we get a lot of retirees buying the Ranger, too.They want to go to Home Depot and throw stuff in the back. Then they can pick up the grandkids and run them to soccer, baseball or dance.”

Designed by the son of a cop

Behind the scenes, Paul Kula is the guy who developed this new highly detailed back-seat technology for Ford. It involves software, hardware, vehicle design and relentless safety testing. His two kids are grown now.

“I have been working on this for approximately four to five years,” he said. “We have had customer feedback with regards to understanding who is buckled up. Children like to play with things, and they realize how to unbuckle their seat belts quite early.”

At 56, Kula has spent a career designing and developing sensing systems and air bag technology and seat belt restraints. All this started one day when he was sitting at home in northwest Detroit watching TV with his father, a Detroit cop, and an IBM commercial about supercomputers came on.

“I was 12 and I asked my father, ‘What do you have to do to do that?’ That commercial drove me to want to be an electrical engineer,” Kula said. “And because of where I was living, it morphed into working in the auto industry.”

Ranger’s Belt Monitor is the first rear seat belt reminder system to be introduced in the Ford truck lineup.The technology was first introduced on the 2018 Ford Expedition and Lincoln Navigator and will be phased-in across the entire North American lineup over the next few years.

The 2020 Jeep Gladiator also has the back-seat notification system, according to the owners’ manual. Company officials declined to comment on the system.

Ford has sold 22,900 Ford Rangers this year, according to Kelley Blue Book. And sales have more than tripled since the start of the year. The top three leaders in the midsize pickup segment since January are the Toyota Tacoma, Chevy Colorado and Nissan Frontier. Consumers have purchased 242,692 midsize pickups in 2019.

Ranger is working to seriously compete in a highly competitive segment, and Ford is making big strides throughout the industry.

“Go back a little bit in time to fully appreciate the journey we’ve been on,” Hinrichs told the Free Press. “The 2013 model year, Ford was 27th in the survey. There were 34 brands and we were 27th. This has been a steady march.”

Both Ford and Lincoln rank among the top five automotive brands in the United States for the first time in the JD Power study, which for the past 33 years has analyzed problems reported by owners in the first 90 days of ownership.

This year, the F-150 and Super Duty trucks, along with Escape, Expedition and Flex ranked in the top three of their respective segments. Lincoln’s top-three models included Navigator, Nautilus and MKC. 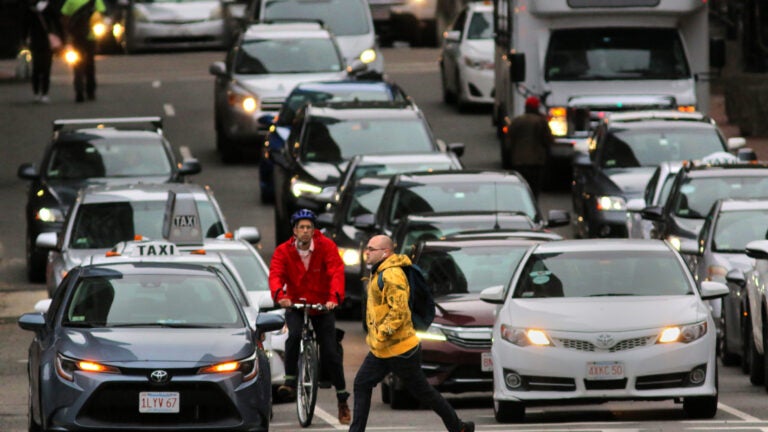