Marketer’s pitch: “The right size for any adventure.”

Reality: A bit of fun, but a bit of compromise.

What’s new: Hyundai introduced the Kona in 2018, touting it as breaking the mold for small crossovers. The little frog-like vehicle — especially in the bright green color tested — does do many things quite well.

Up to speed: The 1.6-liter turbocharged four-cylinder creates 175 horses. That’s a lot of oomph for a tadpole like the Kona. Zero to 60 takes 6.6 seconds, according to Car and Driver. (Lesser models take 2.5 seconds longer.)

Sport mode sends power to the wheels in a real hurry, although Normal mode doesn’t feel like a dog either. Sport mode is almost a little too peppy, like a poodle with a bad espresso habit — so go easy on the gas.

Shifty: The 7-speed dual-clutch transmission offers shiftability through the gear selector, and it works quite comfortably. Automatic mode works fine, although it can be a bit of a gear hunter in quick starts or passing situations. It’s best to be prepared to shift manually for best full-tilt results.

The transmission creates an Army Jeep ambiance, with a lot of jerky power when parking or moving slowly, especially in Sport mode.

A six-speed automatic is the base transmission offering for lesser Konas.

On the road: At higher speeds, the Kona channels a late-’70s Plymouth Champ — a gangly, triangulated amphibian zipping around the countryside. It seems to sail over crests and kind of swish around turns. It doesn’t feel sporty, just more fun Kiaish than squishy Hyundaiesque.

Driver’s Seat: The upgraded seats — leather trim with heating — included in the Ultimate trim level were supportive and reasonably comfortable, if a little slick. Expect any object resting on the seats to head south at the next hard stop.

The dashboard is typical Hyundai-Kia issue, which means clear and easy to read, although too many buttons are tossed to the left of the steering wheel. Seat ventilation is not available, like most vehicles in this category.

One other note — while most of the interior seems fairly upgraded, the door panels, window switches, and a few trim accessories feel like the cheapest of the cheap.

Friends and stuff: The Kona front seat can make one forget its cheap smallness (or is it small cheapness?), but backseat passengers certainly won’t. Behind my 5-foot-10 self, legroom and headroom were both quite snug, although the raised front seats allow for toe wigglage.

The rear seat itself is not terribly uncomfortable, which is above average for the segment.

Play some tunes: Having the Hyundai Kona right after the Acura RDX (spoiler alert) made it clear just how silly Acura’s new touchpad stereo control was.

The touchscreen in the Kona stands like an iPad from the dashboard and features knobs for volume and tuning. Buttons switch between sources and to map, and then everything operates via the touchscreen. Operation is intuitive, and features are easy to find and access.

Sound from the Infinity Premium audio system (315 watts, it says) is pretty good, somewhere in the B+/A- range.

Fuel economy: I averaged about 28 miles per gallon in the usual Mr. Driver’s Seat range of testing, kind of sad. Despite the turbocharger, regular unleaded is fine in the Kona.

How it’s built: Consumer Reports predicts its reliability to be a 4 out of 5.

In the end: Among the smallest of crossovers, I find the Kona to be among the most enjoyable, and that reliability number is a bonus. 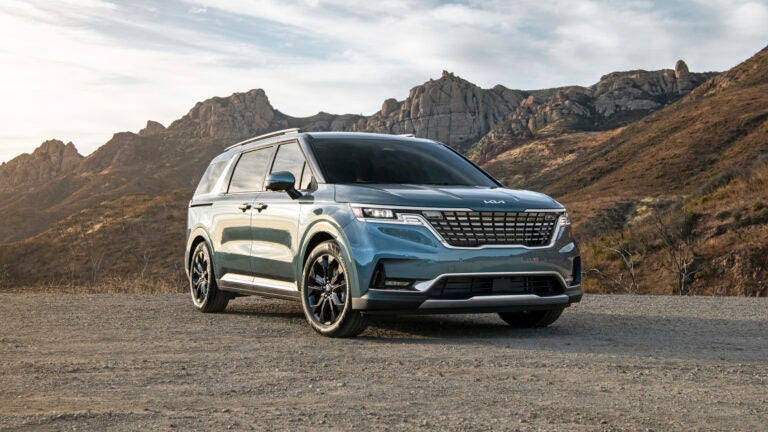