MANDELLO DEL LARIO, Italy — A motorcycle factory sits on the edge of Lake Como in a little town that proudly proclaims itself “La Citta della Moto Guzzi” — the city of Moto Guzzi. Artisans have been hand-fabricating motorcycle parts here since 1921.

Lately the venerable Mandello plant is working overtime. Moto Guzzi, in a bid to compete with leading European manufacturers, has nearly doubled its workforce to produce the V85 TT, an adventure motorcycle that will vie for customers with BMW’s GS, KTM’s Adventure, Ducati’s Multistrada and Triumph’s Tiger machines.

So far, the strategy is working. In the six months since it was introduced, the V85 TT has become the company’s hottest brand, far exceeding sales expectations. More than 70 percent of trade-ins on purchases of the V85 TT are from non-Moto Guzzi owners.

“That was our goal, to take new customers from the other brands,” production manager Nello Mariotti said recently as he guided a group of visitors through the factory. “We must make owners of other brands know, what is Moto Guzzi.”

Founded by two World War I airplane pilots and their mechanic, Moto Guzzi entered the European motorcycle market in 1923 and was soon Italy’s leading bike builder. The company manufactured affordable scooters for commuters and elegant, expensive race bikes for enthusiasts — machines that dominated the European Grand Prix circuit. For a time, even the Los Angeles Police Department used Moto Guzzis for its motorcycle fleet.

Despite its successes, the company began to wane. Its founders died; its funding evaporated. Moto Guzzi endured decades of ownership changes before finally being absorbed into the giant Piaggio Group in 2004.

Overshadowed in sales by Piaggio’s Vespa and in media attention by its Aprilia brand, Moto Guzzi became a niche player. It was followed by a small but passionate number of “Guzzisti.” More than 30,000 of them assembled at the Mandello factory for the 2018 Moto Guzzi World Days gathering.

The V85 TT is the company’s play to re-enter the big leagues. With the PR assistance of actor Ewan McGregor — a longtime Guzzisti and recent V85 TT convert — the company is boasting that it has built a tough, tractable machine for the “adventure” market, promising that the V85 TT is capable around town, comfortable on freeway tours and durable enough for off-road riding.

Ed Cook, who operates the AF1 Racing motorcycle shop in Austin, Texas, has had the V85 TT in stock for only 45 days, but he has sold half of the 16 he ordered from Moto Guzzi. He’s ordered 12 more.

“We had more pre-sales on this than any bike we’ve ever sold,” said Cook, who’s been selling Italian motorcycles at AF1 since 2001. “It’s a fresh new design, and a fresh new motor, and it’s a really good bike. Customers are excited about them.”

After a week of piloting a V85 TT around Northern Italy, I understood. Extremely easy to ride, the retro-styled new bike is a marvelous commuter machine and quite at home on the motorway.

The 850cc V-twin motor hums nicely, and at 80 horsepower and 59 pound-feet of torque pulls strongly and produces surprisingly little vibration. Over a series of Alpine riding days in June and July, the bike easily conquered the Spluga, Maloja, Julier, Fluela and Albula passes. Despite many long hours in the saddle, I was only eager for more.

A smooth six-speed gearbox and riding modes designed for road, rain and off-road situations made the most of the power, and the combination of a low seat height, low center of gravity and that V-twin engine contributed to the bike’s graceful handling.

In a few off-road excursions — the “TT” in the name stands for “tutto terreno,” or all terrain — I quickly learned two things: The V85 TT, with its stock tires, is happy on a dirt road or sandy trail but is no match for muddy Alpine meadows recently exposed by melting snow; and the bike, thanks to its V-twin engine construction and the rear luggage boxes my model was wearing, is pretty easy to pick up when rider expertise cannot keep it from tipping over.

Critics of the bikes will note that it doesn’t have the power or the build quality of its BMW, KTM, Triumph or Ducati counterparts. But at $11,990 for the stock V85 TT and $12,990 for the V85 TT Adventure model, the Moto Guzzis cost several thousand dollars less than those more established European competitors.

Mariotti and other Moto Guzzi officers hinted repeatedly during our Mandello visit that the all-new, air-cooled engine that powers the V85 TT will be the propulsion behind an entire new line of mid-size motorcycles.

That could work, but Moto Guzzi needs to improve its marketing and distribution game, said Robert Pandya, a veteran motorcycle industry executive who worked for several years for Piaggio’s Aprilia brand.

“Moto Guzzi’s brand reputation and their dealer base is pretty weak,” Pandya said. “If they are not actively committed to a being a part of the adventure riding world, on a consistent basis, for years to come, it’s going to be difficult for them to gain a foothold — no matter how good the bike is.” 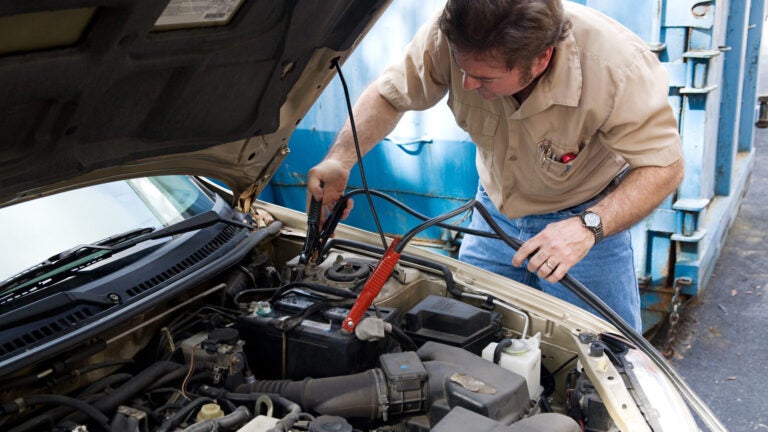 Can I choose which car battery brand to purchase?