The Corolla hybrid checks just about every box: fuel economy, value and — with a couple of disappointing but unsurprising omissions — safety features.

It’s not remotely sporty, despite the generous torque that comes with electric power, but come on, it’s a Corolla. Don’t ask for miracles, although some would say the 57.2 miles per gallon I got in mixed driving on highways and surface streets qualifies as one.

The Corolla hybrid is in dealerships now.

Prices for the Corolla LE hybrid start at $23,100. That’s in the middle of the range for compact hybrids and $3,500 up from the base gasoline-powered Corolla.

The front-wheel-drive hybrid has a 1.8L gasoline engine and electric motor. A continuously variable transmission is standard. The system’s total power is 121 horsepower, the same as in Toyota’s slightly larger Prius hybrid. 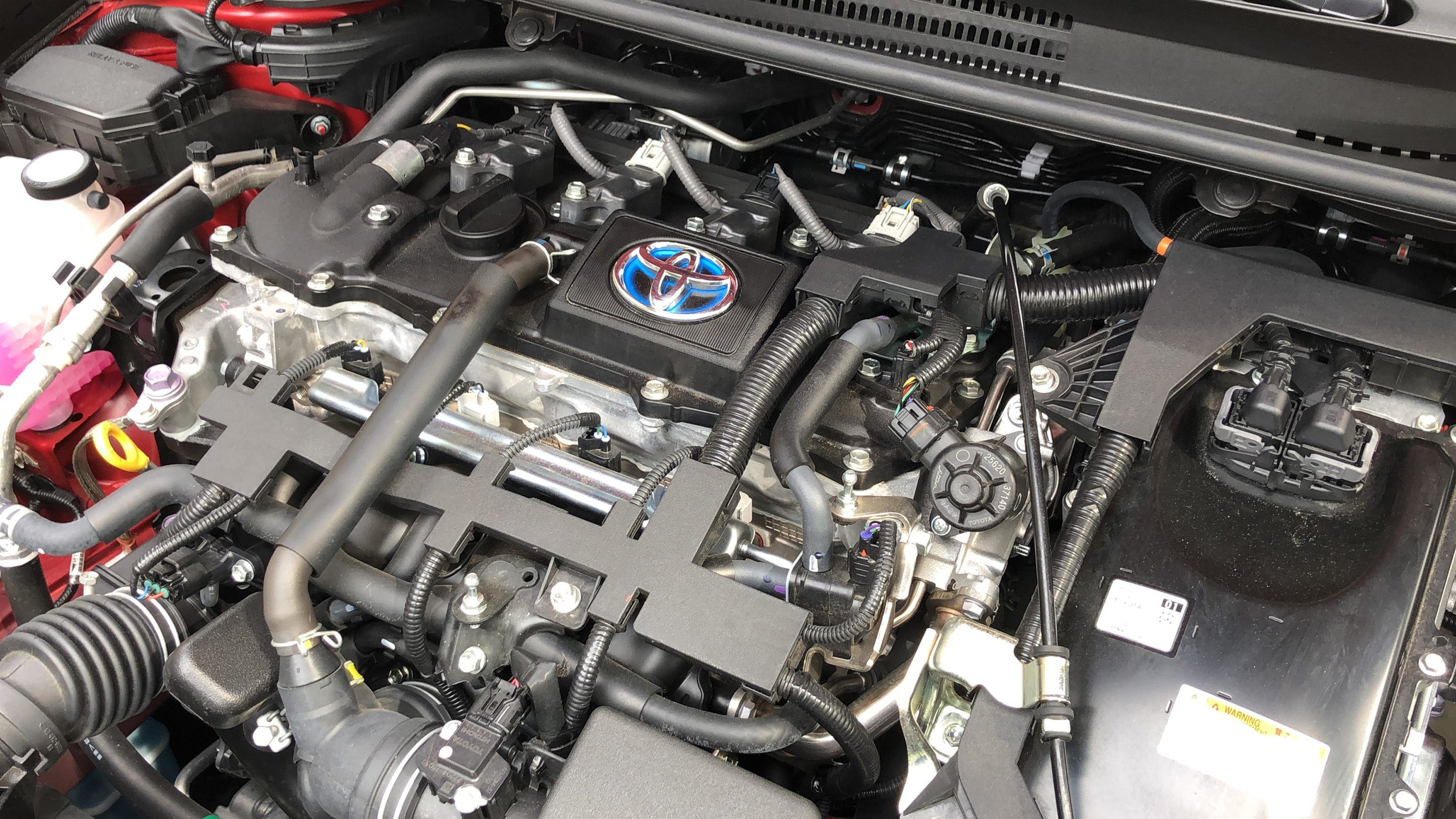 The Prius costs a bit more and has more passenger and luggage space, despite being shorter than the Corolla. Chalk one up for hatchback over sedans. But while the Prius’s styling screams “Hybrid!” the Corolla looks like just another small car. Along with its slightly lower price, that should help it appeal to different customers. Anonymity suits some people to a T.

The Corolla is a roomy and practical small car. My test vehicle had cloth seats with manual adjustments that were comfortable over the course of a day behind the wheel. Big windows provide good sightlines, except, of course, when the little sedan is surrounded by SUVs.

An 8.0-inch touch screen rises above the center stack in the middle of the dashboard. The display is clear, though Toyota’s touchscreen and voice recognition system are response are unintuitive and slower than the best competitors. Adding a “back” button wouldn’t hurt, either.

The USB port to connect smartphones is very difficult to find, a black opening in stretch of black plastic near the front passenger’s left knee. It’s harder to reach than the more central USBs most competitors design, and lacks a nearby spot to hold your phone.

THAT’S NOT A TYPO, IT’S MY FUEL ECONOMY

The Corolla’s hybrid system seamlessly combines gasoline and electric power killing and restarting the engine smoothly at stoplights and when cruising at a steady speed. The gasoline engine is a bit noisy under strong acceleration, despite its modest output. Torque from the electric motor steps in to provide acceleration around town and comfortable cruising at highway speeds.

The Corolla hybrid’s nickel-metal hydride battery is hardly cutting-edge technology, but it does the job, despite being heavy and less energy-dense than the pricier lithium-ion batteries most modern hybrids use.

The steering is light and numb. I found the lane departure assist a bit fussy and turned it off. Nothing else about the Corolla’s road manners draws attention.

The numbers on the fuel economy readout do, though. I averaged 59 miles a gallon running errands for 90 minutes in heavily built-up suburbs.

On a crowded, fast-moving urban highway, the Corolla kept pace easily with 80-miles per hour traffic. I dialed back to the speed limit for fuel economy’s sake when I got to open highway for a 150-mile run.

I scored 57.2 miles per gallon over the whole day, without really trying.

The Corolla hybrid’s not a compelling car to drive, but that was true of the millions of gasoline-powered Corollas Toyota sold, too. The hybrid’s fuel efficiency and value demand attention, whether you’re concerned about melting ice caps or your monthly budget.

Anyway, Porsche has proven you can build hybrids that are fun to drive. There will be plenty more.