Price: $73,295 as tested. Premium Package added $1,400 for wireless charging, remote start, head-up display, and WiFi; Driving Assistance Package added $500 for lane departure, park distance control, and more; Frozen Grey Metallic Paint made the car look like it was made of pewter for $3,600; and 19-inch wheels added $600. More options detailed below.

Conventional wisdom: Motor Trend says “The new BMW Z4 only exists because Toyota wanted a new Supra.” Note to self: Test the Supra.

Reality: Such a stress relief, it should be covered by your health plan.

What’s new: This M40i version of the Z4 Roadster is all new for 2020. It offers the M Sport inline-six engine with more horsepower, and better suspension and handling, the company says.

Up to speed: Well, now. This makes all the other BMWs seem stodgy.

The 3.0-liter TwinPower turbo six-cylinder makes 382 horsepower, an increase of almost 50 over the previous year’s six-cylinder. Its 0-60 time is 3.9 seconds, BMW reports, half a second faster than before. People need training to drive this car — contact me, and I’ll help — because it can get away from you at open throttle.

On the road: The handling is, of course, delightful. Head into a corner at about 15 miles per hour and start giving it the gas, and the car takes off with just enough shimmy to make things fun. But let’s be careful out there.

And curves make driving the Z4 an absolute delight.

Shifty: The 8-speed transmission handles all the gear changes efficiently as well, whether automatically or through the joystick or steering wheel paddles.

The Roadster also comes with plenty of driving modes — Sport, Comfort, EcoPro and more. And Sport even comes with Individual and Sport Plus modes, the last one allowing all kinds of fun exhaust noises to entertain small children and colleagues (sometimes hard to individuate).

The controls — a plastic touch pad next to the start button — never made me eyes-off-the-road confident, though. I’ve never hit a starter button while traveling on the highway, but it felt like a real danger.

Stop and go: One down side to the Z4 could be city traffic. The car seemed to lurch a bit when faced with stop-and-go driving, even in other modes besides Sport Plus. This secretly pleased me, though, because if it’s going to lurch anyway, I may as well enjoy the cool exhaust burbles while baking in the hot sun.

Driver’s Seat: Pilots sit low in the cockpit, of course, but not so far down that it’s an uncomfortable experience. The leather seats are soft yet supportive and not at all tight.

Friend and stuff: You’re only bringing along one person in the Z4. But the two-seater offers plenty of storage for its class, with room for bags behind the seats and a spacious trunk for its class — 10.9 cubic feet.

The knob-controlled system (which touchscreen options, of course) works like always in the BMW — clearly and cleanly.

Keeping warm and cool: We experienced some chilly nights and hot days, and I’m pleased to report the Z4 was up to the task of heating and cooling with the top down. Button controls are a little fussy but become easier over time.

Night shift: The headlights sat just a touch low, but interior lights were not a problem.

Fuel economy: I averaged about 23 miles per gallon in a week of driving like I was being chased. The Z4 only wants premium, the snob.

How it’s built: Consumer Reports predicted the reliability of the 2019 model to be 3 out 5 stars.

In the end: This is not just a car; this is therapy. I’m still fighting with Blue Cross to have it covered, because it’s past time for another dose. 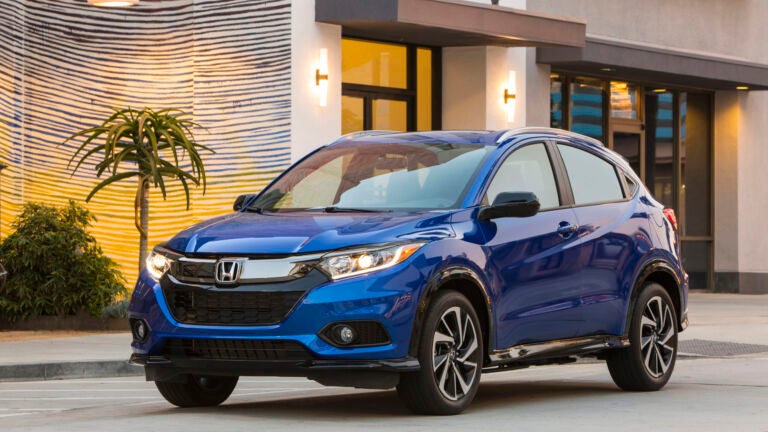 Should a battery fail on a 2-year-old vehicle?