The year’s most anticipated bargain is the 2020 Corvette C8, a $60,000 mid-engine supercar offering the same performance thrills of European sports cars costing four times as much.

But on a more utilitarian front, the three-row Korean twins — the Hyundai Palisade and Kia Telluride — are just as remarkable.

Introduced, respectively, at the 2018 Los Angeles and 2019 Detroit auto shows, the Palisade and Telluride wowed with good looks and high-tech interiors. But as these vehicles have come to market, the automotive world is realizing they offer game-changing value.

Both feature luxury styling, that — when paired with their standard content — should make anyone question why they are paying tens of thousands more for a three-row luxury sport-utility.

“What’s the most impressive three-row SUV you have driven this year?” a group of successful female entrepreneurs asked me at a social gathering this summer.

“The Hyundai Palisade or Kia Telluride,” I responded.

They were horrified, having expected the answer to be a Range Rover or Volvo XC90 or Audi Q7 — vehicles they aspired to as successful business people.

“Not a Kia. And how dare they use the name ‘Telluride’?” scoffed one.

I get it. Brand matters.

I tested a Kia Telluride earlier this year, so let me catch you up on the Hyundai Palisade first. I’ve put a lot of miles on it in Metro Detroit and on a long-distance trip through Virginia. 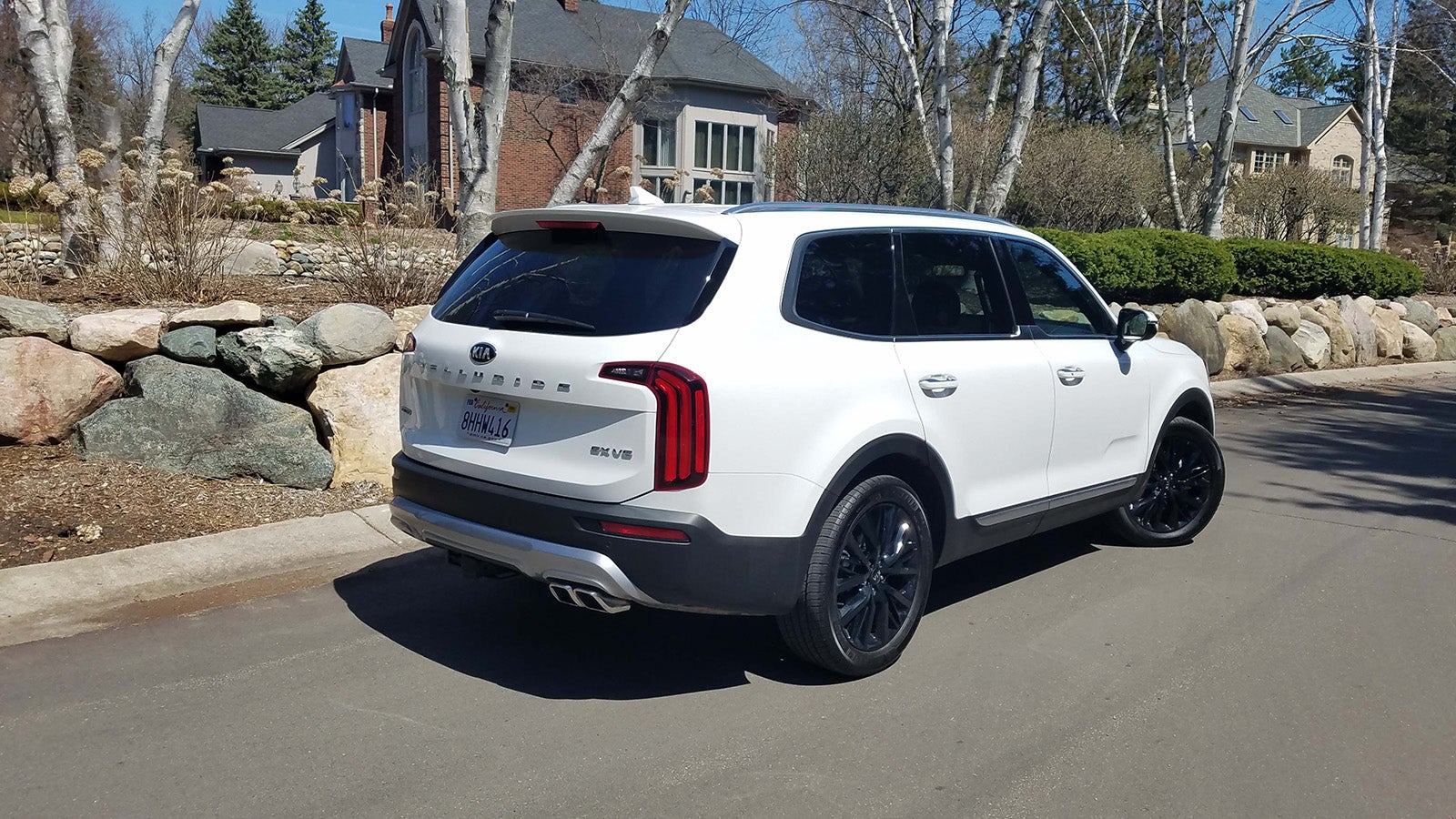 I parked it at an Oakland County shopping center next to a Cadillac XT5 SUV. Both Koreans have cribbed heavily from Cadillac’s vertical design style. Except for its badge, the Palisade looks like a luxury ride. It has gorgeous LED headlight piping. More taillight LED piping out back. Chrome-lined grille. Big, beautiful, 20-inch wheels. P-A-L-I-S-A-D-E spelled out across the tailgate.

How much would you pay for this? In a Toyota Highlander, the Limited Platinum trim will cost you $47,000. The Ford Explorer Limited costs $50,000. The loaded Hyundai Palisade SEL only asks $43,155 of your wallet.

This is no Dollar Store special like the Hyundai sedans I saw at the Detroit auto show in 2000. The interior is not only luxurious but meticulously rendered with fine materials and clever details like USB ports for second-row passengers embedded in the front seat-backs.

Out of the instrument panel a pane of glass extends across the Palisade’s dash, enveloping the infotainment touchscreen like — well, a Mercedes. On the touchscreen, I tap Talk Mode. A speaker allows conversation with third-row urchins back there. Clever.

The huge center console under the touchscreen houses redundant control buttons and a fancy, electronic button-shifter fashionable these days on everything from Corvettes to Hondas. You get used to it — and it opens acres of space (more on that later).

A student of ergonomics, the Palisade borrows a sliding center-console door from the the Honda Pilot. Hyundai’s solution is not as big (a purse won’t fit in there) but it will hold your fast-food meal — and your purse can go in the big cubby underneath the console. Slide the door over the console and (Pilot-like) its raised ridges will keep your cellphone — or anything else you place there — from sliding off.

In back of the front leather thrones of the Hyundai Palisade are two more rows of leather-wrapped luxury. Access to the third row is as simple as pressing a button on top of the second-row seat, and — VROOOOMP! — the seat slides forward (another page from the Pilot’s book).

Stash the kiddies in the third row and they’ll be snug as a bug in a rug. They get USB ports, cupholders and reclining capability just like they were in Dad’s living room chair. They’ll miss only the Highlander’s two-pane panoramic sunroof versus the Hyundai’s mere sunroof.

The best buys in class, the Korean twins’ closest competition is one another.

The Kia Telluride’s tidy Cadillac-meets-Range Rover exterior design gives it a leg up on its Hyundai sibling. It consistently turns my head on road — a tribute to a Kia design team that has been hitting home runs from the wee Sportage ute to the sexy Stinger muscle car.

To compare the two, I stepped up to the fully tricked-out $47,605 Hyundai Palisade Limited and $48,100 Kia Telluride SX (comparable competitors were well over $50,000) and drove them for a week.

The Palisade Limited gains a luxe-like 12.3-inch digital instrument display (the Telluride SX sticks to analog gauges). Both Koreans get neat tricks like head-up displays and cameras under the mirrors to give drivers one more look at their blind spots (in addition to mirror-based blind-spot monitoring) before changing lanes. The Palisade’s bigger digital panel allows for even better viewing with this feature.

Interior technology like voice commands are premium-class good. The Palisade’s console is beautifully thought out, rivaling a Ram 1500 pickup for space and convenience. The Telluride’s upright shifter matches Kia’s sporty image, but the Palisade’s button-shifter opens up lots more storage space like that sliding console drawer.

Waiting in a three-hour Virginia traffic delay (caused by an 18-wheeler accident on a two-lane bridge), I made the Palisade my office. I plugged my laptop into the 12-volt rear console plug and charged my phone in a USB port. I munched on a box of Chick-fil-A nuggets in the console drawer next to two cups.

The Koreans both use a 3.8-liter, 291-horse V-6, which is just right for this three-row class: excellent low-end torque mated to a smooth shifting, 8-speed box.

If you have a need for speed in this class, then the raucous 400-horse, $59,000 Ford Explorer ST is unique. But the bargain Palisade or Telluride look like premium utes from a class above — for $30,000 less.

Lows: Less versatile console and a few dollars more than the Palisade 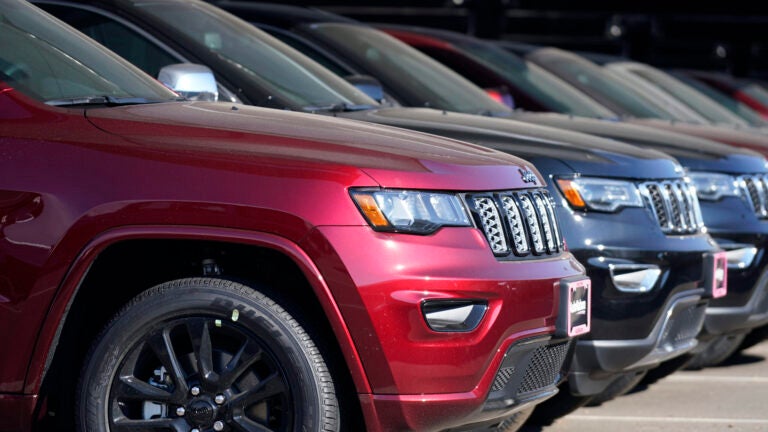