The SUVs are bigger than previous models for more people and cargo and will be sold in twice as many trim levels.

GM also laid out its plans to upgrade the factory where the vehicles are assembled as part of a $1.4 billion investment.

“The reason we invested in all of that and worked so hard on these all-new versions of the SUVs is because we are here to win,” said GM President Mark Reuss at Tuesday night’s unveiling of the new vehicles to the media. “These changes will ensure the Tahoe and Suburban will set the pace for many years to come.”

Reuss said the new Tahoe and Suburban will dominate the segment primarily through customer loyalty to the brand and the vehicles. He noted he grew up being “hauled around” in one and his grandfather drove a Suburban school bus in a small rural town.

Still, “With an increasing number of SUVs on the market, we knew the all-new Tahoe and Suburban needed to reach higher than ever,” said GM Vice President of Global Product Programs Tim Herrick. “We transformed Tahoe and Suburban to offer all-new technologies and features and deliver a better driving experience.”

Both vehicles will go on sale in the middle of next year in North America, GM said.

The new SUVs join new Chevrolet Silverado and Silverado Heavy Duty pickups to complete the redesign of Chevrolet’s full-size pickup and SUV lineup within 24 months, and are key to Chevrolet’s sales.

“We’ve taken what people love about these pioneering SUVs and made them even better — adding more room for people and cargo, more advanced technology and an unrivaled driving experience,” said Barry Engle, GM’s president of North America.

GM CEO Mary Barra said the SUVs are critical to GM’s revenues and these new designs were made with the customer’s top preferences in mind.

“We always want to work to strengthen our position in the market,” said Barra. “We looked at every single detail and took it to the customers. We are looking to put the customer at the center of whatever we do.”

The Tahoe accounts for nearly one of every four full-size SUVs sold in the U.S. When it’s combined with the long-wheelbase Suburban, Chevrolet accounts for 45 percent of the full-size SUV segment, almost double the share of its closest competitor this year, GM said.

But through the third quarter, Chevrolet sales are down 3.5 percent. GM sold 2.9 million Chevrolets, the company said in its third-quarter earnings release. In that time frame, Chevrolet sold 41,686 Suburbans, down 8.2 percent. But its sales of the Tahoe are up 1 percent to 80,103.

Despite the Suburban’s year-to-date sales decline, both SUVs are important vehicles in Chevrolet’s lineup, and they are also celebrities in their own way.

On Dec. 5, the Suburban became the first vehicle to get an award of excellence in film and television from the Hollywood Chamber of Commerce. The award star is located on Hollywood Boulevard and Highland under the Dolby Arches, an area adjacent to the Walk of Fame.

GM said the two SUVs have appeared in more than 2,500 films and television shows since the Tahoe was introduced in 1995.

GM builds the Tahoe and Suburban SUVs at its plant in Arlington, Texas, alongside the GMC Yukon and Cadillac Escalade full-size SUVs.

GM has pledged to spend $1.4 billion on a 1.6-million-square-foot expansion of the facility to improve production efficiency and build the new 2021 Tahoe and Suburban.

“Arlington has 4,800 employees that produce a vehicle every minute, six days a week to keep up with demand,” said Reuss.

The investment includes a new, 1 million-square-foot body shop and a 600,000-square-foot expansion of the paint shop, along with new, high-precision camera- and laser-based inspection systems that offer more sophisticated quality checks, GM said.

“This strategic expansion brings the latest in manufacturing and inspection technologies, while adding procedures designed to improve the quality and durability of the Tahoe and Suburban,” said Bill Kulhanek, plant executive director at Arlington Assembly.

The Arlington investment allows GM to make fundamental changes in the all-new vehicles’ design. Those include:

A stronger body architecture with an integrated front end.

A new underbody structure designed for the Tahoe and Suburban’s independent rear suspension, which is the foundation for a roomier third row, improved ride and handling and greater cargo capacity.

GM’s investment upgrades at Arlington are part of the carmaker’s $5 billion investment in U.S production of new full-size pickups and SUVs.

“More than the physical changes, the Arlington upgrades increase assembly flexibility in the plant, allowing for more model and trim variations,” Kulhanek said.

That means more options for customers. GM said the trim range for the Tahoe and Suburban SUVs expands from three to six. Each trim will have distinct designs and features, said GM. The current Tahoe and Suburban are offered in LS, LT and Premier trims. The 2021 models will come in LS, LT, and RST, which is a new trim. It was previously a special edition package.

Premier, the “most elegant in the family with chrome accents and dimpled grain,” said GM’s Phil Zak, executive director of global Chevrolet.

Z71, a new trim that was previously a stand-alone option package.

The SUVs both are offered in three engine choices including a Duramax diesel, which no competitors currently offer, said Zak.

The cars are also available with up to five full-color screens inside and a new infotainment system, said Zak.

The Tahoe has ranked highest in the large SUV segment in the J.D. Power 2019 Initial Quality Study.

But earlier this year, on Oct. 31, GM recalled about 638,000 SUVs and pickups for a defective sensor that could cause braking problems. The recall covers 2015-20 Chevrolet Suburban, Tahoe and GMC Yukon SUVs.

The new 2021 Chevy Suburban and Tahoe: 4 questions I have to ask 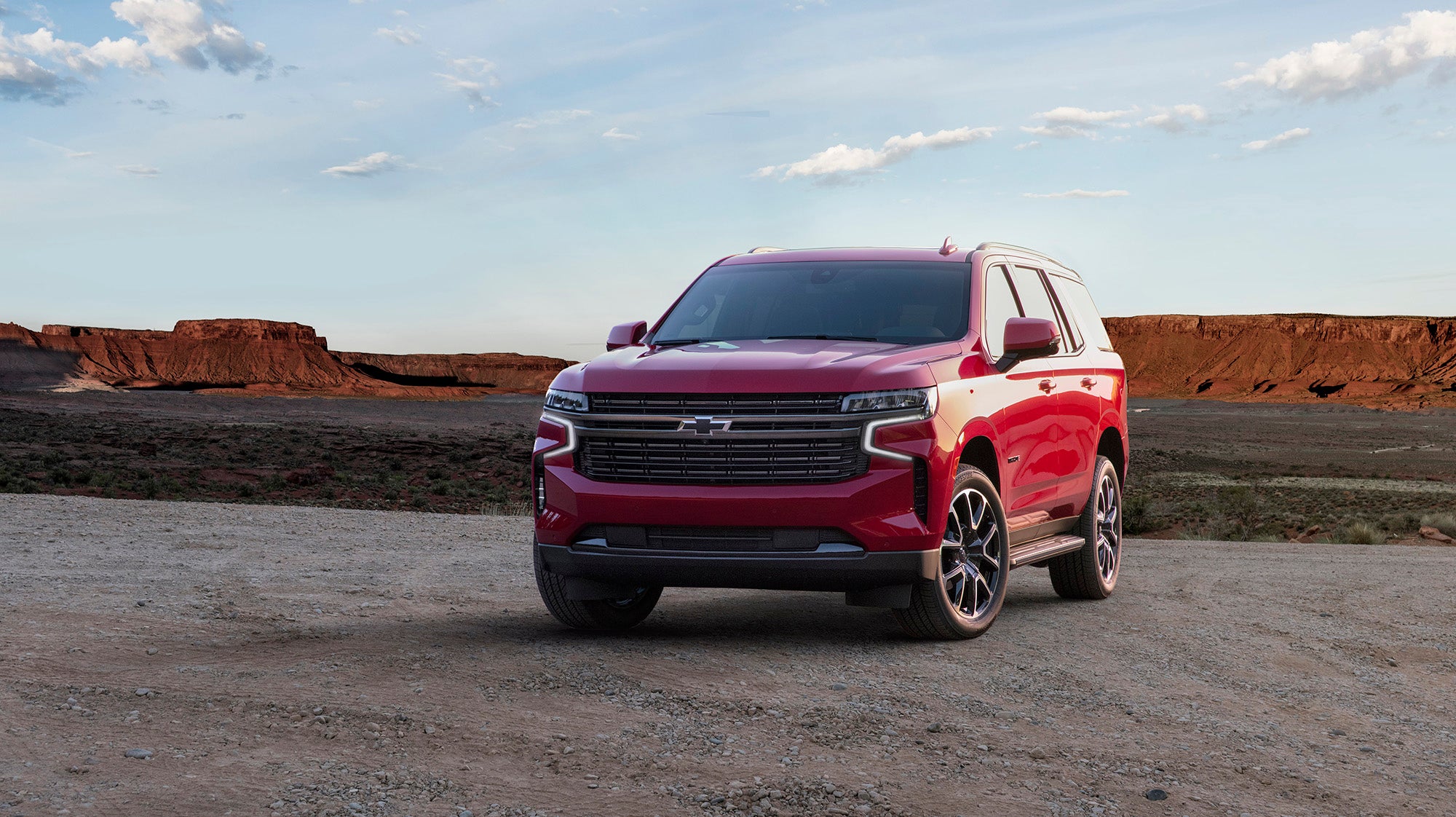 The 2021 Chevrolet Tahoe and Suburban SUVs are packed with new features, but they also carry a heavy load of questions. The old models were America’s best-selling big SUVs by a wide margin, with a commanding 45 percent share of the market.

It would’ve been easy to make a few small changes and call the result “new,” but GM rolled the dice with radical changes, risking a sure thing for a chance at a bigger payoff. Already big, the SUVs grow up to 6.7 inches longer and swap an old but reliable suspension for a new one that increases comfort but adds weight.

Does anybody want a bigger Suburban?

The Tahoe was already one of the biggest vehicles on U.S. roads, but its third-row seat was a penalty box and the cargo space behind it was a bit of a joke in a 17-foot-long SUV. The Suburban only grows 1.3 inches, but at nearly 19 feet it was already the longest vehicle in its class.

Will owners appreciate the extra passenger and cargo space more often than they curse the vehicle’s length as they search for a parking space?

And what does that do to fuel economy?

All that extra room comes at a cost, and part of the cost is weight. The 2021 Tahoe and Suburban weigh from 50 to 200 pounds more than their predecessors, depending on the model. Holding the increase that low while stretching the vehicles is an accomplishment, but one that will be quickly be forgotten if the new models powered by the 5.3L and 6.2L gasoline engines don’t show some fuel economy improvement over the previous smaller vehicles.

It may not be fair, but it’s true.

Chevy is guaranteed at least one positive headline on fuel economy: It’s a virtual certainty the Tahoe and Suburban’s new 3.0L diesel engine will be the most fuel efficient in the segment.

When will we see electrification?

Big SUVs may be the last frontier for hybrid and electric vehicles, but leadership isn’t just about selling more vehicles than the competition. It’d be nice to see GM using some new form of electrification in the Tahoe and Suburban. It could be as simple as a 48-volt start — like Ram uses in its 1500 pickup — or as elaborate as a plug-in hybrid.

GM may have those or other features up its sleeve for the pricier GMC Yukon and XL and Cadillac Escalade — all based on the same engineering as the Tahoe and Suburban.

That doesn’t make it unreasonable for people spending $50,000 to $70,000 on the big Chevy SUVs to expect technology that makes them feel good about driving a big SUV, though.

And improved interior design and materials?

Chevy took a merciless beating for the interior look and features of the Silverado pickup, which shares much of its engineering with the Tahoe and Suburban. They’re not bad, but they don’t have the creativity and appeal of models like the Ford F-150 King Ranch and Ram 1500 Laramie Longhorn.

It’s not a matter of spending more on the interior — though that would be fine, too — as much as giving Chevy’s designers permission and time to step outside the box. 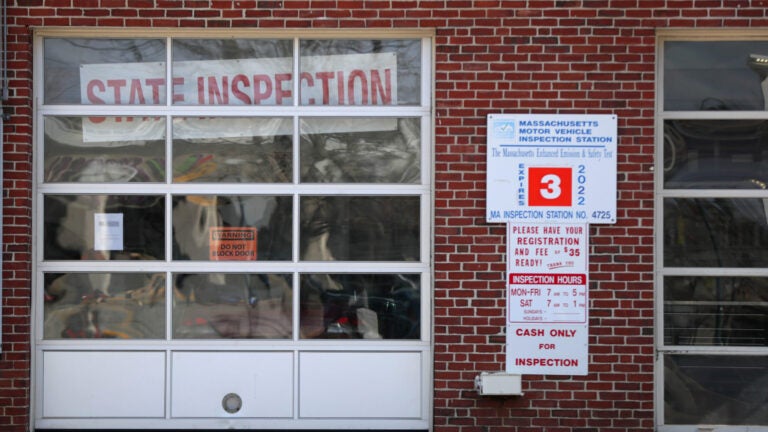 My car failed its annual state inspection. Now what?